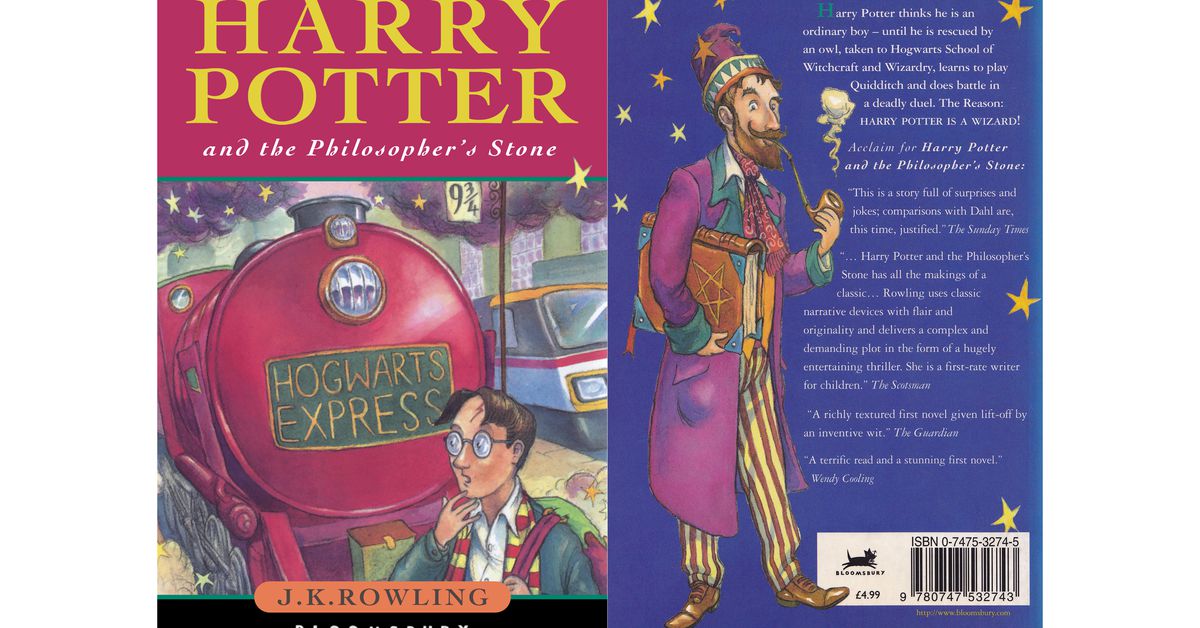 The first edition of the book is a fascinating historical record compared to the scope of the global franchise that would emerge from it. It contains some typos, including one on the back where "Philosopher's" is misspelled as "Philospher's" and another in which a device list contains a repeated line. It's a bad start for what would become one of the best-selling books of all time.

Although not exclusively the first edition of the book, this one also contains a bizarre illustration on the back of a wizard who never appears in any of the Harry Potter books. It later turned out that the illustrator, for whom the book was his first assignment, never read it before making the drawing. The picture was eventually replaced by a picture of Albus Dumbledore.

Unfortunately, if you also have a first edition of the book, it is unlikely to be as valuable as this one, signed by JK Rowling himself in 2003, before being sold at a charity auction

Jeff Bridges says he was diagnosed with lymphoma