The first president of Slovakia, Zuzana Caputova, takes office in a divided country 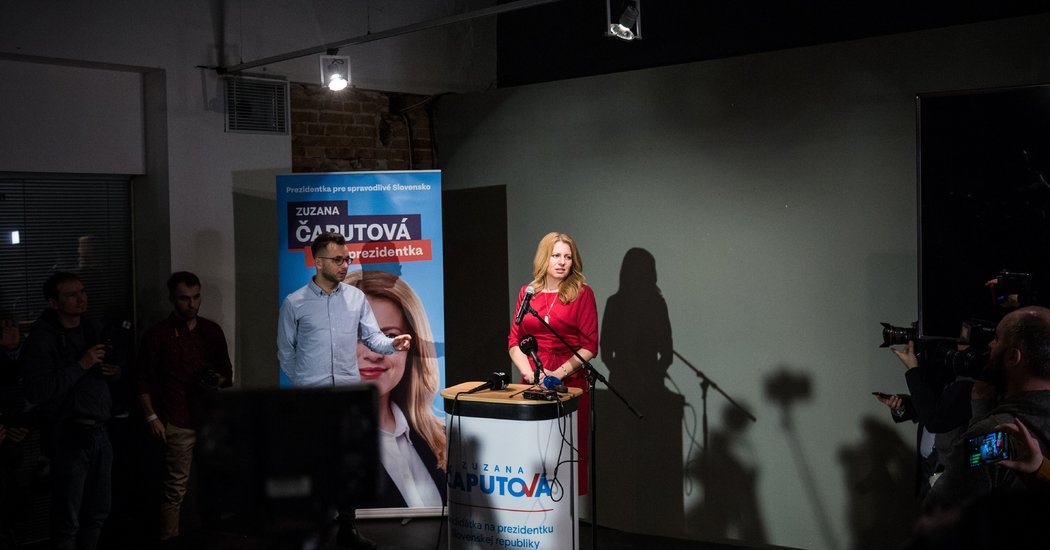 "It was just brutal how the state could ignore the will of the people," Mr. Pavlovic said. Caputova said she was pregnant when she joined the landfill. "Motherhood inspired me to get involved," she said. The case soon took her life. On the same day she went to work, she did a legal briefing.

Mr. Pavlovic said that she was nothing but stubborn and stubborn. There were many times, before they won the landfill, that everything seemed overwhelming and hopeless. "She was the one who would motivate others," he said. "And she has lost a lot of herself."

Mr. Pavlovic said she helped him deal with the pressure by introducing him into meditation.

"I try to meditate every day," said Ms. Caputova. As a teenager, she first came across Zen meditation books and has practiced regularly for 13 years. "I'm not sure how we'll do it now," she added. "But regular practice is important to me."

Mr. Pavlovic recalled that for the first time since a meditation session at the beginning of last year, Ms. Caputova was thinking about the idea of ​​running for president.

"She asked me what I think," he said. "I remember she was very unsure about joining politics."

"My first reaction was, of course," That's fantastic, "he said," but she told me to think about it. "

After thinking about it, he sent her a passage from a favorite book, like it There are two ways to choose, the way of the dragon that flies into the sky, and the worm digs deep into the ground.

In order to do well the president's job, she would have to make the harder choice that Worm.

"But on election night," he said, "I told her that she had finally managed to connect these two roads into one."