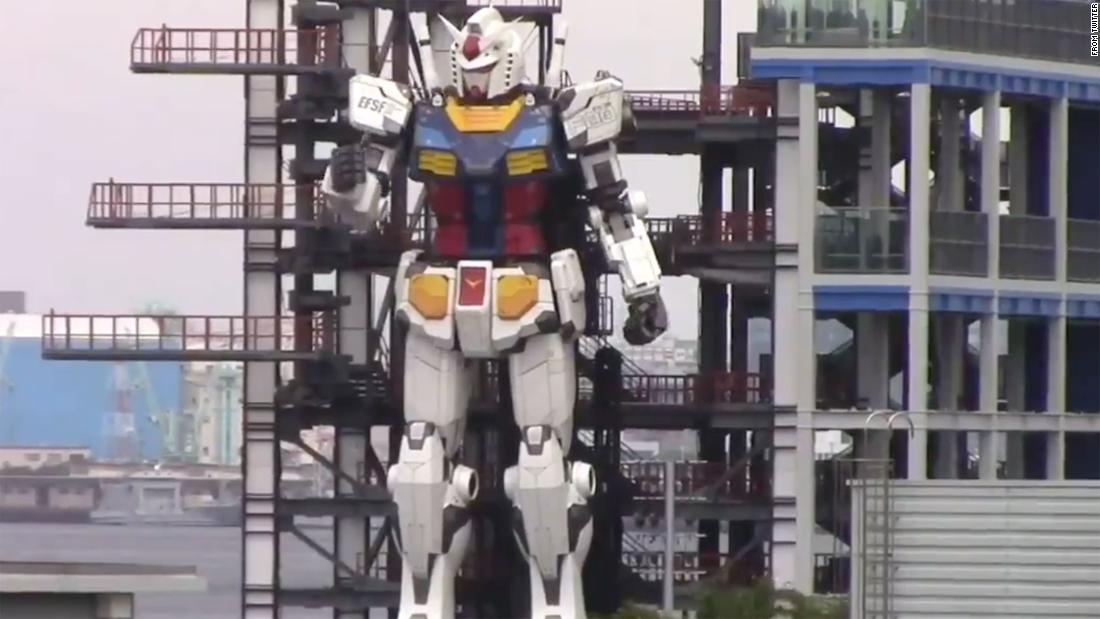 The massive humanoid resembles a robot from “Mobile Suit Gundam,” a popular television series from the late 1970s, and can be seen walking, kneeling, and gesturing in a video of the test posted on Twitter on Monday.

The robot, which has been in operation since 2014, is nearly 60 feet tall and weighs 24 tons. More than 200 parts are made from a mixture of steel and carbon fiber reinforced plastic, according to the company that made it.

It should be on display at Gundam Factory Yokohama, a new attraction that allows fans to get up close and personal with the creation and learn how it was created.

The attraction was due to open in October 2020, but due to the coronavirus pandemic, visitors will now have to wait a little longer.

9,” said a statement from the company that operates the website.

“We apologize to all of our fans who were looking forward to our opening and ask for your understanding.”

The team expects the factory to open “within the year”. Details will be posted on the company’s website.

Anime originated in the early 1900s when Japanese artists like Oten Shimokawa began experimenting through trial and error to create short animated films.

But back then, animation was expensive to produce and works from Japan were overshadowed by Disney’s success.

During World War II, the genre expanded when the Japanese military government ordered animators to make propaganda films to influence the masses.

More recently, commercial hits like “Pokémon” and “Dragon Ball Z” have brought anime to audiences around the world.