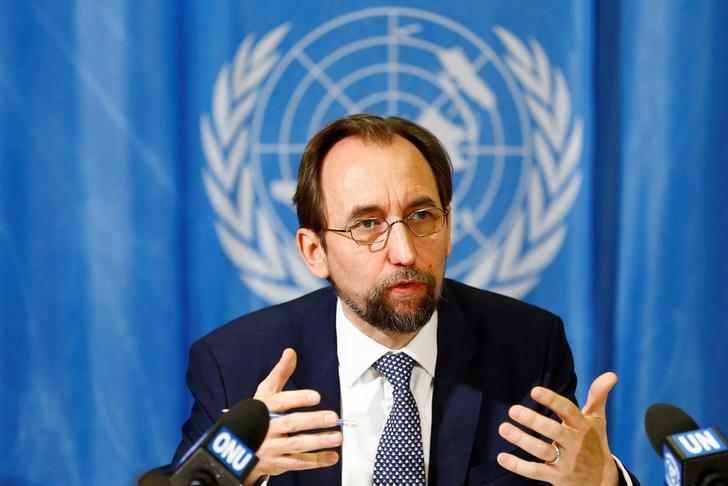 GENEVA (Reuters) – Israel must stop the excessive use of force by its security forces in Gaza and hold those responsible responsible for the many deaths and injuries Palestinians have suffered over the past month, said the UN Human Rights Commissioner Friday ,

UN High Commissioner for Human Rights, Zeid Ra'ad al-Hussein, said in a statement that 42 Palestinians had been killed and more than 5,500 injured in Gaza in the past four weeks, without Israeli victims being reported.

"The loss of life is deplorable, and the staggering number of live ammunition injuries only confirms the feeling that excessive force has been used against demonstrators – not even twice, but over and over," said Zeid.