The heat trapped beneath the Arctic surface could melt the ice of the entire region: study 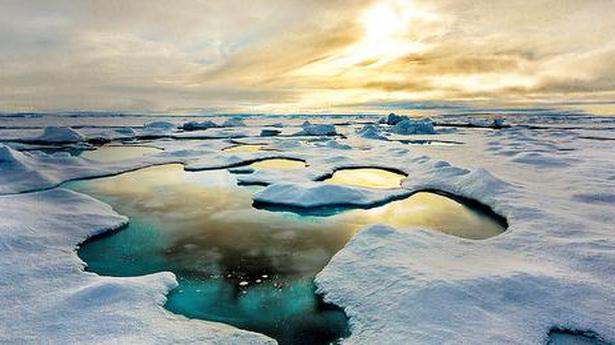 "Archived" heat trapped beneath the surface of the Arctic has the potential to melt all of the region's sea ice, the scientists warn.

The study published in the journal Science Advances shows that Arctic sea ice is not threatened only by the melting of ice on its edges.

Warmer water, hundreds of miles away, has penetrated deep into the Arctic, researchers have found.

"We document a striking ocean warming in one of the main basins of the inner Arctic Ocean, the Canadian Basin," said Mary-Louise Timmermans, a professor at Yale University in the US. The upper ocean in the Canadian basin has experienced a twofold increase in heat content in the past 30 years, the researchers said

They traced the source hundreds of kilometers to the south, where reduced sea ice exposed the surface ocean to more summer solar heat. Conversely, the Arctic winds drive the warmer waters to the north, but below the surface waters.

"This means that the effects of sea ice loss are not limited to the ice-free regions themselves, but also lead to increased heat storage inside the Arctic Ocean, which can have effects on the climate well beyond the summer season," Timmermans said ,

"Currently, this heat is trapped beneath the surface layer, and when mixed to the surface, there is enough heat to completely melt the sea ice that covers that region for most of the year," she said.

Avoid coronaviruses when you leave home: 12 things you can do to ensure security