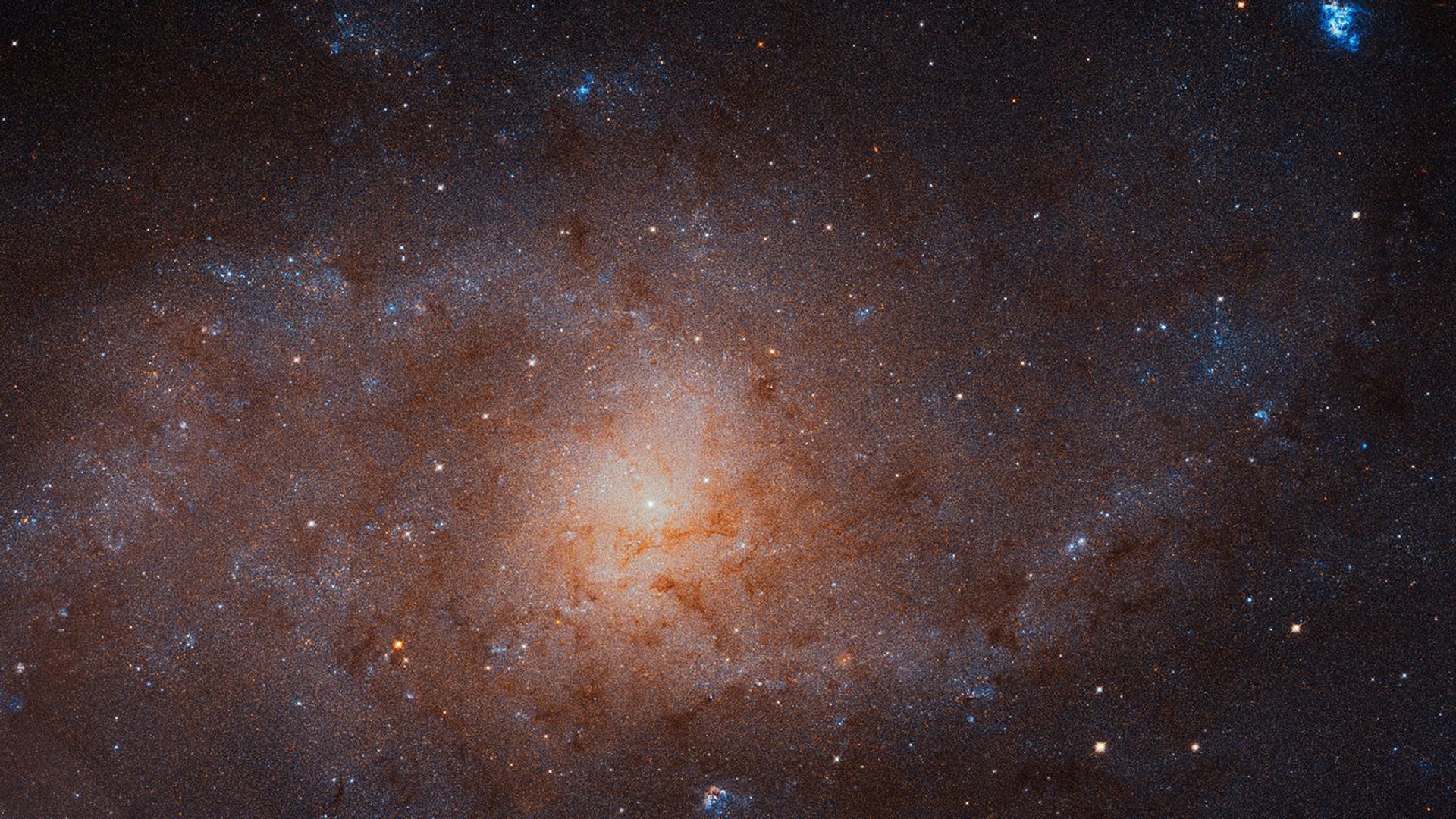 ) This gigantic image of the Triangulum Galaxy ̵

The Hubble Space Telescope has taken a stunning picture of the Triangulum Galaxy, three million light-years away from our own Milky Way galaxy. The image consists of 665 million pixels and was created from 54 different images, a view in space that is so large that it covers "an area of ​​more than 19,000 light years".

The Triangulum Galaxy – also known as the Messier 33 or NGC 598 – is part of the "Local Group," which means that it belongs to the same group of galaxies that the Milky Way belongs to. It's massive in size, as the above picture is estimated at 10 to 15 million stars, "an order of magnitude fewer stars than the Milky Way, and two orders of magnitude less than Andromeda," Hubble's website says.

MILKY WAY COLLIDES NEAR GALAXY, HAS SOLAR SYSTEM INTO THE SPACE, REPORT SAYS 19659005] In a separate statement states: "Triangulum, as the youngest member of this trio of spiral galaxies, offers the valuable comparisons and contrasts In particular, the star formation of triangulum is ten times stronger than in the comparable Hubble panorama of the neighboring Andromeda galaxy. "

" Under excellent conditions in the dark sky, the Triangulum galaxy can be seen by the naked eye as a faint, blurred object in the constellation of Triangulum (the triangle) where their ethereal glow is a darker one exciting destination for amateur astronomers, "added Hubble on his website.