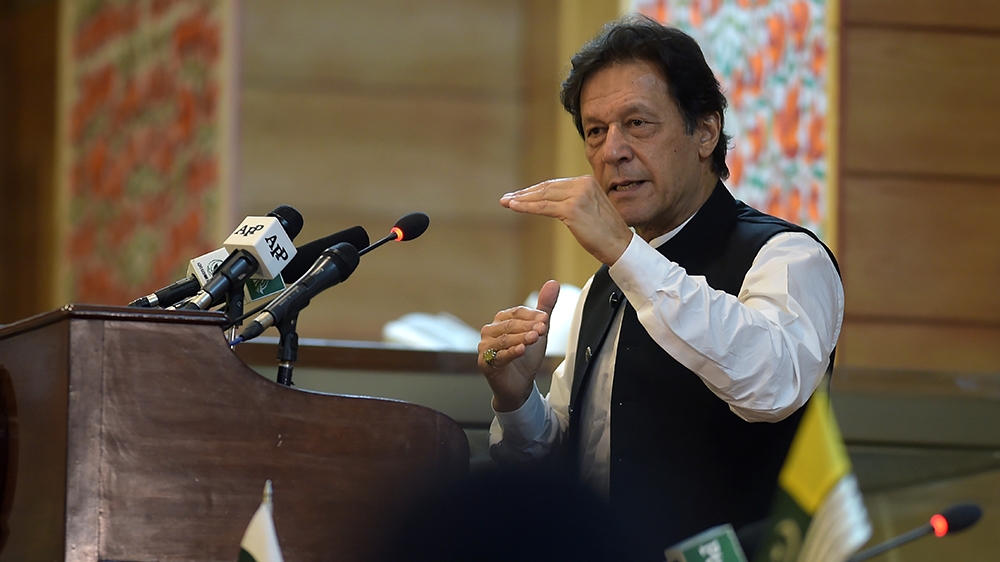 In his speech at the General Assembly of the United Nations, the Pakistani head of state also denounced India’s efforts to consolidate control of Kashmir with a Muslim majority.

In a speech to the United Nations, Pakistani Prime Minister Imran Khan described India’s Hindu nationalist government as a sponsor of hatred and prejudice against Islam and denounced its efforts to consolidate control over the Muslim majority in Kashmir.

Speaking to the United Nations General Assembly (UNGA) on Friday, Khan said that Islamophobia is prevalent in India today and threatens the nearly 200 million Muslims who live there.

“The only country in the world where the state unfortunately promotes Islamophobia is India. The reason for this is the RSS ideology that unfortunately rules India today, “Khan said in a recorded speech to the UNGA, practically in the midst of the coronavirus pandemic.

“They believe that India is exclusively reserved for Hindus and that others are not citizens of equal rights.”

India accuses Pakistan of armed and trained rebels fighting for Kashmiri independence from India. Pakistan denies the charges, saying it only offers diplomatic and moral support to the rebels.

The Kashmir region is divided between India and Pakistan, who waged two wars for the territory while claiming the region as a whole.

“There will be no lasting peace and stability in South Asia until the dispute between Jammu and Kashmir is settled on the basis of international legitimacy,” said Khan, calling for a peaceful solution and the lifting of India’s move on August 5th.

Thousands of protesters were injured in pellet gun attacks last year, including hundreds who were blind in one or both eyes.

For seven months, through March, the area suffered a communications outage that banned social media and internet access.

“The international community must investigate these serious violations and prosecute Indian civil and military personnel involved in state terrorism and serious crimes against humanity.”

Khan also condemned, as he had done in his speech to the world body last year, targeting Muslims in many countries, provocations and incitement “in the name of freedom of speech”.

“Incidents in Europe, including the republication of blasphemous sketches by Charlie Hebdo, are current examples,” he said.

The French satirical magazine Charlie Hebdo reprinted the prophet Mohammed cartoons this month, which were first published in 2015.

China hopes for change if Biden wins, but unlikely