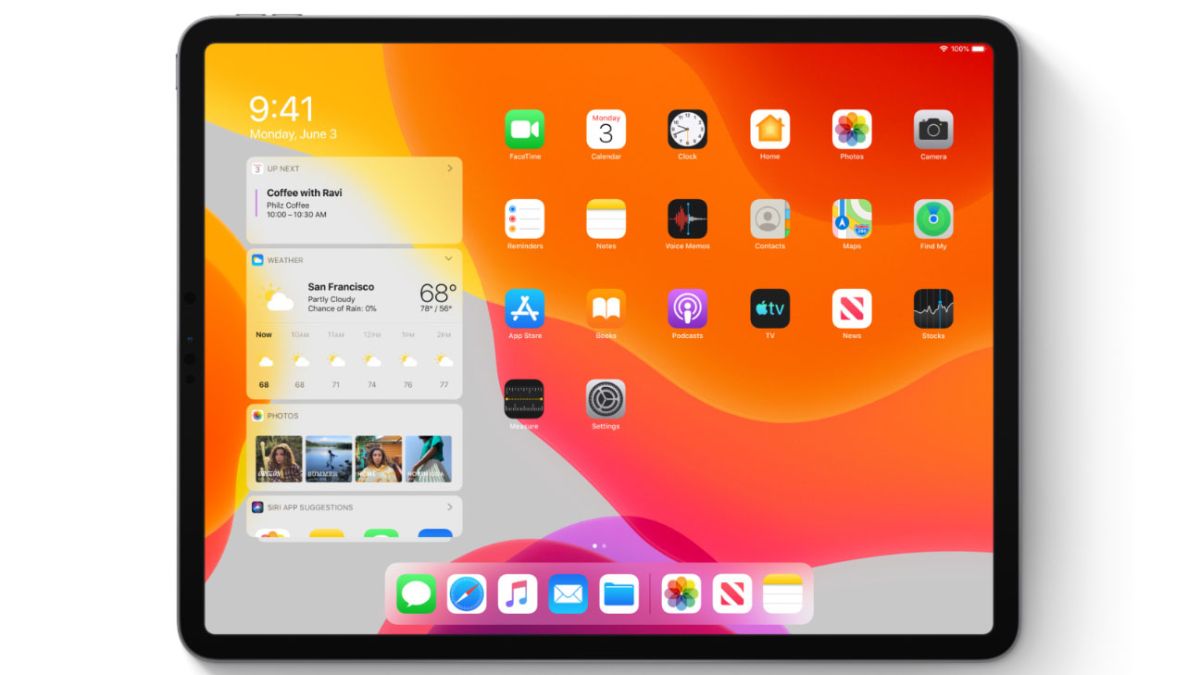 There has been much speculation in recent months that Apple is porting MacOS to the ARM platform. Apple's SoC team has caught fire and developed industry-leading processors for the iPhone and iPad that can match or surpass Intel's offerings for specific tasks.

But with the announcement of iPadOS, I wonder if Apple has now changed direction and instead tries to close the gap between MacOS and iPadOS.

Since Apple introduced the iPad Pro, I've tried several times to replace my MacBook while traveling through an iPad, but that never worked out.

In terms of hardware, the iPad was always ahead, but its iPhone-based operating system has always held it back. This changed with the announcement of iPadOS at WWDC 201

9. Perhaps the ARM-based Mac we were hoping for is actually the iPad, which is emerging as a replacement for some of our Macs.

I had many work-related trips that offered assets and materials via a USB drive – something that I have not been able to work with on the iPad so far. I also carry a camera to events and make loads of photos and videos. It was also a challenge to bring this to the iPad.

With the new iPadOS, Apple opens the Files app to access external storage, giving you direct access to third-party apps so you can import images directly into them.

I have tested the USB functionality and it works fine, but for apps to have direct access to my SD card, we need to wait for official versions of such apps to be released that will be available in the fall after the release of the iPadOS ,

The second issue I'm facing is Mobile Safari, where I can not access many specialized Web sites such as my bank's website or CMS at TechRadar. Chromebook has been more user-friendly than the iPad in the past.

The web browser is still my most used app on the Mac. Although there are some iPad apps, such as Google Docs, etc., these versions of web apps are usually underserved. With iPadOS, Apple is trying to show websites the full desktop version, and I can confirm that some websites that did not work properly before are now much better. The iPad now also supports downloads in Safari, making it much closer to a computer along with file management.

Before the WWDC I had asked in a tweet for three specific areas that I would like to see on the iPad to make it more like a Mac, of which I have given two above.

For my last request, Apple added a new API called BackgroundTasks. I'm not sure how well this works with third-party apps, so we'll have to wait until iPadOS and compatible apps are released to take advantage of this and find differences. However, I hope that apps like email clients will have the ability to sync and download emails, or newsreaders to download new stories in the background, rather than syncing data when the app launches.

The iPadOS has been enhanced with a number of other features, including home screen widget support, copy / paste and undo gestures, and multitasking features that enhance the handling of multiple apps. Also new is the ability to open multiple windows in an app.

The iPad Pro is the new MacBook.

With all the massive improvements that Apple has made to the iPad, it's obvious that the direction they want to go to is the right one. The iPad needs to be replaced, whether it's a Chromebook, a Surface or a Mac MacBook acts.

And if so, why work on porting MacOS to the ARM platform? The new Mac Pro is incredibly powerful and based on the x86 architecture. I think the MacOS platform will continue to exist.

But for portable devices like the MacBook and the MacBook Air, I do not see a bright future. The iPad will replace it sooner or later.