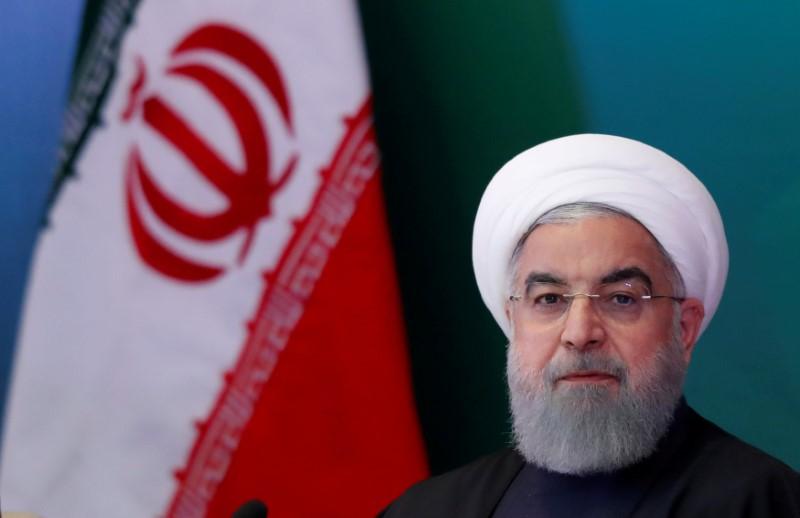 ANKARA (Reuters) – Increasing pressure from the Trump administration and the dissatisfaction of many Iranians about the economic situation are shaking the Islamic Republic, with little indication that their leaders have the answers, officials and analysts say.

On Sunday, three days of protests broke out at the Grand Bazaar in Tehran, with hundreds of disgruntled shopkeepers condemning a sharp fall in the value of the Iranian currency.

The riots are a major challenge, but analysts expect the leadership to survive despite factional infighting and growing economic problems.

However, the weekend protests quickly gained a political lead as people shouted slogans against the supreme authority of Iran, Supreme Leader Ayatollah Ali Khamenei and other senior officials, calling them thieves to resign.

Bazaar traders who have been loyal to the leadership since the 1979 Islamic Revolution are upset by what they see as an unclear government response to the crisis, which they said drove prices up and out Trading had made almost impossible.

The Rial has lost 40 percent of its value since last month when President Donald Trump withdrew from Iran's nuclear deal in 2015, announcing draconian sanctions on Tehran.

This includes an attempt to halt international sales of Iranian oil, Tehran's main source of income, a threat that has shaken the economy.

"The country is under pressure from inside and out, but apparently there is no crisis management plan to control the situation," said an official near Khamenei's camp.

The full effect of Trump's withdrawal from the nuclear deal and Washington's efforts to prevent foreign countries from doing business with Iran may not have been clear for months.

The European signatories hope to save the deal – under which most sanctions were lifted and Iran reined in its nuclear program – but there are doubts that they can keep it alive.

The French companies Total and Peugeot, for example, have said that they will pull out of Iran rather than stay out of the US financial system, as Washington threatens to use the dollar as a reserve currency way of his rampant Iran policy.

Iran has blamed the US sanctions for the overthrow of the Rial and said the measures meant a "political, psychological and economic" war against Tehran – although some officials recognize that the threat has led to serious shortcomings in their own country Has.

"Sanctions can not be blamed for all internal issues and they still need to be implemented," said a second official familiar with Iran's decision-making process.

To pound the pain, Washington says that by 4 November, all countries will have to stop Iran's crude oil imports and make oil sales that make up 60 percent of their national income. Iran says that this level of cuts will never happen.

"DEATH TO THE DICTATOR"

Tehran's Grand Bazaar has traditionally been the establishment's largest financial ally and helped finance the 1979 revolution.

But while the cries of "death to the dictator" four decades ago at the bazaar resembled the song of "death to the blah," analysts and insiders ruled out the possibility that Iran is once again on the verge of a seismic shift in its country Landscape.

"With the heavy economic pressure ahead, the protests will not die so easily," said an Iranian diplomat in Europe. "But the chance of a regime change is nil, because Iranians do not want a new revolution and are skeptical that it would lead to the better."

Police and security forces maintained a strong presence in the region after days of clashes with demonstrators. Although officials say that the bazaar has returned to normal business, the riots crisis and its political repercussions are far from over.

A video on social media showed that the protests continued in several cities and some participants called for a regime change.

While the government of pragmatic President Hassan Rouhani has tried to stop the slide of the currency with a combination of threats and convictions, many Iranians are unconvinced.

"The fall of the Rial interrupts my business, the cost of imports skyrocketed, and if it continues like this, I can not continue my business," said Reza, a shopkeeper in the bazaar who refused to give his full name to call.

Despite the demand for unity by Khamenei, Iran's divisions have developed under the ruling elite. Some hardliners call for early presidential elections and criticize Rohani for economic mismanagement.

Faction struggles are endemic in Iran, where hardliners around the Supreme Leader, such as the Revolutionary Guards and the Judiciary, oppose the President and pragmatists and reformists in elected institutions such as the Parliament.

"Both sides will seek to leverage the combination of external and internal pressures to advance their causes," said Sanam Vakil, associate professor of Middle East policy at SAIS Europe.

"If the government fails to find an immediate solution to the crisis, a swift presidential election will be inevitable in the coming months," Tehran-based analyst Saeed Leylaz said.

Some analysts see an outside chance that Iran's hardliners might seek an agreement with the United States, with the prospect of sanctions that bring the Iranian economy to its knees.

But Trump could not be in a hurry to start negotiations that could support Iranian clerical leaders.

The leadership "could tend to compromise with America to preserve the establishment," said an official involved in Iran's nuclear talks with foreign powers. "But of course, America should also show flexibility."

While more pragmatic elements in Iran pointed to an interest in dialogue with America and a diplomatic solution to the stalemate, Khamenei resisted direct negotiations, partly because of domestic political power politics.

"Despite their radical publicist approach, hardliners want a compromise with America, but they do not want to give Rouhani the upper hand by supporting talks," said one source familiar with Iranian thinking.