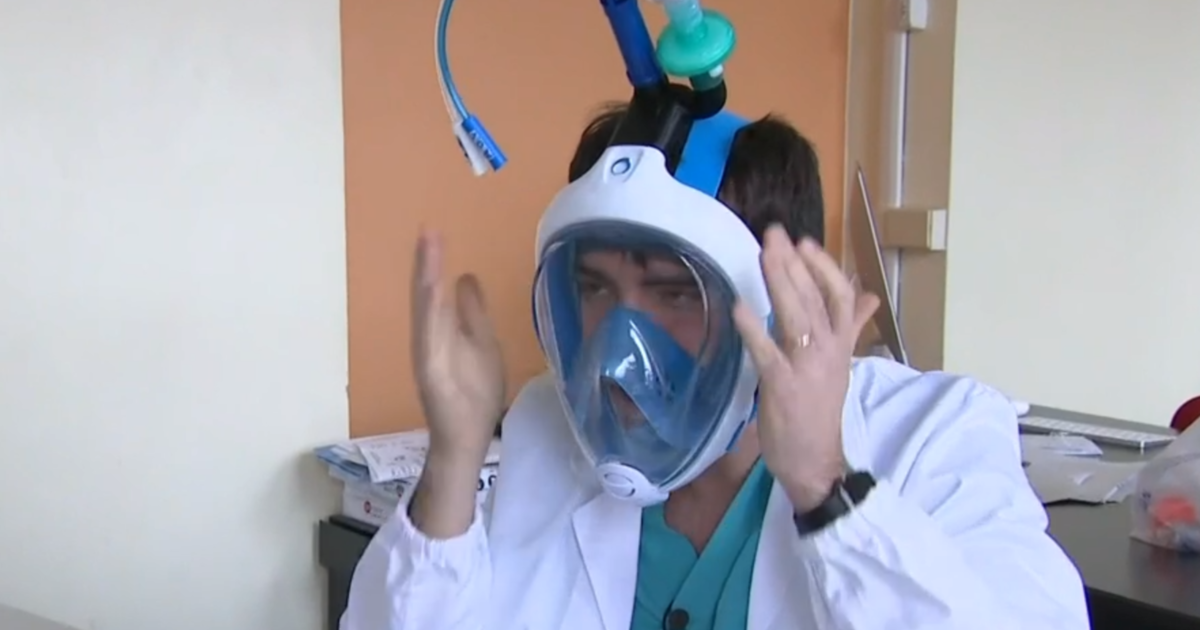 According to Johns Hopkins University, the corona virus has claimed more than 10,000 lives in Italy. A desperate hospital in the north of the country is trying something new: modified diving masks.

Doctors at Maggiore Hospital in Parma use a 3D printer to modify the masks so that they are connected to oxygen. It’s a quick fix that Dr. Franceso Minardi compared with the triage during the war.

“Can you turn a diving mask into a ventilator?”

The virus was not easy for the country’s hospital system. To date, more than 40 doctors in the country have died from the virus, and more than 90,000 confirmed cases across the country.

Sandra Rossi, head of the intensive care unit at Maggiore Hospital, said one of the casualties was a doctor and a friend. “He was fantastic and we are still crying,” said Rossi.

Rossi offered a message to her colleagues in the United States: “Hurry up, hurry up.”

When asked if she thought America was ready for what she sees in Italy, Rossi said, “If I have to be honest, no.”

Hubble looks back in time and makes an amazing discovery – BGR

How to watch the “solar eclipse” on Friday from anywhere

After the dismay at NASA, the Trump campaign pulls out an ad to launch SpaceX