The judge refuses to reconsider GM’s lawsuit against Fiat Chrysler 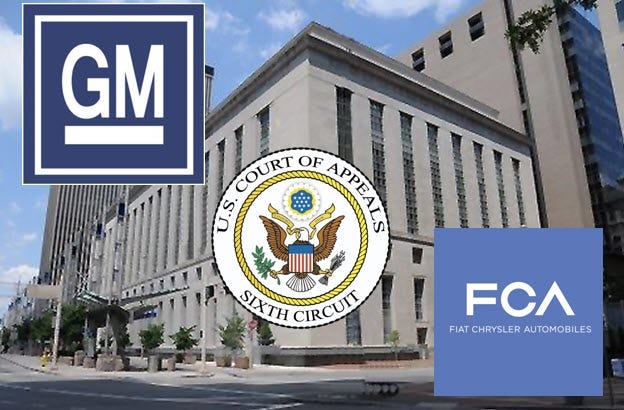 The top headlines from Fox Business Flash are here. Check out what’s clicking on FoxBusiness.com.

A federal judge in Detroit said Friday he would not re-examine his dismissal of General Motors’ lawsuit against Fiat Chrysler Automobiles in July.

US District Judge Paul Borman wrote in a statement that new evidence from GM regarding bribes and foreign bank accounts is “too speculative to warrant a retrial”.

Borman also ruled that the earlier dismissal of the case was not on legal grounds.

GM alleged the FCA used foreign bank accounts to pay bribes to former United Auto Workers presidents Dennis Williams and Ron Gettelfinger, as well as Vice President Joe Ashton. It is also alleged that money was paid to GM employees, including Al Iacobelli, a former FCA negotiator who was hired by GM and later released.

“Even if the affidavits show that these foreign bank accounts exist, this fact does not allow GM to conclude that the FCA most likely used the bank accounts to bribe UAW officials,” said Borman’s order.

GM is leaving the fan business

GM said Friday that it would appeal Borman’s decision to the Sixth Circle Court of Appeals.

“Today’s decision is disappointing as the corruption in this case is proven given the many admissions of guilt from the ongoing federal investigation,” GM said in a statement. “GM’s lawsuit continues – we will not accept corruption.”

FCA attorneys wrote in court documents that allegations of bribing union officials were “absurd” and read like a script from a “third-rate spy movie”.

“Judge Borman’s decision this morning reaffirms what we said from the start – that GM’s lawsuit is unfounded and that GM’s attempt to file an amended complaint under the guise of asking the court to change its mind is nothing as an unsubstantiated attempt to smear a competitor who wins in the market, ”FCA said in a statement Friday.