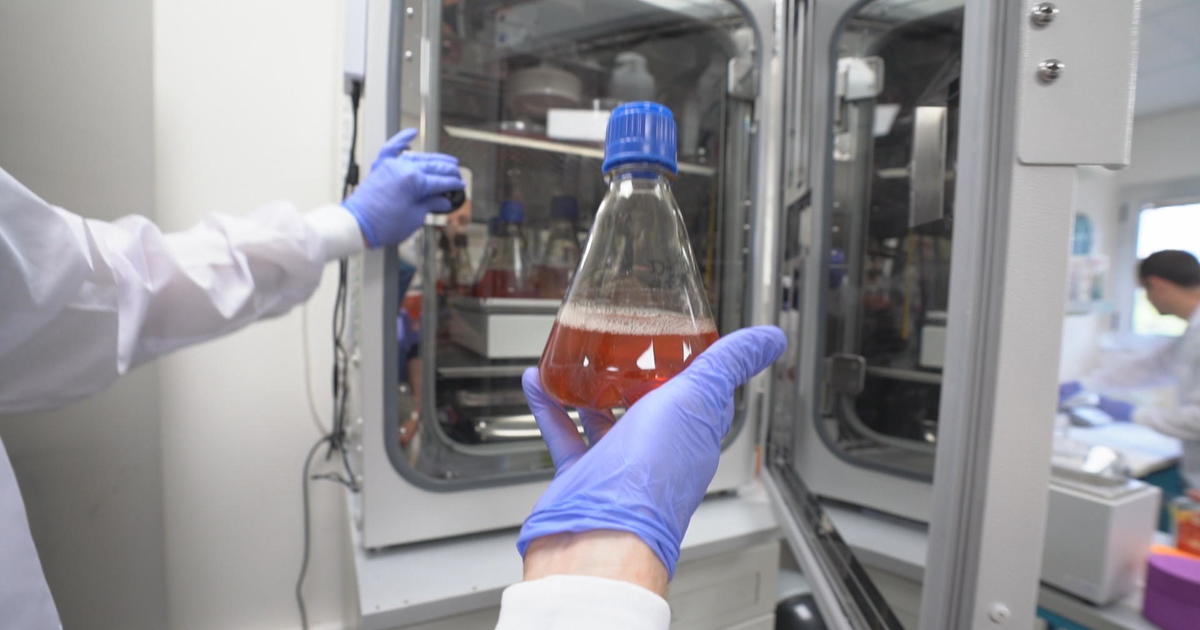 The CBS News series Down to Earth is a partnership with Facebook Watch, which tells unique stories. In this episode, Seth Doane traveled to Israeli high-tech laboratories to see how meat-free meat is made.

This really is considered "experimentation" in the kitchen, not in the recipe, but in the steak. In a laboratory near Tel Aviv, Aleph Farms grows steak from cows' stem cells. The CBS News crew, reporting on the story, had to sign a waiver to try.

] Environmentalists say we should eat less meat. Animal husbandry is one of the most dangerous sources of greenhouse gases and water pollution, according to the United Nations.

"Currently, most of the agriculture is used for animal nutrition," said Erel Margalit.

Margalit is a billionaire who invests in so-called "food technology", including what he calls "clean meat". He said that people can not eat as much as we eat right now because the planet is not going to keep it up.

"We need to change the way agriculture and food are produced," Margalit said.

At SuperMeat they extract stem cells from chickens. These stem cells can become any kind of cell. So by optimizing the mix of proteins and amino acids, they can control them to become anything they need: muscle, fat or connective tissue.

"The beauty of cell-based meats is" Once you set up the cell bank, you no longer need the chicken, "said CEO Ido Savir," So in theory, a chicken could feed the world. "

And Savir added, Savir is a vegan himself and believes that there is also potential for consumers who object to the killing of an animal.

One of the many hurdles is science fiction -Aspekt in all this, and Savir hopes that the opinion will be changed at the table with the first In the laboratory produced meat, which will probably be served in restaurants within a few years.

And as for our taste of the future? It was surprisingly normal

"I think once produced and distributed in large quantities, it is simply called 'meat' because it is so," said Savir.