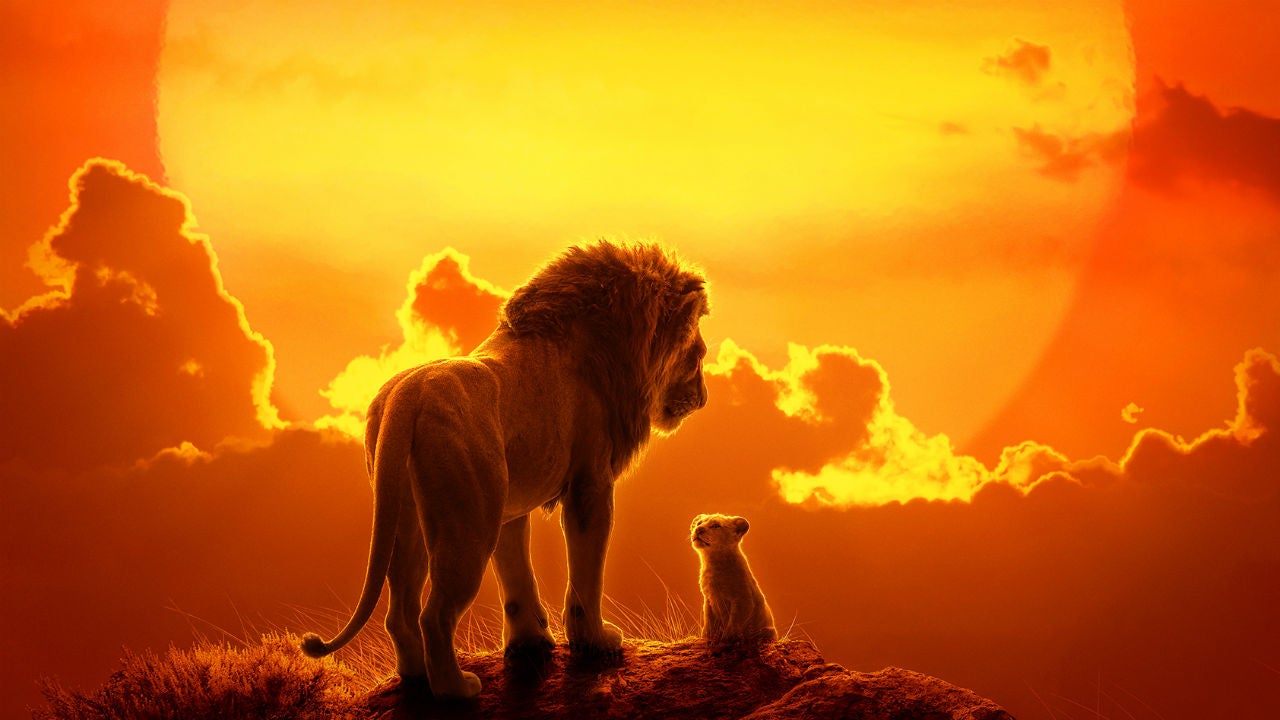 Press representatives were able to attend the early screenings of Disney's remake of 1994's masterpiece The Lion King, and the first impressions are overwhelmingly positive. Many praise the visual effects and how true to the original this new version is. Many say that Billy Eichner's Timon and Seth Rogen's Pumbaa steal the show while the music is as emotional and powerful as ever.

Here is our summary of the first reactions to the Lion King. Laura Prudom of IGN said the Lion King was "simply the best remake of Disney … an unprecedented technical achievement akin to watching a nature documentary." However, she would never again look at the original. 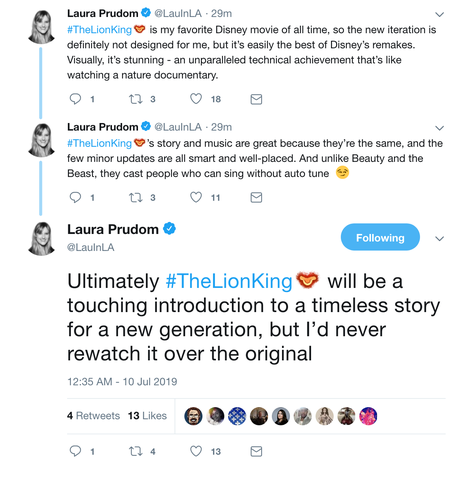 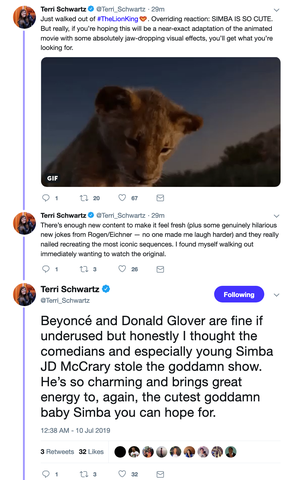 Jim Vejvoda of IGN believes the Lion King might be the "first cartoon to win twice the same Oscar." He gave it "Two Paws Up." 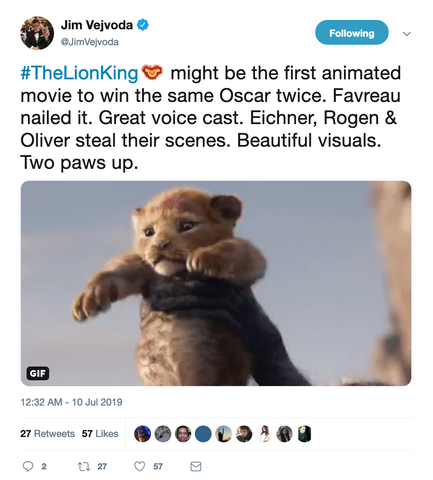 Steven Weintraub, Editor-in-Chief of Collider.com, believes he has never heard so much clapping during a movie as during the Lion King. Also the visual effect, the music and the story were in his opinion all incredible. 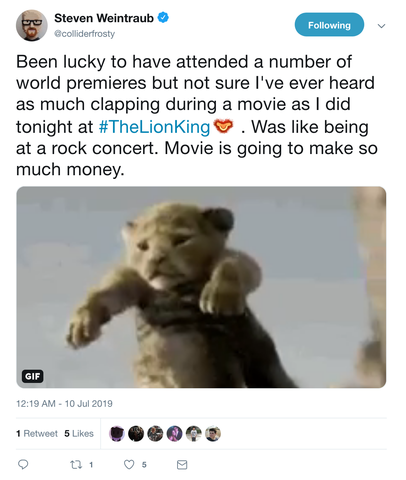 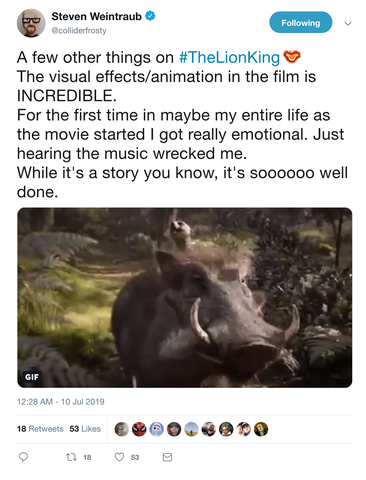 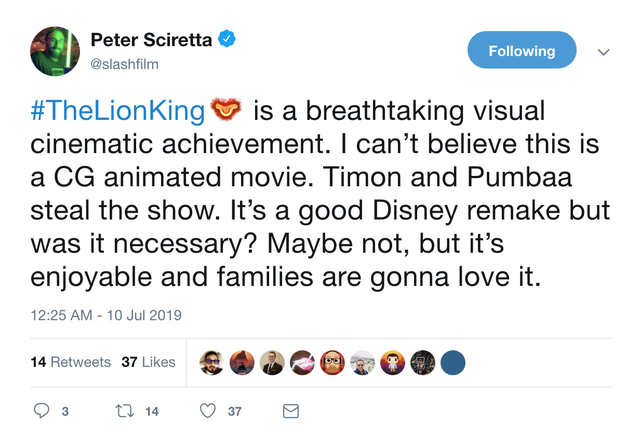 Danielle Radford of ScreenJunkies and GetFandom said The Lion King is "like National Geographic with great songs, which is a good thing". She also praised Florence Kasuma's Shenzi. 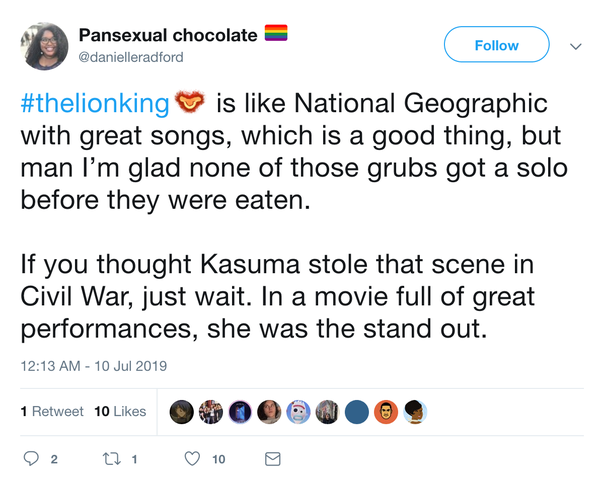 Skyler Shuler, editor-in-chief of The DisInsider, called the Lion King a "Game Changer in the VFX Department". He also praised Billy Eichner and Seth Rogen's work as Timon and Pumbaa. 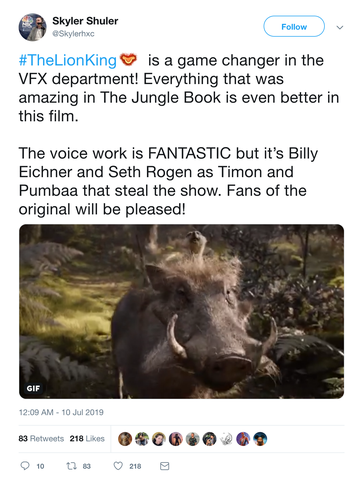 Mike Ryan, lead entertainment writer at Uproxx, really loved the Lion King and found him "the most beautiful effect movie ever [he’s] … the game has changed a bit." 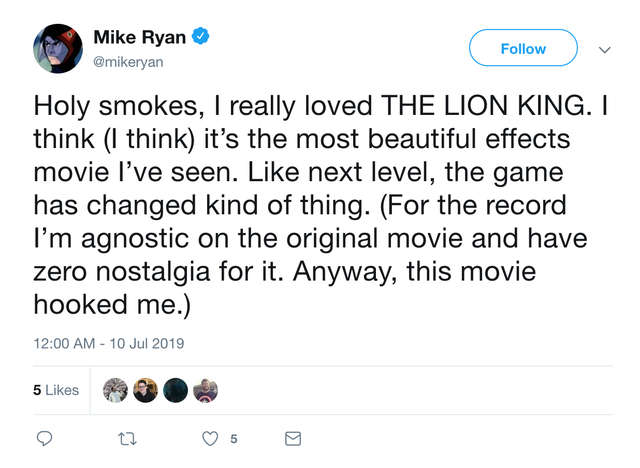 Erik Davis , Editor-in-Chief of Fandango, praised the Lion King, saying it was "absolutely stunning in every way". 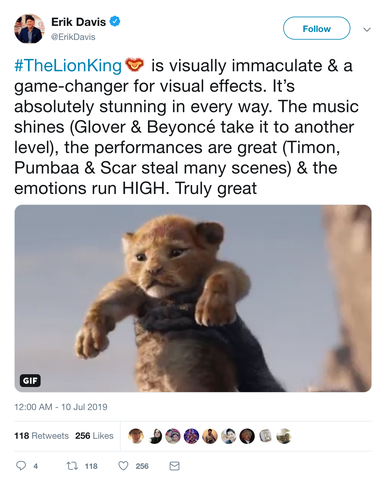 Variety and TheWrap author Courtney Howard promises fans of the original that everything they loved about the "1994 masterpiece" remains unchanged. 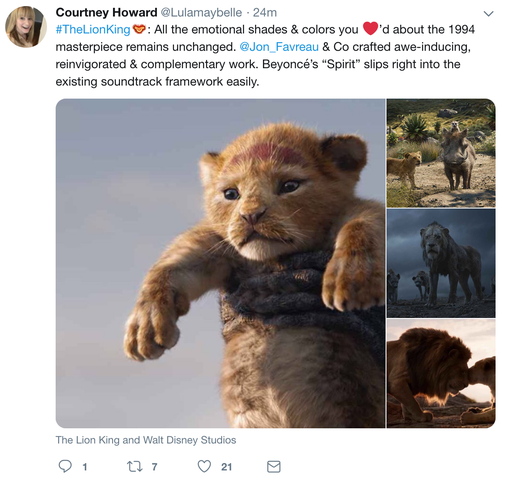 Alisha Grauso, editor-in-chief of Atom Tickets, loved the visuals and called the Lion King an eye-catcher. A great score and vocal performance. 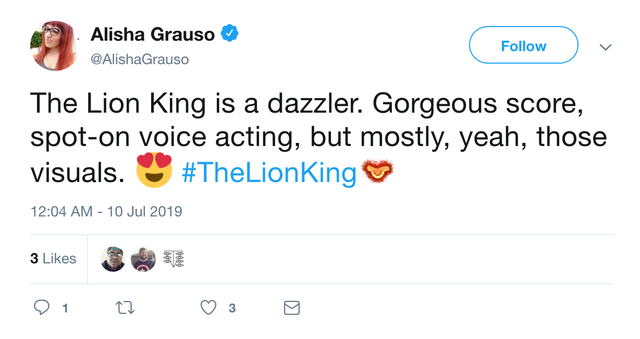 Ben Pearson, senior writer on SlashFilm, missed the "exaggerated emotions of the characters from the original," but thought it was better than expected. 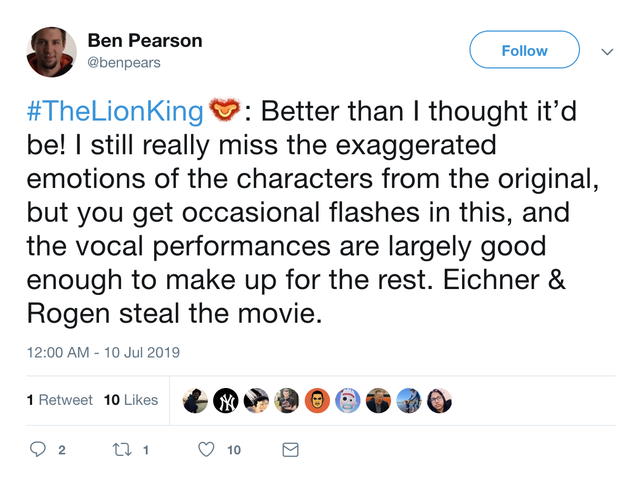 Scott Menzel, Publisher-in-c Wendy Lee Szany of The Movie Couple promises that "nostalgia meets HARD" and that the stampede scene still holds her. 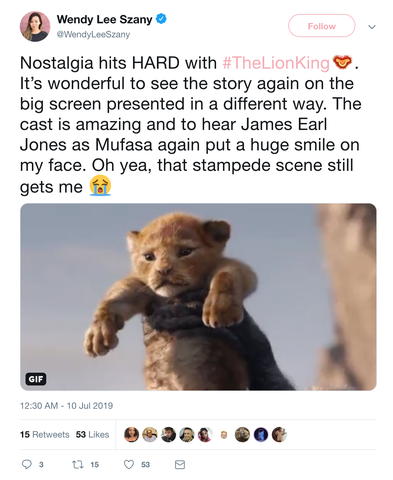 If you have a tip for us, would you like to discuss a possible story, please email newstips@ign.com

Adam Bankhurst is a news writer for IGN who can not wait to see the Lion King as the original is his favorite movie of all time, you can follow him on Twitter @AdamBankhurst.