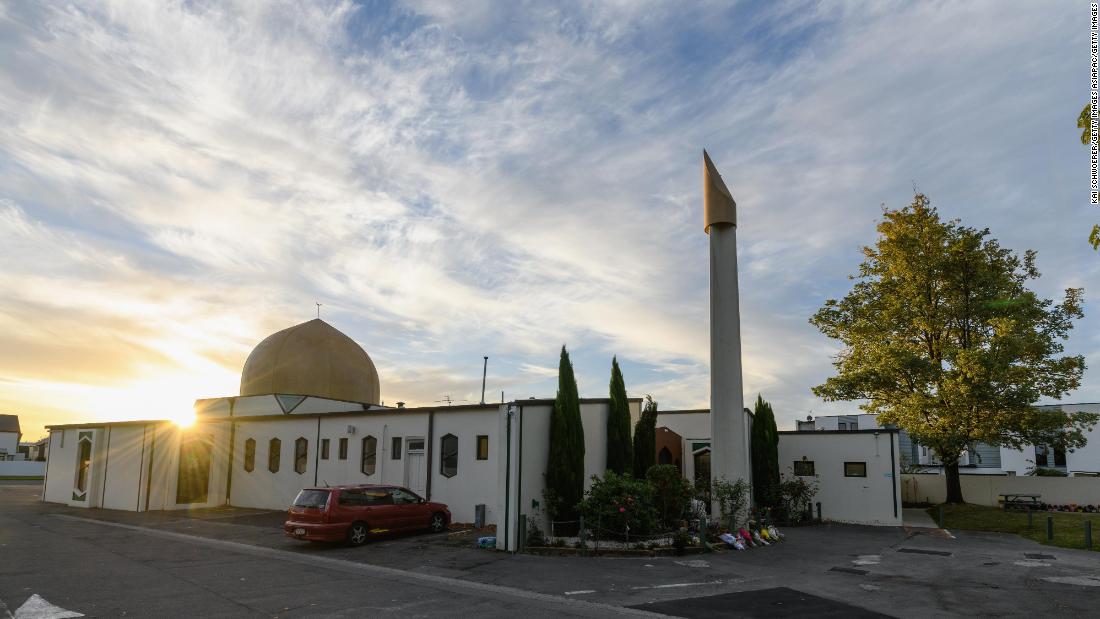 Philip Neville Arps, 44, was sentenced to 21 months in prison in Christchurch District Court on Tuesday after being found guilty of two allegations for distributing offensive material.

Arps sent copies of the footage
Shortly after the attack, the New Zealand film bureau – according to CNN's Radio New Zealand – was shot live by the mosque shooter to about 30 people shortly after attacks on believers in two Christchurch mosques – and literature categorized the video as offensive, which made it a crime to own, share or host. Under New Zealand law, the transfer of offensive material to another person is punishable by a possible jail term of up to 14 years.
During Tuesday's sentencing, Judge Stephen O & # 39; Driscoll said that Arps had been asked in his opinion on the video that it was "great," RNZ reported.

"Your insult glorifies and promotes the mass murder committed on the pretext of religious and racial hatred," said Judge O & # 39; Driscoll, according to the RNZ report. "From all the material before me it is clear that you have strong and unrepentant views on the Muslim community."

Williams said his client, Arps, appealed his verdict on Tuesday, arguing that it was "too severe." A date for the hearing has not yet been set.

Arps owns an isolation company called Beneficial Insulation, which uses a Nazi logo that was also published in an online document published by the alleged Christchurch shooter.
Brenton Tarrant, 28 years old, who witnesses the attacks of the He is due to go to court next year after he pleaded guilty to 51 counts of homicidal murder and an indictment under the Counter-Terrorism Act, which was first filed domestically, for 51 homicides earlier this month.

An 18-year-old and a 16-year-old were also charged with spreading the live steam of the Christchurch videos, according to Williams, who also represents the youth.

After the March 15 attacks, politicians and Muslim New Zealanders have a Ra concern over the extent of hate speech that can be circulated online.
In May, country Prime Minister Jacinda Ardern, together with French President Emmanuel Macron, organized the Christchurch Call for Action, encouraging technology companies and countries to work together to end the use of social media in terrorist acts.
The country's justice minister, Andrew Little, announced in March that he would push ahead with a review of the country's hate speech laws, which could lead to a new hate crimes crime.

Currently, hate speech is governed by two New Zealand laws – the Human Rights Act and the Digital Dealing Law. Little said, however, that there were questions about whether the second act's proceedings were as accessible as they should be, and noted that discrimination based on religion was not covered by the first act.

"If your hateful utterances and hateful actions are directed against a person's religion or other prohibited grounds of discrimination other than the race, although this is not the case, there is no insult at this point," he told RNZ.

Trump suppresses the view that Russia is denigrating Biden: “Nobody hit Russia harder than me.”