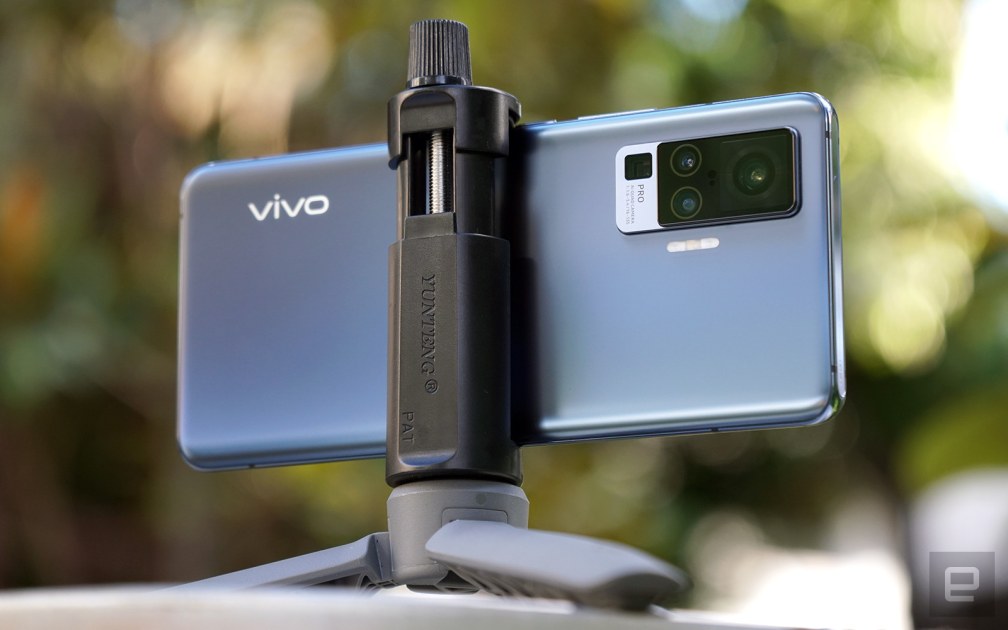 My comparison focused on the purported advantages of the Vivo micro-gimbal camera, which in most cases means that it is the 48-megapixel 1: 1.6 camera of the X50 Pro compared to the nasty 108-megapixel -1: 1.8 shooter of the S20 Ultra. Coincidentally, both main cameras output 12 megapixel images via pixel binning, with the exception that the latter use 3 × 3 combos instead of 2×2 to mimic even larger pixels for greater efficiency. For its “Super Steady” mode, the S20 Ultra switches to its 1

2-megapixel 1: 2.2 ultra-wide camera, which I will discuss later.

For the sake of simplicity, I mounted both phones side by side on the same handheld rig that I used mainly for video recording and general still images. With long exposure in the dark, I would instead hold the phones individually to ensure maximum hand stabilization.

Before I left, I went through my apartment with my makeshift rig to familiarize myself with it and also took this opportunity to see how the cameras behave indoors with natural light. As I expected, the X50 Pro’s camera had better video stabilization and, as a bonus, more natural colors and better dynamic range.

Still, Vivo’s footage was too soft – I struggled to see the titles on my bookshelf, even when I was very close. On the other side of the fence, the S20 Ultra did well with the sharpness – maybe it could even make sharpening a little easier, but it was certainly better than the X50 Pro.

I made the same observation with the footage that I got when walking under the nice weather. The X50 Pro hit the S20 Ultra again with more realistic colors, but fell back in sharpness. With more background noise, I noticed that the X50 Pro also had better audio quality. The film material of the S20 Ultra sounded muddy and details in the higher frequencies were missing.

Whenever I accelerated my pace or made sudden movements, the micro-gimbal camera proved that it kept the video more stable than the nervous video of the S20 Ultra, but it could only manage as much stabilization – after all, it had difficulty keeping up with than I started sprinting.

This is where the “Super Steady” mode of the S20 Ultra comes into play. As soon as you switch this switch, the camera app switches to the ultra-wide camera, which uses purely electronic stabilization and cropping to compensate for extreme movements. In this mode, the S20 Ultra was able to tame the wiggle of my sprint slightly, the compromise being reduced sharpness and a slight wiggle due to the electronic stabilization.

The X50 Pro has a similar mode, which is called “ultra stable”. However, instead of switching to the 8-megapixel ultra-wide camera, the main camera is still used, but with a stronger electronic stabilization (by increasing the cutting angle). Unfortunately, my sprinting couldn’t handle this and it didn’t seem to make much difference compared to the normal mode. Vivo’s product manager admitted that such a mode would be more effective on an ultra-wide camera, which would offer more headspace for cropping, but the team opted for the better image quality of the main camera instead.

When I returned to normal video mode on both phones, I was later surprised to find that the S20 Ultra had better stabilization than the X50 Pro when I went down stairs. This is likely because Vivo’s micro-gimbal only provides biaxial stabilization, so the third axis is missing to dampen that particular movement. This only shows how far we have come with electronic stabilization. But maybe one day a future iteration of the microcardiac frame can cover all three axes.

I came to the port shortly after dark and things got interesting. While the S20 Ultra outperformed the X50 Pro during the day, it was the other way round at night. The Samsung phone has greatly reduced its nighttime recordings, so that many fine details were missing both on distant skyscrapers and on nearby banners. The distortion from Samsung’s stabilization also became clearer as the surroundings darkened – all of the footage would shake with almost every step I took.

While the nightly footage of the X50 Pro looked a bit darker, the S20 Ultra beat it lightly in all other respects. More details were kept, the colors became more precise and the stabilization was better. The cleaner audio quality was a bonus to better capture the atmosphere of the light and sound show.

I switched to Super Steady / Ultra Stable mode again on both phones to see how they would behave in the dark. The difference was not noticeable on the X50 Pro, but at least the image quality was similar. The film footage of the S20 Ultra, on the other hand, was heavily underexposed to the point where most of the skyscrapers had almost disappeared into the dark. This is the limitation of the slower 1: 2.2 ultra wide camera used in this mode.

I then focused on still photography to test Vivo’s claims of better low-light shots with the gimbal camera. Similar to the videos, the still images on the X50 Pro produced more accurate colors and retained more details about the buildings. The S20 Ultra tried to make up for it by artificially sharpening its shots, but you cannot save what has already been lost.

Long exposure is apparently also a strong part of Vivo’s micro gimbal camera. So I moved to a different location to take street photography late at night. Even with exposures of up to 0.5 seconds, the X50 Pro has captured sharper and more natural images than the S20 Ultra in most cases. The better dynamic range of the gimbal camera also meant that billboards were less washed out when shooting the X50 Pro.

Blizzard employees have started to share and compare their wage rises