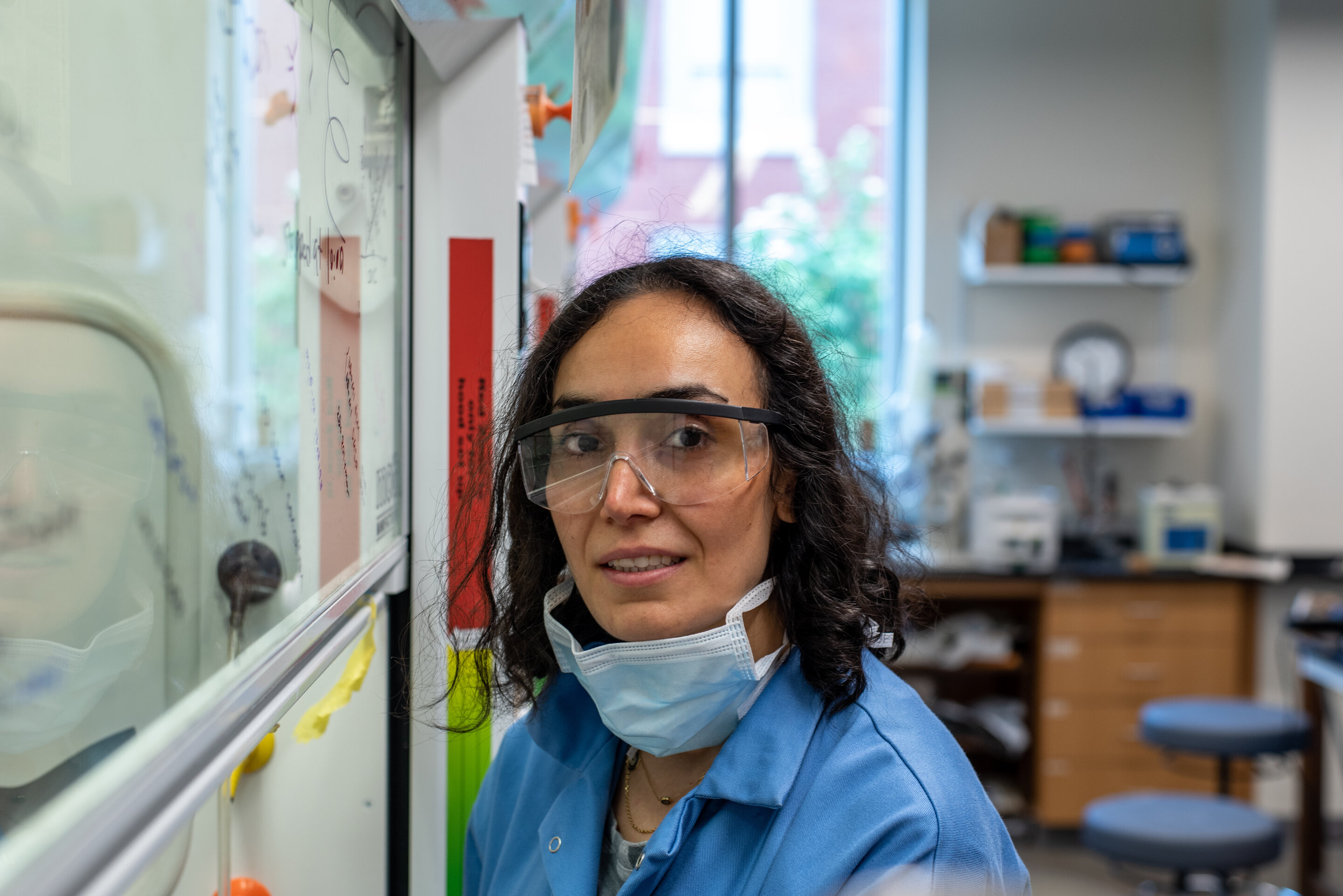 A team of scientists at the University of Vermont have invented a new tool – they call it a “nanocage” – that can catch and smooth out molecular-sized tangles of polymers.

As soon as a knotty polymer strand – whether made of protein or plastic – is open, “we can only activate the desired polymers and leave the rest alone,” says UVM chemist Severin Schneebeli, who led the new research. This tool – which works a bit like pulling a bundle of threads through a pinhole – “opens up a new way to create custom materials that have never been made before,” he says. These can be nanoscale pill coatings that wrap around individual drug molecules or new industrial products that are composed of precisely arranged plastic strands at the atomic level.

The tool, which consists of molecular edges with special “shape-directing” hydrogen bonds and is thousands of times smaller than a pin head, can select shorter strands of a polymer and leave longer ones, which shows that the nanocage can be used to selectively find certain sizes of molecules in a soup made of material. “It is selective and it has never been done before,” says Schneebeli. This research is the first time that science has been able to differentiate and activate polymer chains of different sizes in a laboratory – which opens the door to new possibilities for precision chemistry.

The new research was published in the June issue of the journal Chem.

The capabilities of the nanocage are new to science – but not to nature. For billions of years, life has developed ways to select only the piece of protein or other biological node that it wants to untie and turn on – what scientists call “functionalizing”. But people had a hard time doing the same. “Despite numerous examples in biology,” write the UVM scientists, “an efficient and selective modification of artificial polymers is still difficult.”

Regardless of whether biological strands such as DNA or industrial materials such as plastics are changed, the new tetrahedral tool promises that scientists will do what nature is already good at. “It took years of hard work in the laboratory to assemble this tetrahedron before we could test it,” says Mona Sharafi, the lead author of the new study and a postdoctoral fellow at the University of Vermont, which came from the United States to the United States Iran. “It’s completely man-made,” she says, “but inspired by nature.”

The word polymer comes from a pair of Greek words that mean “many parts”. And that’s exactly what polymers are: materials made of giant molecules that consist of many repeating parts. They are found in many everyday products. Some are natural, like gum and shellac. Many are synthetic and are used to produce a large part of the material in everyday life – from shopping bags to diapers, clothing and hookahs. Polymers can be found in neat long threads at the molecular level – or they can be tied in godly knots like a billion strands of microspaghetti

Nature had aeons to figure out how to synthesize these giant molecules – biopolymers like DNA – and how to manipulate and activate selected parts. People have gotten pretty good at making new synthetic polymers – but not so good at selecting and processing them. Many scientists and engineers who work on new applications for renewable energies (e.g., next-generation solar cells), precision medicine (such as delivering cancer drugs to specific parts of the body), and advanced electronics (including flexible devices) want this to be more control and Efficiency in working with what the UVM team calls “functional polymers with complex topologies”. With the support of the National Science Foundation and the National Institutes of Health (which supported the computer studies led by UVM chemist Jianing Li), research on the nanocage offers a new tool to “untie the knot and open polymers that would previously have been inaccessible “says Mona Sharafi from UVM. “We opened something big.”

Provided by the University of Vermont