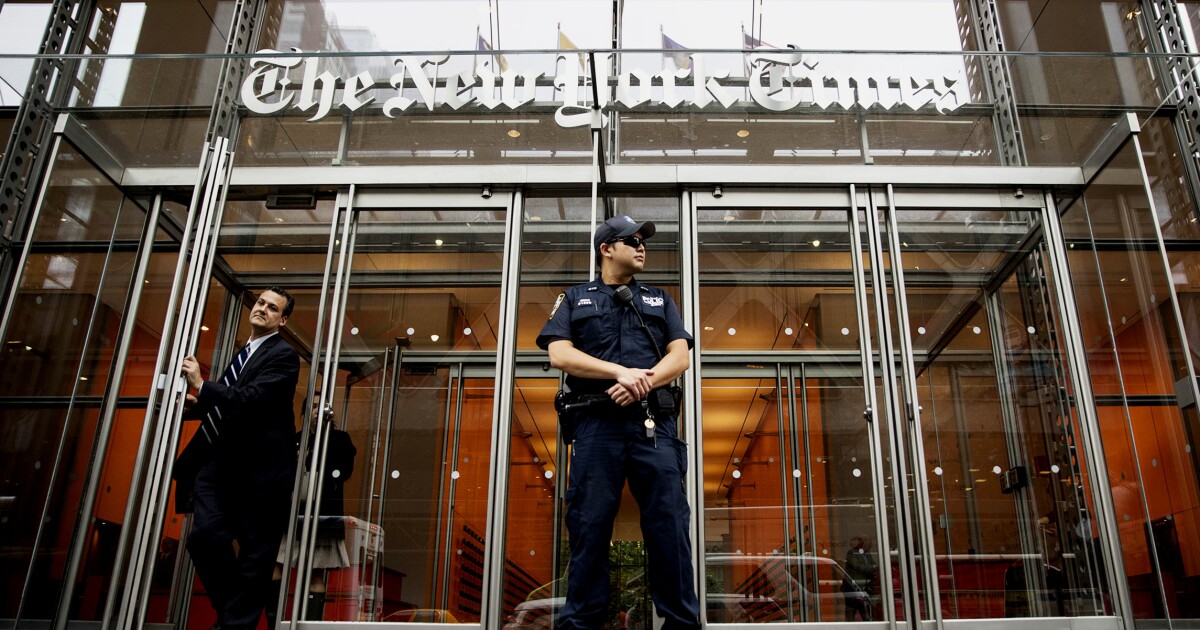 New York Times The publisher Arthur G. Sulzberger published a statement in the Wednesday edition, in which he laments the growing attacks on press freedom worldwide. Sulzberger is right, of course. For example, independent journalism has always been a risky undertaking in China, Russia, Iran, Iraqi Kurdistan, and most Arab countries, but is becoming increasingly dangerous in countries such as Turkey, Poland, and Hungary.

Egypt, however, that his article suggests a grave breach of intelligence by a rogue American official. Sulzberger states:

Two years ago, we received a phone call from a US government official warning us about the imminent arrest of a New York Times reporter based in Egypt named Declan Walsh. Although the news was alarming, the call was actually quite normal. Over the years we have received countless such warnings from American diplomats, military leaders and national security officials.

But this particular call took a surprising and disturbing turn. We learned that the officer passed on this warning without the knowledge or permission of the Trump administration. Rather than trying to stop the Egyptian government or support the reporter, the Trump government believed that they wanted to confine themselves to the information and have the arrest carried out. The officer feared being punished because he had alerted us to the danger.

Before Walsh, without giving him the reason, it might have been both wise and humane, when a rogue employee called Sulzberger (in an open line), which basically signaled to the Egyptian government that they had either invaded or on other ways have been compromised. Given Trump's antics and the caricature of the President, which is often consumed by those who are totally in a bubble, it is easy to accept the worst of his instincts and motives. Given that the circle in Cairo, which knew of the alleged detention order for Walsh, was extremely small, it is quite possible that the obvious lack of emergency measures is more due to the protection of sources and methods.

1; the kind whose leak can endanger lives. The fact that Sulzberger uncovers such leaks simply underlines the belief in the White House that intelligence services or foreign service have become political actors and that the line between professionalism and political activism has been broken.

This is not meant to minimize Walsh's situation if Sulzberger's memories are correct. Egypt under President Abdel-Fattah el-Sissi today has become eerily similar to that of Iraq in the 1970s, when the belief that the strongman provided moderation was enough for US officials to override the dictatorial tendencies of leaders and increasingly credible reports To document human rights violations.

That Walsh left Egypt without incident is a good thing. But clogging the leak in the intelligence community or in the foreign ministry is crucial so that the fear of leaks convinces the future administrations to make policy without their advice.

Michael Rubin ( @ Mrubin1971 ) is a contributor to the Washington Examiner blog Beltway Confidential. He is a scientist based at the American Enterprise Institute and a former Pentagon official.