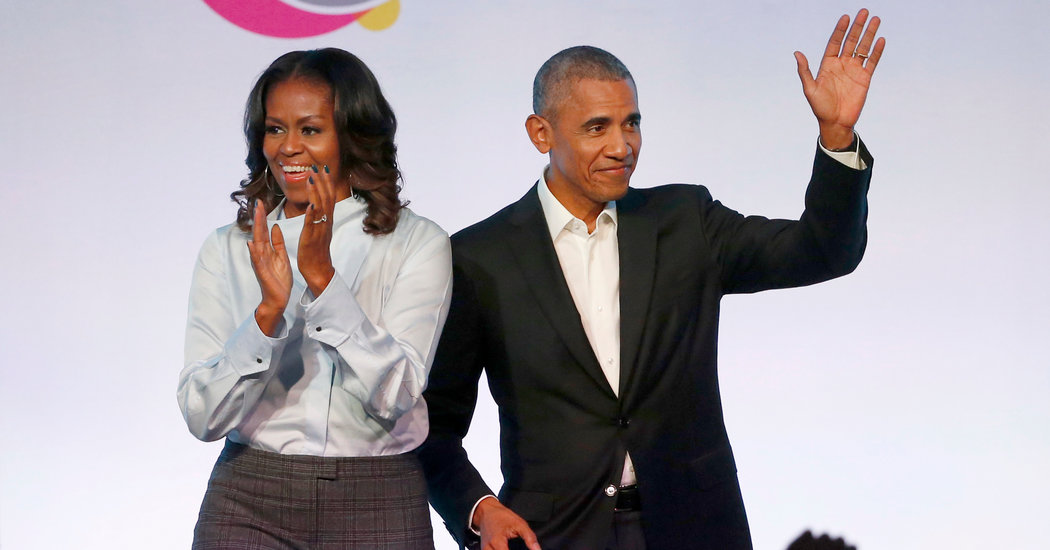 Eleven months after closing a deal with Netflix, the Obama's have a number of programs.

Former President and First Lady signed a multiyear manufacturing contract in 2018 to produce shows and films for the streaming service.

With the contract, the Obama's 148 million can reach paying subscribers and have said that their production company would cover a wide range of programs. However, there is something in which they seem to have no interest: an attack on the current presidential administration.

The Obamaes are anxious to avoid any material that could provoke tensions in a fierce political moment, especially at the start of the 2020 presidential election

"When we look at race and class, democracy and civil rights and much more We believe each of these productions will not only be fun, but will educate, connect and inspire us all, "Mr. Obama said in a statement.

Creating movies and TV shows can be time-consuming and messy, and there is no guarantee that any development projects will ever be performed.

Here's an early look at the shows and films the Obama plan:

■ "American Factory," a documentary that examines life in Ohio when a Chinese billionaire planted a factory former General Motors plant opened and employed 2,000 people. Higher Ground Productions described the film produced by Participant Media and staged by Steven Bognar and Julia Reichert, as "early days of hope and optimism give way to setbacks as high-tech China collides with American workers." Documentation was already shown at the Sundance Film Festival, and Higher Ground Productions stated that this would be his first release.

■ "Bloom," a drama series from the post-war New York War which will explore the "Barriers Women and Men of Color Exposure to in a Time of Hurdles and Huge Progress" , It is produced by Callie Khouri, who wrote "Thelma & Louise".

■ A film adaptation of "Frederick Douglass: Prophet of Freedom" (19459007) the Pulitzer Prize-winning biography of David W. Blight. Higher Ground did not announce a screenwriter or producer.

■ An adaptation of a New York Times series titled " Overlooked " [1945657] about individuals whose deaths previously died did not report from the newspaper. The obituaries were repeatedly published in the newspaper. Higher Ground Productions said it would be a scripted anthology series.

■ A series based on "The Fifth Risk: Undoing Democracy" (1945), a book by Michael Lewis

. ■ "Crip Camp", a documentary on the origins of the disability rights movement .

■ ■ "Listen to vegetables and eat parents," [19659020] a half-hour series for preschool children in which "small children and their families around the globe are taken on an adventure that tells us the story of our food. "