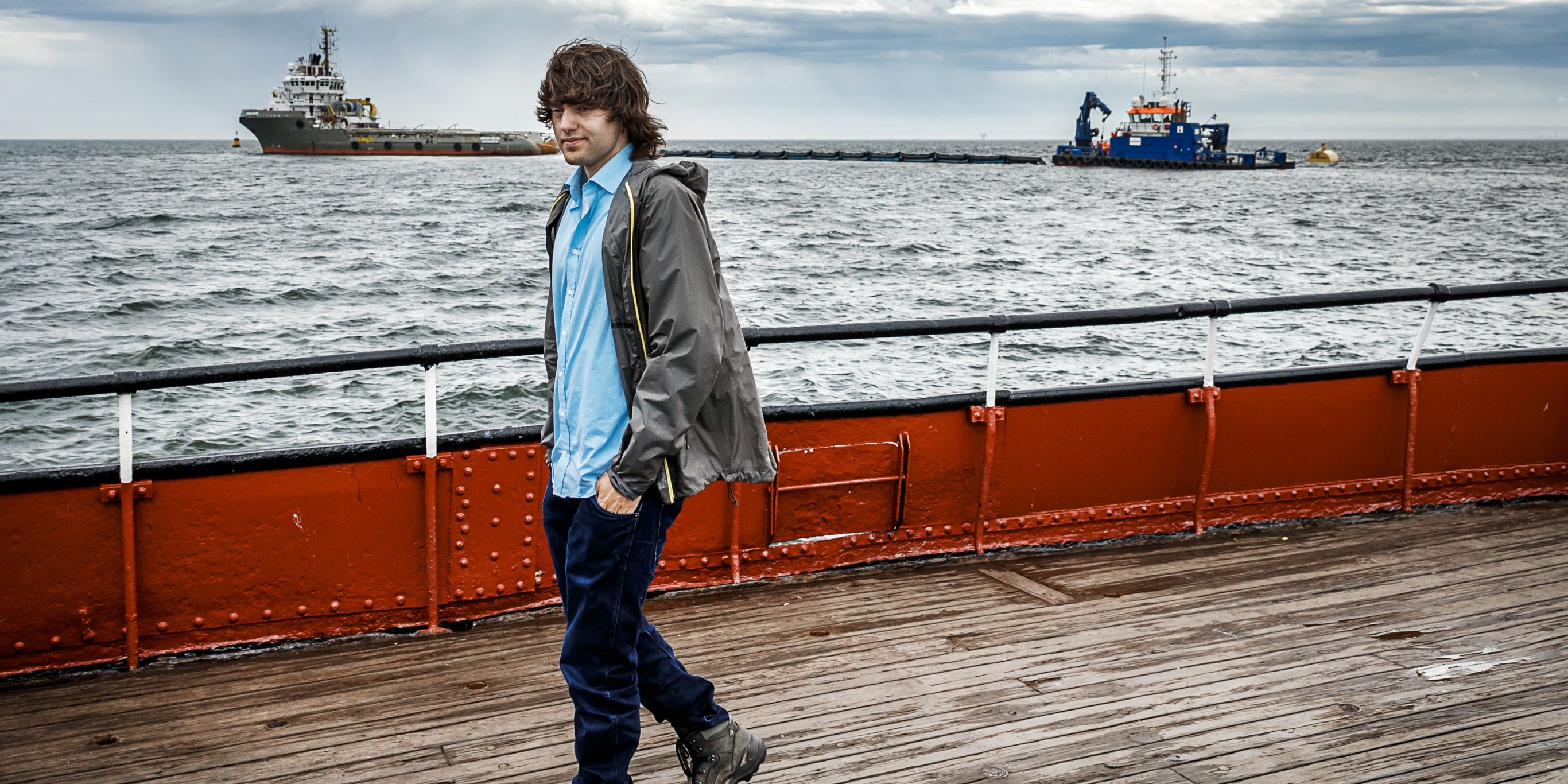 The oceans accumulate approximately 8.8 million tonnes of plastic every year, but it is estimated that only about 270,000 tonnes float on the sea surface.

For years, most scientists have believed that after entering the ocean, the "missing" plastic quickly decomposes and breaks down into microplastics – tiny fragments that are less than 5 millimeters long. These tiny pieces then fall to the bottom of the sea, as many researchers suspected.

However, this theory contradicts the observations of researchers from The Ocean Cleanup, a non-profit organization that aims to rid the oceans of plastic. The organization was founded in 201

3 by the then 19-year-old entrepreneur Boyan Slat. Slat is now 25, and is nearing his goal of eliminating the Great Pacific Garbage Patch, a garbage-filled ocean vortex more than twice the size of Texas.

Read more: The massive plastic cleaner invented by a 25-year-old could finally catch garbage in the Great Pacific Garbage Patch. Take a look at his difficult journey.

"That's a contradictory view," Slat told Business Insider. "I think we have closed or at least hinted at the biggest knowledge gap in the area of ​​plastic pollution."

Over the past few years, Ocean Cleanup researchers have discovered that a certain type of plastic accumulates in the waste.

"Much of it is really weathered and broken, and part of it looks really old," said Laurent Lebreton, lead author of the study, Business Insider. "We do not really find plastic bags or straws, but we do find really thick, hard plastic fragments."

Most of the items the researchers took out of the landfill in 2015 came from the 2000s. Some were much older.

This indicated that plastic objects did not disintegrate very quickly.

"It's really shocking to see that plastic pieces from the 1970s still float there," Slat said. "A few weeks ago, we recovered a box from Japan that literally dates back to 1970."

The researchers concluded that instead of degrading plastic objects, they go on a long journey, sometimes decades, before they accumulate in large offshore sections.

Plastic's Journey Through the Ocean

A small portion of the plastic in the ocean originates illegal dumping, spilled on the sea or on production facilities that send plastic waste to nearby waters. But most of it comes from landfill.

Plastic garbage entering the ocean sometimes collects on shores where no people are to collect garbage. An example of this, Lebreton said, is the Australian Cocos Islands – a remote area with few inhabitants that has the highest density of plastic waste ever reported on Earth (about 260 tons). On these shores a large amount of plastic is swept away by the flood and then returned to the same place.

This cycle ends with the plastic degrading or moving offshore.

Less than 1% of the plastic entering the ocean from the shore reaches a gyrus such as the Great Pacific Garbage Patch, the researchers found.

As a plastic object moves through the ocean, organisms like algae or barnacles attach to it and complain, a process known as "fouling." The object then sinks below the water surface to deeper parts of the ocean.

Algae and barnacles, however, need sunlight to survive, and that's when they sink lower with their plastic house. Eventually, the organisms may die and fall off the plastic object, causing it to rise to the water surface again.

Lebreton said that thick pieces of plastic often resist the weight of organisms, while thin pieces tend to lose their buoyancy. That explains why there are not many thin straws or plastic bags in the bin, he said. The researchers found that thin plastic parts can bounce back to the surface in deep water, but end up in the shallower water at the bottom of the ocean and stay there.

The plastic wound up in offshore whorls may deteriorate, but may take a while. The researchers found that most of the plastic objects that are currently decaying into microplastics were made in the 1990s or earlier. As a plastic article decomposes, the resulting microplastics tend to rain like ashes on the seabed.

Lebreton said that the garbage in the Great Pacific Garbage Patch could take several decades, if not centuries, to disperse without intervention.

"If you stopped putting plastic in the ocean or just in the natural environment in general, you would still have to deal with the heritage of plastic garbage," he said. "In that sense, we can really say that the worst is yet to come."

Slat said the new study "confirms the strategy" of The Ocean Cleanup, since solving the problem of plastic pollution requires both (eg, recycling) ashore ) and clean up the plastic that is already in the water.

Slat's solution is a floating, U-shaped array that catches plastic in its fold like a giant arm. Thanks to an underwater parachute, which serves as an anchor, the device moves slower than the flow of the ocean. As natural winds and waves push plastic into the center of the U-shaped system, the debris is trapped by a screen that extends below the sea surface. The collected garbage can then be towed ashore on a ship.

If the Ocean Cleanup project is successful, its equipment could halve the size of the garbage dump in five years.

"For me, it's not really a question of whether it will work, it's when it will work," Slat said. "I do not think we have a choice given the scale of the problem."