Breaking News
Home / World / The pilot had an "emotional collapse" before the fatal crash, says the research panel from Nepal

The pilot had an "emotional collapse" before the fatal crash, says the research panel from Nepal 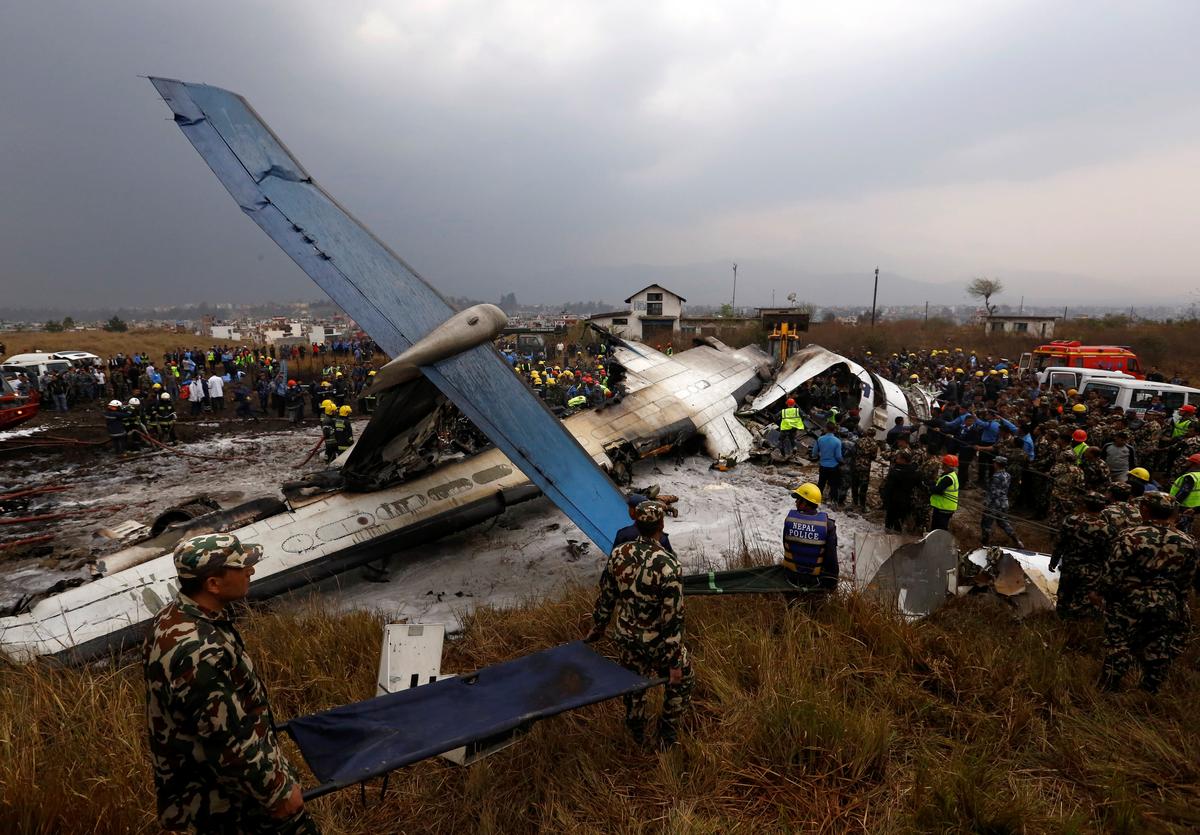 KATHMANDU (Reuters) – The captain of a plane from Bangladesh "seemed to have an emotional collapse before a deadly crash last March," Nepalese investigators said in a final report on the worst Himalayan air disaster for 26 years.

FILE PHOTO Rescue workers work on the wreckage of a US-based Bangla plane after it crashed on 12 March 2018 at Tribhuvan International Airport in Kathmandu, Nepal. REUTERS / Navesh Chitrakar

They blamed the loss of the crew for the crash of the US-Bangla Airlines flight to the capital of Nepal, Dhaka, which caught fire on the landing in Kathmandu and 51 of the 71 people on board killed.

"The pilot thought he could maneuver and land the plane. But he could not, "reigning official Buddhisagar Lamichhane told Reuters on Monday, referring to the captain.

The Captain was under stress and "emotionally disturbed" because he felt a colleague not on board the fatal escape had questioned his reputation as a good instructor, the Accident Investigation Commission said Nepal.

"Along with the crew's failure to follow standard operating procedures in the critical phase of the flight, this contributed to the loss of situational awareness," said the report, which was submitted on Sunday.

Due to this lack of awareness, the crew did not recognize the aircraft's deviation, a Q400 turboprop from Bombardier Inc. ( BBDb.TO ), from the intended path, which in turn meant that they did not use the machine could see runway, he added.

After the crew had missed the runway, the crew flew north of the airfield in a wrong position near hilly and mountainous terrain around the airport, it said.

"When the crew finally saw the runway, they were very low and too close and not properly aligned," the report added, saying that the captain should have stopped the landing and had to make a takeoff.

The plane slid off the runway onto the surrounding grass and quickly caught fire. Both pilots were among the dead.

The 52-year-old captain was fired by the Bangladeshi Air Force in 1993 for suffering from depression. Later, however, he stated that he was suitable for civil aircraft. No symptoms were mentioned in recent medical reports.

Citing the voice recorder and eyewitness accounts of the passengers, the report reported that the captain smoked in the cockpit during the flight and was "even in critical phase in the unnecessary, unprofessional, and lengthy conversation," which violated the standard sterile cockpit.

He shared the cockpit with a first officer, 25, who had a total of 390 hours of flight experience and had never landed in Kathmandu as a crewmember. This contradicts a US Bangla spokesman who said last year she had already landed there before.

The landing on Kathmandu Airport, surrounded by hills, is considered difficult. In 1992, all 167 people were killed aboard a Pakistan International Airlines plane as it was plowing up a hillside.

On the Bangla US flight, the captain's varying experiences and additional authority probably prevented the first officer from being more assertive during significant stages such as the final approach and landing, the report said.

The report recommended that the airline concentrate on adequate resource management for the crew and establish a mechanism to monitor and assess the crew's mental status in terms of career development, financial, personal and psychological issues.

The pilot's mental health was highlighted by a crash in Europe in 2015 after a first Germanwings officer purposely flown a jet into a mountainside.

Last year, the European Commission adopted new mental health rules for pilots, which required airlines to make a psychological assessment for the first time before hiring them.

Report by Gopal Sharma in Kathmandu; Additional reporting by Ruma Paul in Dhaka; Editing by Jamie Freed and Clarence Fernandez