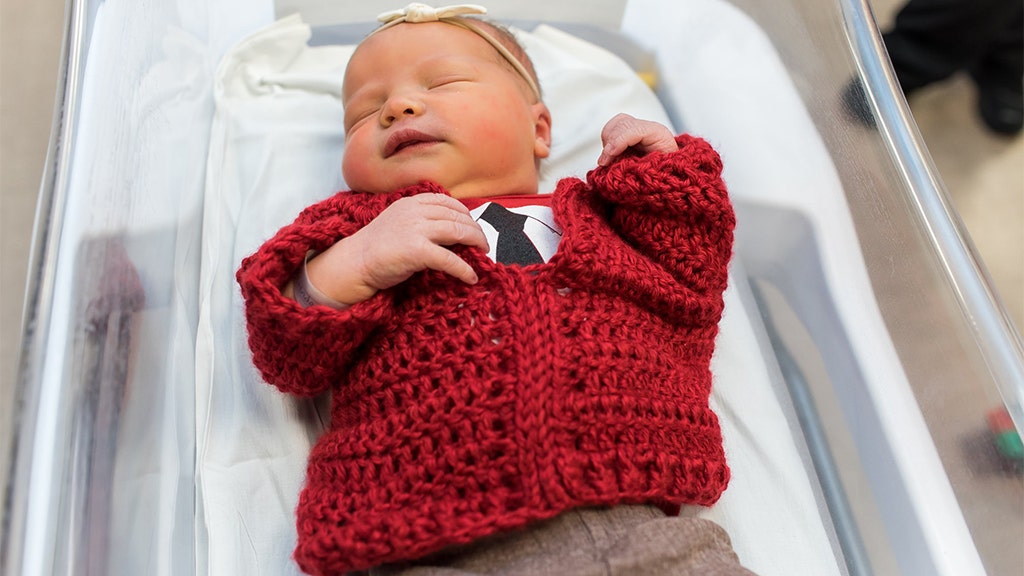 It was a beautiful day in the neighborhood on Wednesday when dozens of babies were disguised at the UPMC Magee Women's Hospital in Pittsburgh as the late Fred Rogers to host the PBS television program "Mr. Rogers & # 39; Neighborhood".

The local PBS member station WQED is the driving force behind the holiday in Pittsburgh, Cardigan Day, which coincides with World Good Day celebrating "the heritage of universal kindness and acceptance of Mr. Fred Rogers," said Spokeswoman for the Hospital, Amy Charley Fox News.

MISTER ROGERS 'WIDOW JOANNE REMEMBERED OF YOU: "PEOPLE HAVE IT IMPORTANT"

"UPMC Magee has been disguising her babies for special occasions for years," she said Charley. "It's one of the hospital's favorite traditions."

Hundreds of employees lined the railing of the hospital's main lobby to greet Rogers' widow Joanne by calling the title song of "Mr. Rogers & # 39; The show ran from 1968 to 2001, making it the longest-running entertainment show for children in history.

Fred Rogers was born in Latrobe, Pennsylvania, and lived the last 50 years of his life in Pittsburgh, including the entire run of "Mr. Rogers & Neighborhood. "

Joanne Rogers was pleased to see newborns in the hospital with her husband's trademark crocheted cardigans and sneakers, and the outfits were created by Caitlin Pechin, a hospital nurse.

"You are so polite," Rogers joked as she mocked the bundled babies.

"Mrs. Rogers kept telling us how much she loves babies. She got a real kick when she disguised herself as Fred, "Charley said. Rogers is an icon of Pittsburgh, and many of his values ​​overlap with the values ​​of UPMC Magee. "

Fred Rogers died of stomach cancer in 2003. A documentary about his life:" Will you not being my neighbor? "was published last year and is played by Tom Hanks in the movie" A Nice Day in the Neighborhood ", which will be released later this month.