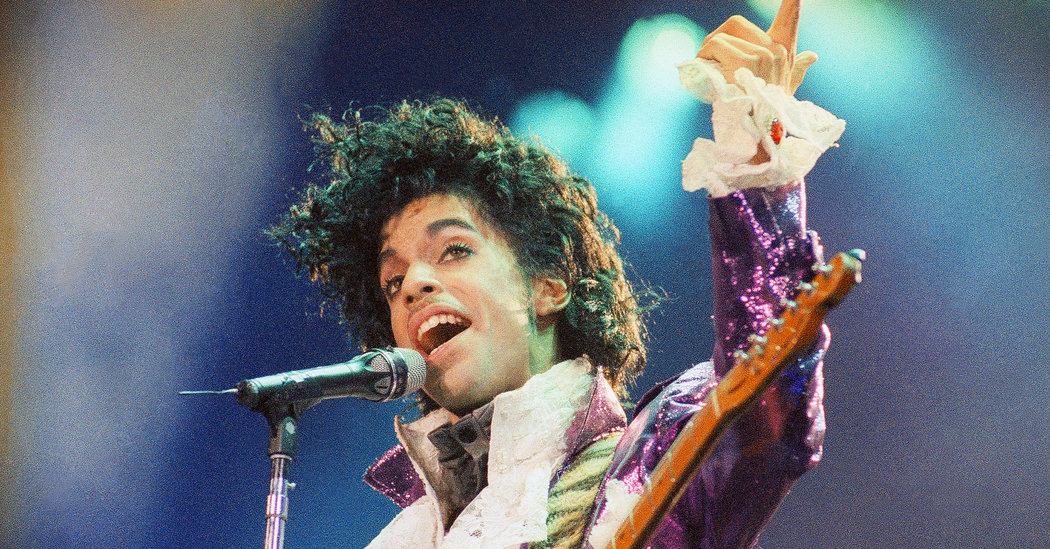 Every Friday, New York Times pop critics capture the week's most notable new songs and videos – and anything else that makes them seem intriguing. This week, Prince's 1984 original recording of a song known as Sinead O & Connor hit, three recordings of Reggaeton pop crossover and a Grant Green cover of a James Brown track.

Do you only want the music? Listen to the playlist here on Spotify (or find our profile: nytimes). How, what you hear? Let us know at [email protected] and sign up for our Louder newsletter a weekly blast of our pop music coverage.

Prince, "Nothing Compares 2 U"

Prince's estate released his studio recording of "Nothing Compares 2 U," the song written in 1990 for Sinead O & # 39; Connor became an international hit. Prince took every part except a few backing vocals and a saxophone solo (both by Eric Leeds), and it's a mystery why he did not originally release it himself. It is already a crescendo of heartache, underlined by everyday details, a consummate song. (Ms. O & # 39; s Connor's version eroded the arrangement, adding to the loneliness and adding a crucial note – an up-jump when she sings "nothing.") The video clip uses rehearsals of Prince dancing with his bands: strutting, kicking, spinning, splitting, all in his high-heeled boots. While the pictures distract from the song, they remind of his physical presence – happy and, yes, incomparable. JON PARELES

It's been nearly a year since [a suicide bomber killed] 22 people leaving a concert by Ariana Grande in Manchester, England; The victims were between 8 and 51 years old. From the title, the first new song by Ms. Grande since the attack – "No Tears Left to Cry" – seems to become a ballad about emotional exhaustion and the long dream. It's not that. Instead, Ms. Grande delivers castrated, British-influenced dance pop with occasional splashes of lyricism – "We also fly to take part in all this hatred / We vibrate out here" – that scans more than rudeness as a tribute. JON CARAMANICA

This song – a cut from the "Red" sessions of Taylor Swift and Train's Pat Monahan – sounds like Sugarland "Red" – era Taylor Swift. Jennifer Nettles was such a country singer because of her gift for tight-controlled howling, but here she sounds like she's hemmed in to another singer box. And Sugarlands rooty jubilation is replaced by the folk-rock anodyne arena. J.C.

As Anteloper, drummer Jason Nazary and trumpeter Jaimie Branch direct their acoustic instruments through an atmosphere of electric whirl and beats and earth tones. There is nothing remote or timid about these digital sounds, but it is analogue playing that provides clarity and direction (though Ms. Branch maintains her dislike for smooth, linear phrasing). "Oryx", the opening track from Anteloper's debut album "Kudu", begins with a gurgle of static and high notes; Mr. Nazary begins an irregular pattern on the snare drum and hi-hat, and Mrs. Branch's trumpet whirls close behind her. Finally, she begins with a daring, anticipatory melody, almost songful. Just when things dissolve again in a haze, a Moog arrives with a synth-pop-hook and invites a pithy, soulful trumpet statement on the way out – naturally supported by an octave pedal and a fleet of acidic effects , GIOVANNI RUSSONELLO

Optimism radiates from "Queendom", a dance floor declaration of feminine empowerment by Norwegian songwriter Aurora. The beat is a solid but unobtrusive four-on-the-floor; pulsating, hectic, fluttering electronics and airy voices in a production that rebuilds with each verse and never gets repetitive. "You have a home in my premier class," promises Aurora. JP

"Lovely" is the song of someone inextricably linked or trapped: "I hope to make it someday" Billie Eilish sings with Khalid – not in dialogue or counterpoint, but in harmony, as if they were partners and the burden of others. "Do you want to feel alive outside / I can fight my fear." The scenery is piano and strings, which linger on two chords; the melancholy never rises, and in the end Khalid and Ms. Eilish share a cool greeting: "Hello – welcome home." JP

How about your reggaeton pop crossover?

a) Delivered to the mercy of a former British middle-class band, who sings fat: "Roll your hips, make Calypso"

This could be the year of true mix-and-match pop with Latin American influence, with fewer artists in the field Post-Despacito haze appearing progressively. So far, few of these efforts have really worked (and Pitbull did that years ago, too little recognition or respect). From this last harvest is the right choice, as far as there is one, b. But maybe it really is

Late allegations sound and break out in "Everybody Knows," an early single from "Primal Heart," released on Friday by songwriter Kimbra. from New Zealand. "I will not try to forget what I went through," she sings, adding, "I was young and gullible, but baby I grew / And now the whole world is watching you." The track starts with cautious moods but gathers impact when the allegations arise. J. P.

Tank and the Bangas grumble just a bit -" What are you trying to ruin everything? After all, the 70s-inspired groove still travels with small flights of jazzy keyboard, spoken-word bits that turn into babbles and what turns out to be a very small one Please explain: "Just be honest." JP

Grant Green "I do not want nobody giving me anything (open the door, I'll get it for myself)"

Grant Green's guitar style is one of the simple pleasures of Jazz: sturdy and crisp, articulated in strong, single-note lines or small twisting helices of harmony.In its own, blunt manner, Green in the late 1960s did much to explode the sectors that the music industry has exploded in the black landscape The albums he turned for Blue Note were hard-bop and bossa nova, molasses-dripping blues and serious funk. "Radio in France: From Paris to Antibes (1969-1970)" , one New release on Saturday, covers Green James Brown's "I do not want nobody to give me anything (open the door, I'll (Get It Myself)," who have made it all at home, around the world and forward-looking sound. Listen to his sombre-seductive riffs – whimsical minor phrases on Larry Ridley's only repeated bass note – and you can easily hear the seeds planted for Jeff Parker's brand of beat-driven contemporary jazz. GR

Ras G and the Afrikanische Space program "The Arrival"

Los Angeles based producer Ras G makes futurism feel like comfort on his new album "Stargate Music". The tracks here seem to have been built in a lab full of microscopes and mirrors: he uses small elements and gives them a sharp clarity even in the darkest of environments; Beats and small patterns collide and build on each other, like a mosaic of reflections. As a proven afobuturist, Ras G makes music for your soul and your imagination and invites you to a combination of close examination and extensive thinking. (On "The Arrival", is this an Alice Coltrane sample? Maybe it does not matter.) GR

Jon Pareles has been the Times' top pop music critic since 1988. A musician, he played in rock bands, jazz groups and classical ensembles. He studied music at Yale University. @JonPareles

Jon Caramanica is a pop music critic for The Times and host of the Popcast. He also writes the Critical Shopper column for Styles. Previously, he worked for Vibe Magazine and has written for Village Voice, Spin, XXL and more. @joncaramanica