The police called when Sen. Jeff Merkley attempted to enter the immigrant orphanage 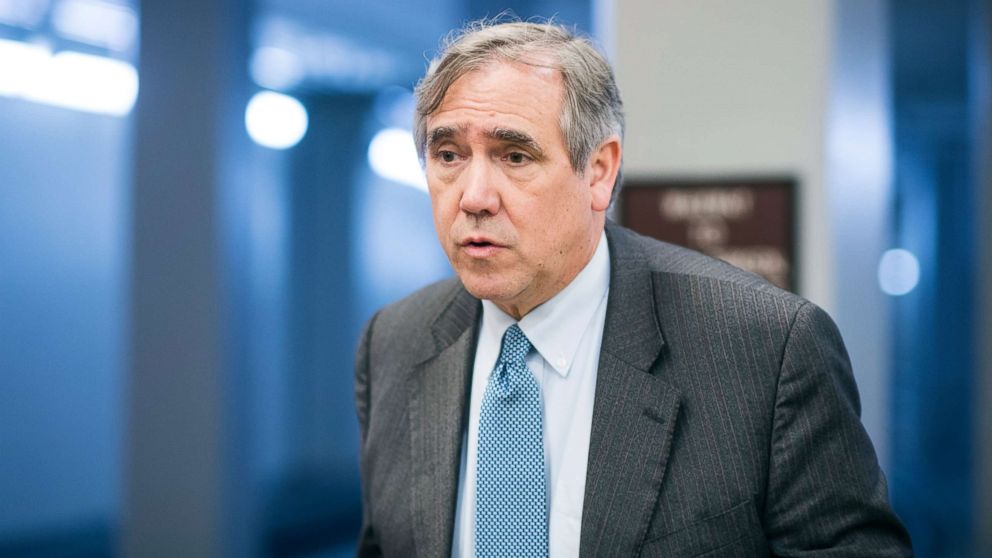 Local police were called on Friday by Senator Jeff Merkley, an Oregon Democrat, as he tried to enter a haven for undocumented children on a trip to the Texas border – a trip, the legislator said Trump's government implements its policy of separating children from their parents.

During his visit to McAllen, Texas, Merkley went to a former Walmart store that had been converted into a facility operated by a nonprofit organization called Southwest Key, and the Refugee Resettlement health and human resources office assembles undocumented children as soon as they arrive in the United States. They will be held there until their next stop, typically with family members in the United States or in their home country, or with foster families.

Merkley's office had previously told reporters that he would visit the border to gain access to facilities housing children. ABC was among several news organizations that sent a camera to cover his trip.

Merkley has tried several times to persuade the facility's maintainer to talk to him and tell him that he and the reporters present deserve to see the inside of the shelter to see how the US Government treated children in their care.

He said his staff called the Southwest Key Casa Padre facility late last week to arrange a tour, but when he arrived, nobody seemed to be expecting him.

"You should be able to offer a tour, not a sterilized Potemkin village, where they'll arrange everything to look nice on your arrival," Merkley said.

Merkley was not arrested, but he, his staff, and a small retinue of journalists were asked to leave the compound. The supervisor of the shelter would not speak to Merkley, but to the public health bureau of Washington, D.C.

00% of cases of illegal immigration to law enforcement, including immigrants crossing the border. The DHS also no longer includes parents with their children once the parents have completed their preliminary trial, citing a precedent that prevents the government from holding children for more than 20 days.

"If you do not want your child to be separated, then do not illegally cross the border," said Attorney General Jeff Sessions, announcing the new enforcement directive.

In a statement, a DHS spokeswoman said the department was simply following the laws passed by Congress and that child safety was "paramount" for the agency.

"I encourage Senator Merkley to work with the government to eliminate the underlying loopholes that act as a magnet for illegal immigration, and to threaten these children with smugglers and traffickers," the spokesman said.

While not participating in Merkley's stay at the orphanage, the DHS organized a visit earlier that day to a nearby processing center for children and adults, which they provided in the short term despite the obvious and serious privacy concerns. "

The American Civil Liberties Union, which filed a class action lawsuit in March, said it had at least 700 cases known to divorce its children from May onwards. Official policies were announced earlier this month, but aid groups such as the Florence Project said they saw a rise in family separation cases in the summer.

While there have been many anecdotal cases that reflect policy, their implementation is systematically harder to understand. Before visiting the children's home, Merkley stopped at the nearby processing center. He was allowed in, but the journalists accompanying him did not.

When he showed up, he said he was only allowed to speak with a father-son couple, who were already reunited and awaiting his release, whereupon they would remain with his family in New Jersey until his father's lawsuit. He added that the father had an ankle bracelet that the officers would use to monitor him until he returned.

He said the officials told him that families would normally be separated for only a short time, although anecdotes from imprisoned parents tell a different story. Jocelyn, a mother fleeing an abusive husband in Brazil, told ABC Tom Llamas that she was detained during her trial in El Paso, Texas, while her 14-year-old son was sent to a facility in Chicago. Now Jocelyn lives in a shelter and has not seen her son for eight months.

"I do not feel I'm getting the true story of everything that happens with this new policy and its impact on asylum seeking families," Merkley said after coming out of the processing plant.

Merkley also visited a humanitarian recreation center run by the Catholic Church in the area where undocumented persons may go as soon as they are released from US custody. He talked about a translator with a man who did not show his face, but was in the recreation center with his two children and his daughter. Merkley told the man he was there to learn more about why some families were separated while the adults were waiting for a decision.

"That worries me, we do not want to be separated," the man told him.