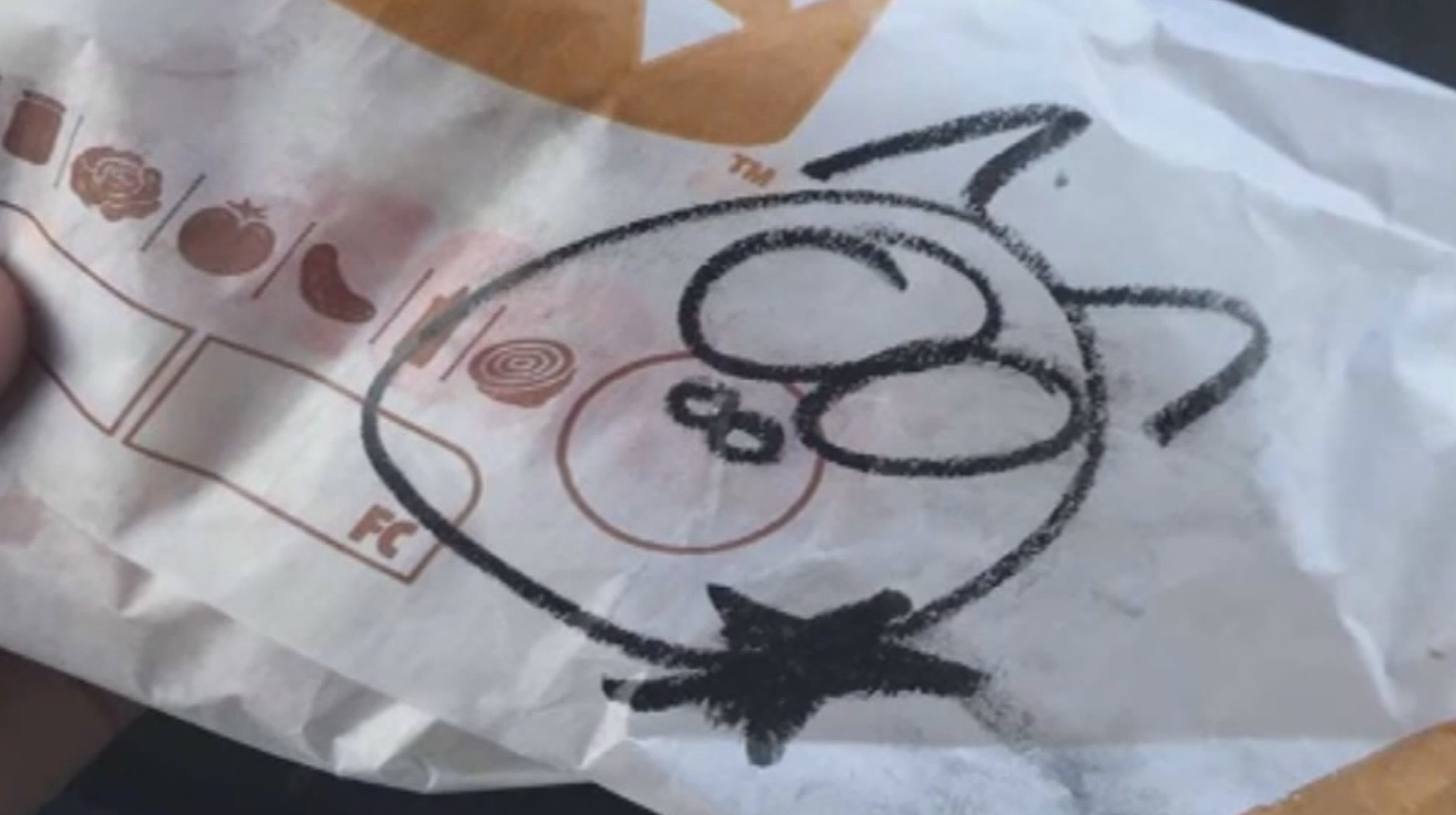 A hungry New Mexico police officer had an unwanted work of art on Thursday with his Burger King command. Someone from the fast food chain has painted a pig on his burger foil.

During his lunch break, Officer Timo Rosenthal stopped at a Burger King in Albuquerque. When he received his order, the policeman saw the rough artwork on the envelope.

According to CBS subsidiary KRQE, policeman Rosenthal was shocked by the drawing of a pig. The burger was also burned and the meat was of poor quality.

Since the incident, five employees have been dismissed by Burger King. However, according to Officer Rosenthal, a speedy return to the fast food restaurant is not planned.

In a statement to the CBS subsidiary, the vice president of the Burger King franchise said this type of treatment would not be endorsed by anyone, especially law enforcement agencies.