The pre-expansion of World of Warcraft is pretty boring 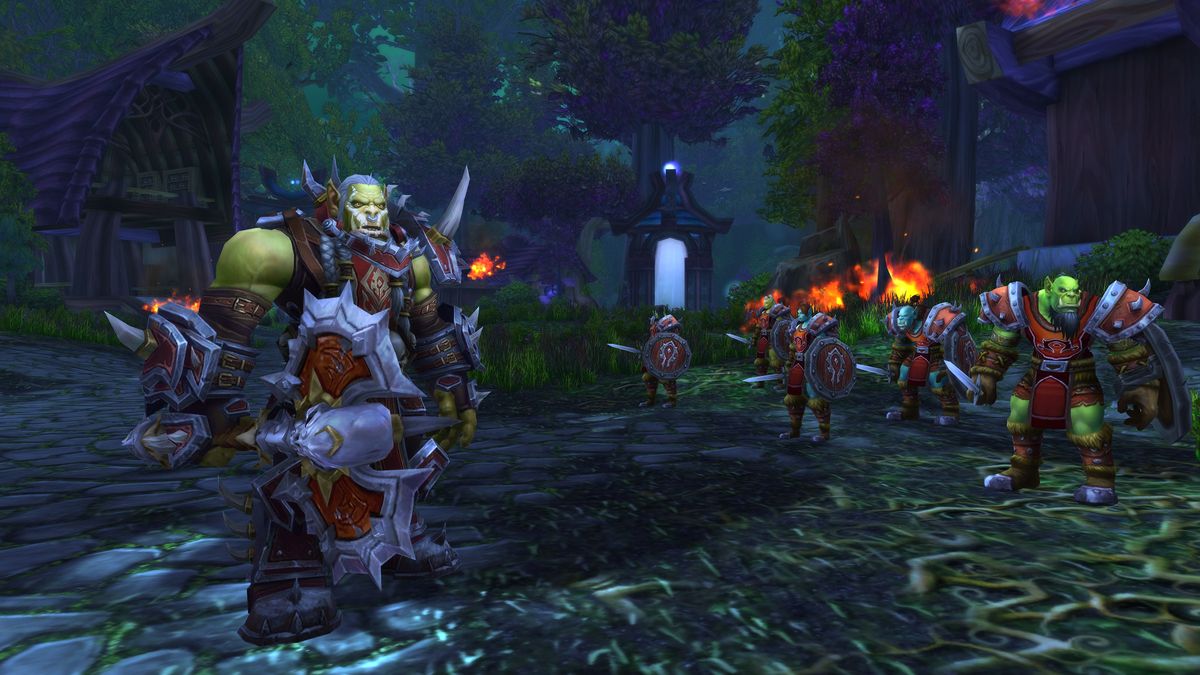 This story contains spoilers for the history of the pre-expansion event.

World of Warcraft & # 39; s upcoming expansion, Battle for Azeroth, is all about reviving the longstanding conflict between the mighty Horde and the Noble Alliance. Although it is still 20 days from launch, Blizzard is trying to overwhelm both sides with a pre-launch event that eventually ends in the permanent destruction of two major cities. It should be a climax for the ages, but after you've played through the first chapter this morning, it's actually just a bit boring.

Called The Dorne War, this pre-expansion event is a timed quest line that will unfold slowly over the next three weeks until Battle for Azeroth launches in North America on August 1

3th. The quest line marks the first major offensive in this new war between Horde and Alliance, with Sylvana's Windrunder launching a startling siege of the night elf city of Darnassus. Horde players will participate in the offensive as Alliance players work to slow their progress and buy Alliance time to build a defense.

But the big problem is that this dramatic moment is slowly dripping over three weeks and there just is not much else to do. Instead of letting players experience the complete quest chain that leads to both the destruction of Darnassus and the Undercity (as I saw it in the beta), Blizzard split the War of the Thorns into three parts, which are released weekly. The first quest chain sees the Horde invading Darkshore and the Alliance crowd a defense that ends in a stalemate and … that's it.

Although the preparation for Battle for Azeroth is not particularly exciting, I played the beta version of the expansion and have a damn good time. See why Zandalar, one of two new continents appearing in Battle for Azeroth, is one of the best WoW zones I've ever seen.

When I played through the quest line on the beta servers, it was a bit annoying to go through everything at once. It makes sense to wait a week between quests because each side gathers strength to try to break the stalemate, and of course that takes time. I would agree if there really was something to do while I waited.

Darkshore has a few world quests that offer some gear and resources, but not much else. I glanced at her and saw that there was nothing useful for me and I logged out again.

It's disappointing as the players pointed to the WoW subreddit, so the last pre-expansion event was so damn good. Legion's Prologue triggered demonic invasions throughout Azeroth, where new and old players could fight the Burning Legion while collecting cool cosmetics and ton experience points. It was an incredible opportunity to prepare new characters for the expansion. But Battle for Azeroth's pre-expansion event feels skeletal compared to the skeleton.

Of course it is possible that all expectations are too high – including mine. Ranwulf on Reddit points out that most of the World of Warcraft pre-expansion events were quite small and outrageous.

While the players know that the Dorne War will end with the destruction of Darnassus and the Undercity, they will miss cut-scenes in the Beta that omit important details of the plot. I look forward to filling these gaps over the next two weeks, but I wish the Thorn War had given me a reason to log in with my main character.