The radiation exposure rose shortly after a fatal incident in northern Russia, an official told the state media 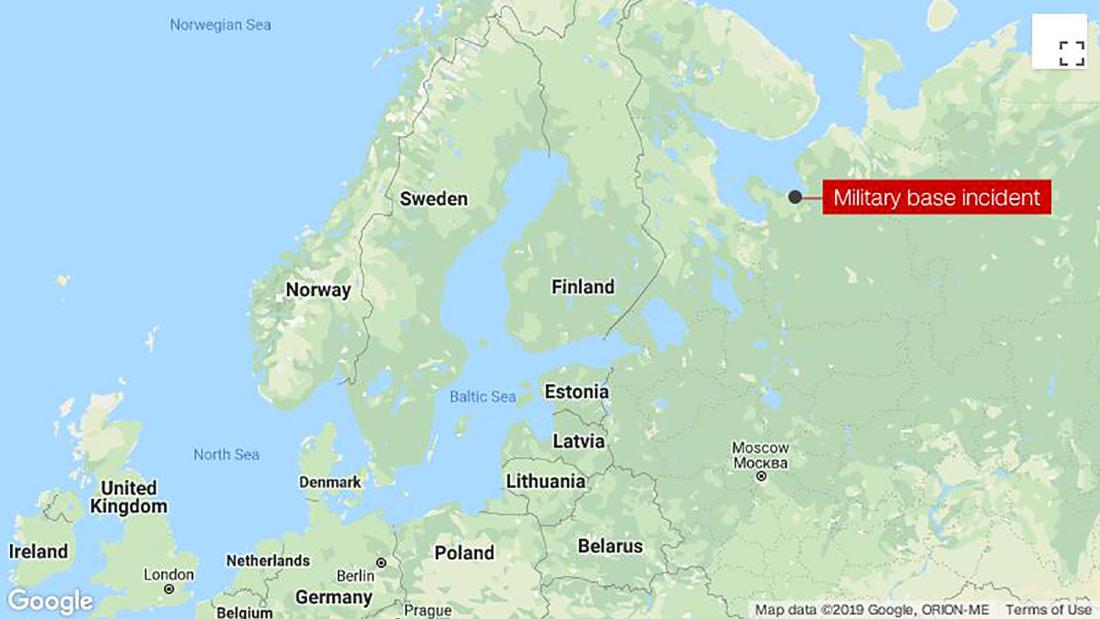 "The short-term rise in radiation levels was registered in Severodvinsk around noon," said Kseniya Yudina, a spokeswoman for the city.

The governor of Arkhangelsk informed TASS that the area around the explosion would not be evacuated.

"No, there's nothing like that, we do not have such information," Igor Orlov told the news agency. He said there are victims.

At least two people were killed and four seriously injured The explosion of a liquid rocket engine, TASS reported to the Ministry of Defense.

The state news agency RIA-Novosti has raised the number of victims, citing regional law enforcement authorities. The explosion killed two people and 15 were injured. The agency told RIA Novosti that the incident took place 30 kilometers from the city of Severodvinsk and the circumstances had been clarified. Severodvinsk has a naval base and a shipyard.

The incident occurred just days after a major fire and explosions in a military munitions depot in the Siberian region of Krasnoyarsk.