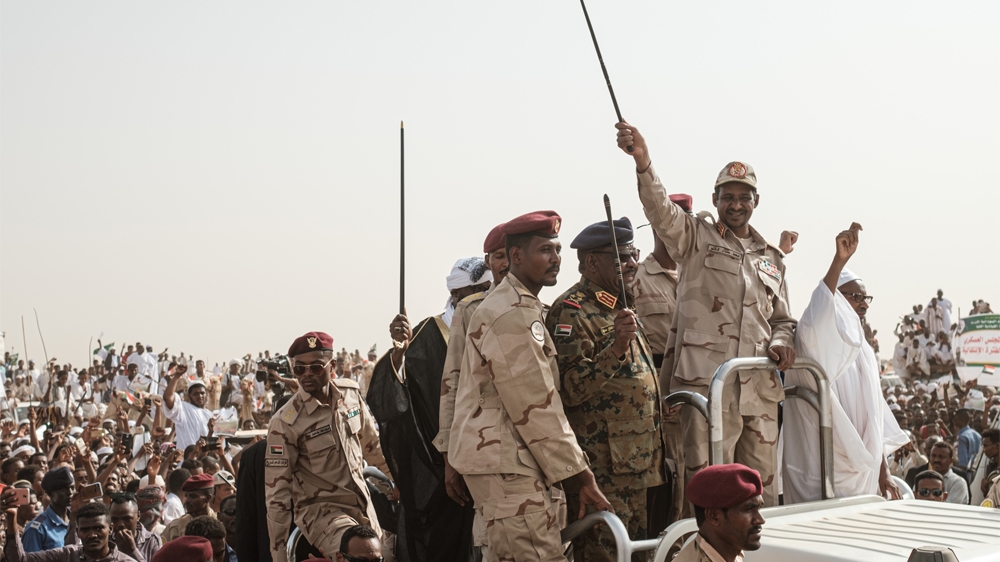 With protesters in Sudan planning to take to the streets for mass rallies called "million march" on Sunday, the country's ruling military council warned protest and opposition groups that they were being held responsible for death or damage.

] "We warn of the severity of the crisis our country is undergoing," said the Transitional Military Council (TMC) in a statement by state news agency SUNA on Saturday.

The TMC claimed to have closed the Alliance for Freedom and Change, which leads the protest movement, "fully responsible for any spirit lost in this march, or for any damage or harm to citizens or state institutions."

The Alliance has called for demonstrators to walk on the streets of Khartoum and Khartoum Other cities are calling on Sunday for the TMC's power to be extended to the civilian population and the judiciary over all through the paramilitary Rapid Support Forces (RSF) during one bloody dispersal on June 3 of a protest camp before the head of the military lost life transfers lodging in the capital.

20 people had been killed in the crackdown, but officials reported a death toll of 61.

On Friday, Amnesty International issued a statement calling for the death penalty. TMC guaranteed the safety of the demonstrators on Sunday.

"The appalling, unprovoked use of deadly and unnecessary violence against peaceful demonstrators, as witnessed on June 3, may not be repeated or never repeated this Sunday," said Kumi Naidoo, Secretary General of Amnesty International

The TMC and the opposition movement have been arguing for weeks about addressing a transition to elections following the military's deposition of al-Bashir on April 11 after months of protests by the people against his rule. [TMP] TMC Deputy Chairman General Mohamed Hamdan Dagalo warned on Saturday of "Vandals" and a "hidden agenda" he plans to exploit to take advantage of Sunday's march.

Dagalo, better known as Hemeti, is also head of the dreaded RSF, said the use of security forces and troops in Khartoum was intended to "provide security for the people, not to harass them".

"People expect the security forces to react with violence, but there is no more fear and they are ready to go on fire," said Ahmed Hadra, a demonstrator detained at the beginning of the demonstrations in December 2018, opposite Al Jazeera.

has become the focus of protests against al-Bashir and the TMC, there has been an "alarming repatriation" regarding human rights.

"These include a continued shutdown of the Internet, attacks on the media and refusal to allow opposition groups to organize pub" This crackdown clearly points to the return of the repressive days associated with al-Bashir. "

For his Part Dagalo argued that the generals had no intention of remaining in power.

"The military council is only a guarantor," he said. "We say we want a civil government, a government of competencies, the independents , This is not political talk … That's true. "

Later on Saturday, the protest organizers said ] RSF members had prevented their leaders from holding a press conference in Khartoum.

They" also ordered all people to leave the building, "he added.

Samahir El Mubarak, SPA spokesman, told Al Jazeera that the conference was holding the event abruptly and also the live over transfer has been discontinued.

"They have taken over the SPA … they are staying over there, they do not allow any activity as the Internet services are blocked."

"You have tried any form of communication between the SPA and its members and the SPA and to prevent the public. It is obvious that they are worried about tomorrow's march, but we are confident … towards the Sudanese.

A local Sudanese journalist confirmed that armed men had prevented him and other journalists from attending the meeting in Khartoum's eastern district of Burri.

Negotiations between demonstrators and Sudanese military leaders Little progress has been made since the bloody dispersal on the sit-in. In recent weeks, facilitators led by the African Union (AU) and Ethiopian Prime Minister Abiy Ahmed have attempted to mediate a return to direct talks between both sides.