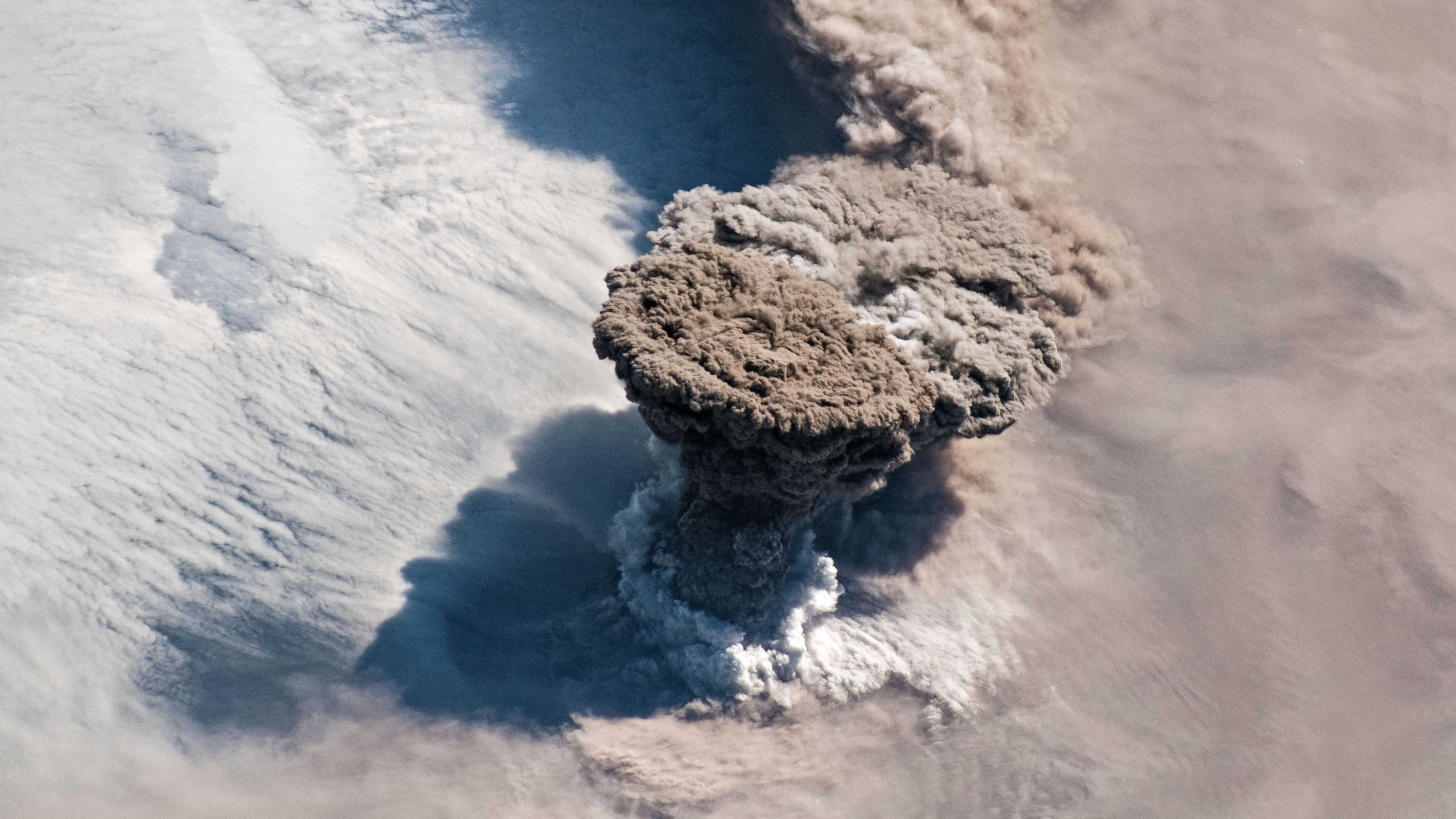 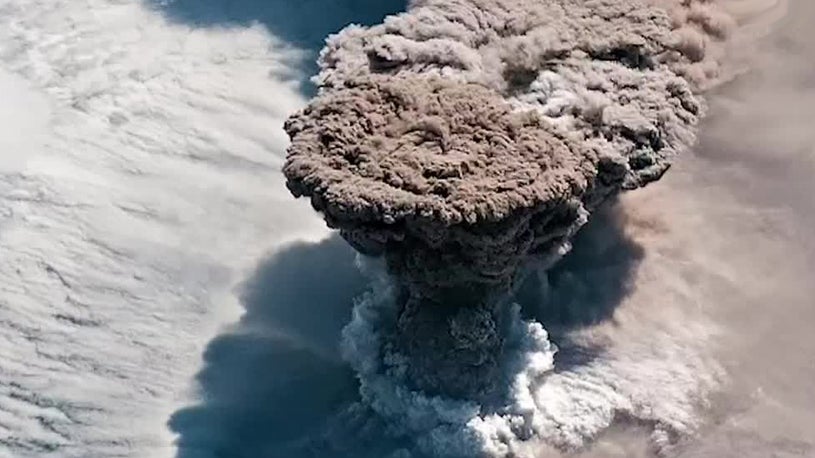 The volcano Raikoke on the Russian Kuril Islands south of the volcanically active Kamchatka Peninsula broke out last weekend for the first time since 1924, and the space paintings were out of this world.

A large ash and volcanic gas cloud shot up from the 2,300 foot wide crater of Stratovolcan at 4:00 am on Saturday, June 22nd, ending a 95-year period of calm.

Several satellites and astronauts aboard the International Space Station (ISS) have captured breathtaking images of this thick ash cloud as it ascended and finally poured east and was pulled into a storm system over the North Pacific.

"Simon Carn a volcanologist at Michigan Tech, told the NASA Earth Observatory that ambient air is drawn into the column and water vapor is condensed." Or it could be around an ascending cloud of the interaction between magma and seawater, since Raikoke is a small island and is likely to flow into the water. "

This next image was taken using NASA's Moderate Resolution Imaging Spectroradiometer (MODIS) Terra Satellite Saturday morning, June 22. NASA said the most concentrated ash was on the western edge of the cloud above the Raikoke volcano when the picture was taken Raikoke Volcano on the morning of June 22, 2019.

The following image is an oblique, compound view based on data from NASA's Visible Infrared Imaging Radiometer Suite (VIIRS) on its Suomi NPP Satellite and shows the ash cloud a few hours after the previous picture.

(MORE: Two Russian volcanoes left their tracks on the snowpack )

In the animation below from the NOAA satellite GOES-West, the eastern side of the volcano. Even the Japanese Himawari-8 satellite has a breathtaking view of Raikoke's large ash banner bubbling into the air, as seen in the following animation is.

Volcanic Ash poses a serious threat to aircraft as it contains sharp rock and volcano splinters, according to NASA.

Tokyo and Anchorage The Volcanic Ash Advisory Centers paid close attention to the Raikoke Cloud and sent messages to the pilots to inform them that the ash had reached a height of 8 miles. Satellites CALIPSO suggest, however, that parts of the cloud were up to 16 km high above the ground.