The sheriff’s deputies fatally shoot the Rosamond man at home 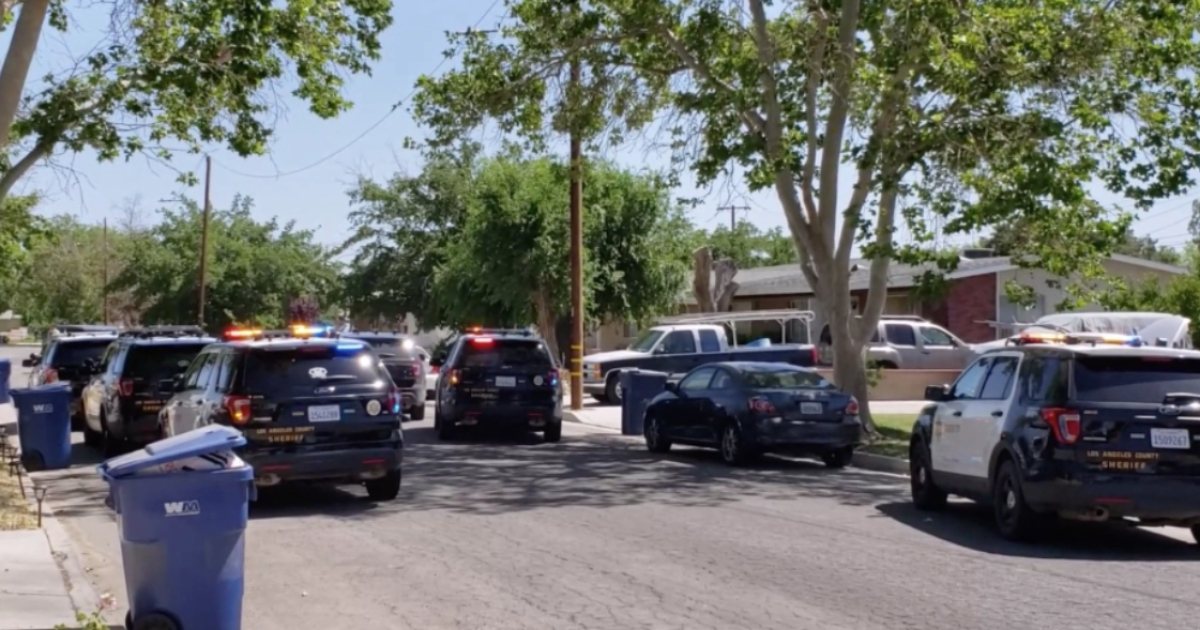 The half brother of Robert Fuller, a young black man who was found hanging from a tree in Palmdale last week, was fatally shot on Wednesday afternoon by Los Angeles County Sheriff MPs in Kern County, law enforcement officials and a family lawyer said.

Details of the shooting were unclear. The surveillance video of the incident, released by a community news platform, showed several vehicles towing a dark SUV into a parking lot in a residential complex. Voices repeatedly shouted: “Hands up!” before shots broke out. The operator of the Rosamond Community Watchdog shared pictures of the scene, including a body lying near a curb next to the stucco complex.

7;s lawyer, Jamon Hicks, said Terron Jammal Boone had been fatally shot by MPs and urged the public to respect the family’s privacy at the time.

Robert Westphal of the Los Angeles District Sheriff Department told reporters on site that MPs were looking for a kidnapping suspect and found him in Rosamond. When MPs tried to overhaul his car, the man opened fire on MPs who returned the fire.

Law enforcement sources said a woman in the car was also shot.

Siara Anderson was on the balcony of a residential building next to the parking lot where Boone was shot when she heard four or five shots in the early Wednesday evening. Anderson saw a man slump in the passenger seat of a blue sports utility vehicle that was clearly dead.

Police officers in civilian clothes, but with bulletproof vests, were on site, she said, along with about five unmarked police cars.

Full of was discovered hanging from a tree in a Palmdale Park Wednesday, and the original cause of death was listed as suicide. After protests, however, sheriff officials said they would undertake a comprehensive investigation with the support of the FBI and the Attorney General.

Thousands protested this weekend in the park, with some who describe racist incidents in the Antelope Valley and raise concerns about whether Fuller was lynched.

“This is really crazy for all of us,” said Fuller’s sister Diamond Alexander. “We want to find out what really happened. Everything they told us was wrong.

“Being here and staring at this tree makes no sense,” added Alexander. “My brother was not suicidal. My brother was a survivor. “

Fuller’s family and friends described him as a peacemaker, a street-wise man with shoulder-length dreadlocks and a beaming smile who loved music, anime, and video games and mostly stayed to himself. Days before his death, he took part in a protest against Black Lives Matter.