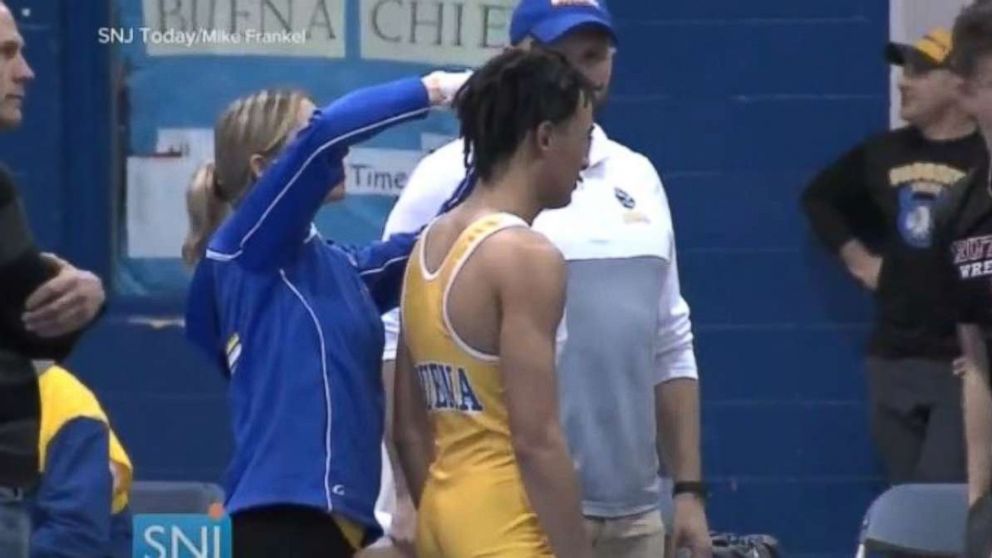 Allegations of racial bias are levied after a high school wrestler in New Jersey is forced by an umpire to cut off his dreadlocks or discard his match.

Buena Regional High School wrestler Andrew Johnson, who is black, has been told he can not compete with long hair at a meeting in Atlantic County on Wednesday. Johnson wore his usual headgear and cover, but the referee said he did not meet the New Jersey State Interscholastic Athletic Association (NJSIAA) rules.

Johnson was visibly desperate with his team-mates and coaches, and was pulled off by a trainer's dreadlocks. He returned to the mat and eventually won his match.

The NJSIAA and the New Jersey Division of Civil Rights (DCR), a division of the State Procuratorate, have both opened investigations into the incident.

"DCR is typically included only if the matter is not properly investigated or remedied by this initial investigation," said Sharon Lauchaire, Director of Communications at the Attorney General's Office, in a statement submitted to ABC News Friday. "DCR was briefed this afternoon about an incident involving a NJSIAA official and a Buena High School wrestler, and as the incident involved an NJSIAA official, the DCR has opened an investigation."

The referee identified by the Philadelphia ABC station WPVI as Alan Maloney may continue to act as a referee, as an investigation into the incident will continue, but according to the school district, he will not monitor Buena Regional High School games.

epitome of a team player?

One referee could not allow Andrew Johnson from Buena @brhschiefs to fight with a sheath over his dreadlocks. It was either a spontaneous haircut or a rejection. Johnson opted for the haircut and won by a sudden victory at OT to help Buena to victory. pic.twitter.com/f6JidKNKoI

Johnson's act of cutting off his dreadlocks right next to the mat was captured in a video that has since spread on the internet and spread rage. The video of Johnson getting his hair cut by a coach was first shared on Twitter by SNJ Today Sports Director Mike Frankel. The video had 8.97 million views on early Saturday.

Frankel described Johnson in his tweet as the "epitome of a team player".

Maloney, who is white, has a history of racism, according to the WPVI. Maloney was accused of having used the N word by a black umpire at a 2016 umpires meeting.

Maloney did not respond to a request from ABC News.

"His hair has always been that way, so it's wrong for them to bring it up now," said Johnson's classmate Maylin Bauza to WPVI.

Kate Hodgson and Leonardo Mayorga of ABC News contributed to this report.