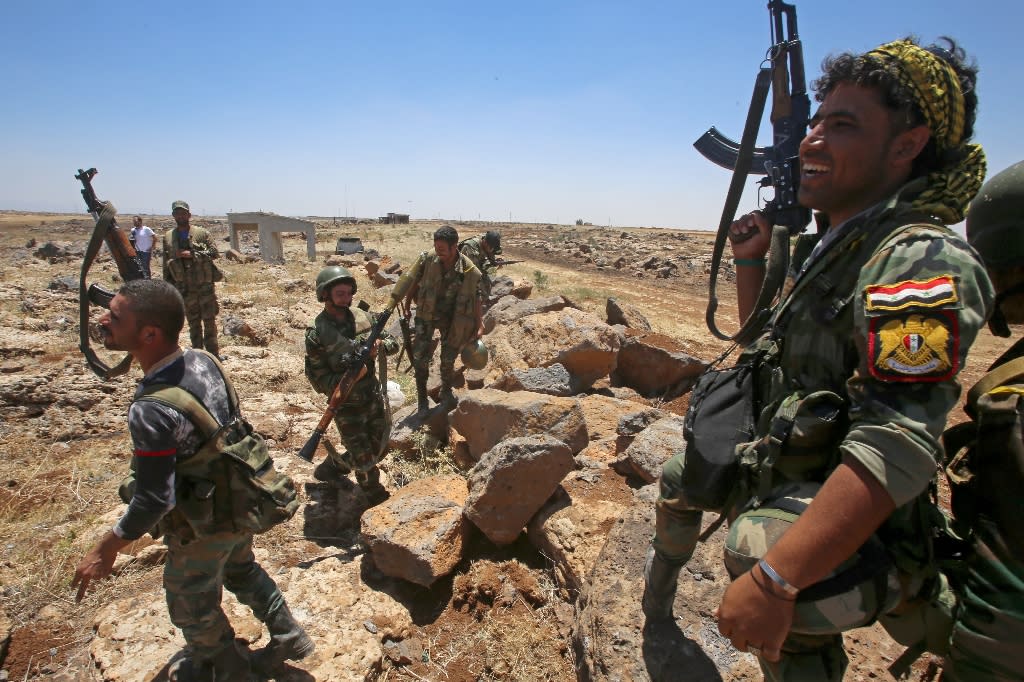 Beirut (AFP) – At least eight battered towns in rebels in southern Syria returned to rule control on Saturday under Russian mediation when airstrikes killed at least 15 civilians, an observer said.

Since June 19 The Damascus regime, backed by its ally, Russia, has launched a deadly bombing campaign in southern Syria to recapture the strategic area on the border with Jordan and the Israeli-occupied Golan Heights.

On Saturday, government forces controlled more than half of Daraa, up from just 30 percent at the start of the operation, said the observer at the Syrian Human Rights Observatory.

Eight cities in the province returned to control the regime after Russia-mediated agreements, the observatory said

"After talks in every city between Russian generals and local notables and remaining rebels," observatory chief Rami Abdel said Rahman.

The so-called "reconciliation" deals are the latest in a series of such agreements. The country where the government has recaptured the areas controlled by the opposition, often after devastating air and ground offensives.

On Saturday, regime forces bombarded more parts of Daraa province with airstrikes, according to the observatory at least 15 civilians killed.

Unidentified air strikes killed 10 civilians, including five children, were present in the rebel city of Al-Sahwa, the British-based monitor reported.

The regime's airstrikes also killed five non-combatants in the city of Ghasam.

The state television broadcast live pictures of Dael, which showed residents g posters of President Bashar al-Assad and slogans in support of the army.

With the Dealings in Daraa, the regime has continued to push itself on a U-shaped area controlled by the rebels in southern Syria.

The reconquest of the entire province of Daraa would be a symbolic victory for the regime, since it is considered the cradle of anti-rebels Assassin rebellion seven years ago, which culminated in a civil war.

It would also allow the regime to reopen the Naseeb border crossing with neighboring Jordan and resume potentially lucrative trade across the border.

"The regime wants us to give it all – Daraa City, Naseeb Crossing, ourselves and the It is not allowed, "said a negotiator in the rebel district of Daraa to AFP.

On Saturday afternoon, there was a video on social media showing a rebel negotiator talking to the Russians.

"The last sessions That was today," Bashar al-Zobi said, accusing the regime and its Russian allies of wanting nothing but "surrender and injustice."

The recent escalation is taking place despite Daraa and opposition elements The neighboring province of Quneitra was admitted last year to a so-called "de-escalation zone" agreed by Russia, the US and Jordan.

Syria's main opposition group, the Syrian Negotiating Commission (SNC), called on the international community to speak out against violence

"We call on the international community to condemn the brutal collapse of the de-escalation zone … and take all possible measures take action to stop this attack on our people, "said SNC spokesman Yahya al-Aridi in a statement.

A total of 115 civilians have been killed in regime bombings in the province since June 19.

During the same period, 96 pro-regime fighters and at least 59 rebels died.

Violence in Daraa has forced around 160,000 people to flee in the past two weeks, according to initial estimates of the United Nations.

This includes about 20,000 Syrian refugees registered in areas near the Naseeb border crossing with Jordan, a country with more than 650,000 inhabitants, and says the actual number is closer to 1.3 million.

Amman has said that it can not open its borders to other Syrians fleeing the seven-year conflict, but announced on Saturday that it had sent aid across the border to displaced people

More than 350,000 people were in Syria killed since the beginning of the war in 2011 with the brutal suppression of protests against the government.