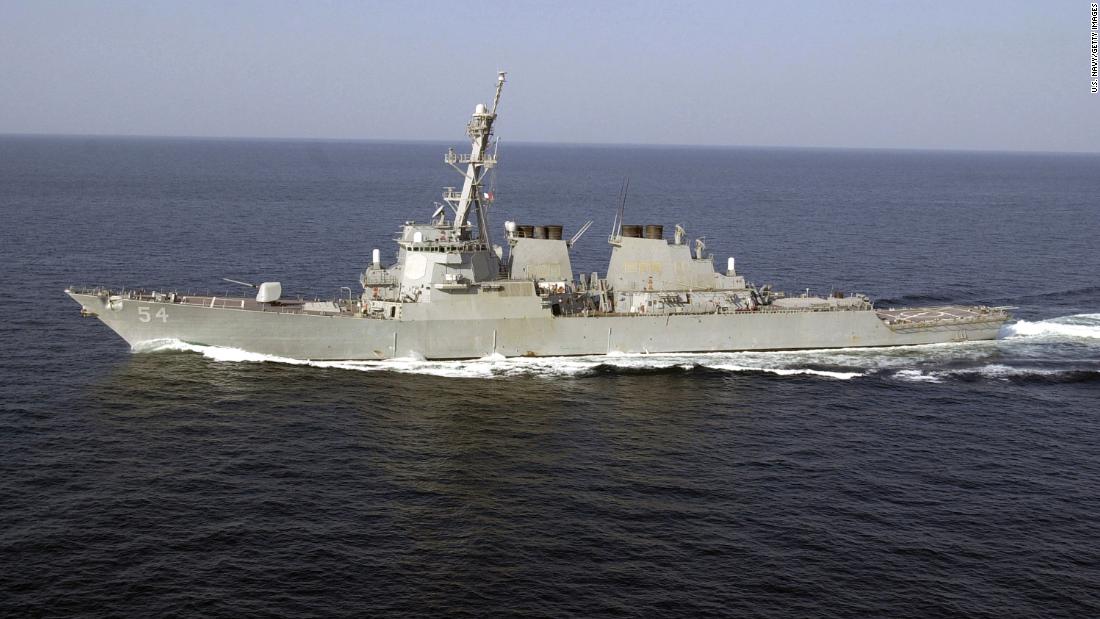 The US Navy destroyer, USS Curtis Wilbur, and USCGC Bertholf, an American Coast Guard, "conducted a routine cross-strait transit on March 24-25 (local time) in accordance with international law "said the Navy's seventh fleet in a statement.

"The transit of ships across the Strait of Taiwan demonstrates the US commitment to a free and open Indo-Pacific." Clay Doss, a Navy Seventh Navy spokesman, told CNN in a statement.

The US also sailed two ships through the Straits in February and January.

The Trump administration has attempted to make the passageways in the Taiwan Strait more routine, with operations now taking place monthly. Before July, the transits took place only once a year.

10-mile-wide road separating the People's Republic of China and Taiwan is seen as a potential geopolitical hot spot should Beijing ever conquer the island from Taiwan by force.

Beijing continues to claim Taiwan, a self-governing, democratic island that views China as a rogue province. The two have been separated since the end of a bloody civil war in 1949.

While the strait represents international waters, China is considered very sensitive to the presence of US forces there.

The US does not officially recognize Taiwan. In an independent country, it maintains close relations with the island, a relationship defined by the Law on Taiwan Relations, signed by President Jimmy Carter in April 1979.

The law states that "the United States will provide Taiwan with such states defense and defense services as are necessary to enable Taiwan to maintain sufficient self-defense capabilities," and the US has Taiwan in the US Over the years, a number of arms packages sold These protested by Beijing protests.

Observers see both sets of military equipment as likely to annoy Beijing.

Transit also comes the day after the White House announced that US Representative Robert Lighthizer and Treasury Secretary Steven Mnuchin would travel to China to settle a longstanding trade dispute.

A mile-long line of free food in Geneva, one of the richest cities in the world