The US military releases new images of oil tanker attacks 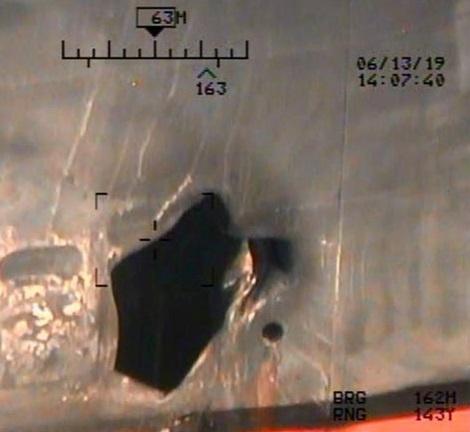 7, reportedly taken by a US Navy US Navy MH-60R helicopter in the Gulf of Oman in waters between the Arab Gulf States and Iran on June 13, The explosion of a mine shows damage to M / T Kokuka Courageous, a Japanese commercial motor tanker. The photo was taken on June 13, 2019. US Navy / Handout via REUTERS

WASHINGTON (Reuters) – The US military released new images on Monday stating that the Iranian Revolutionary Guard (IRGC) was removing an unexploded limpet mine from a Japanese tanker on June 13 in the Gulf of Oman attacked when Washington blamed Teheran for the attack.

"Iran is responsible for the attack, which is based on video evidence and the resources and knowledge needed to quickly remove the unexploded limpet mine," the US Military Central Command said in a statement on the still images.