The US reaffirms its commitment to help Rohingya in Myanmar 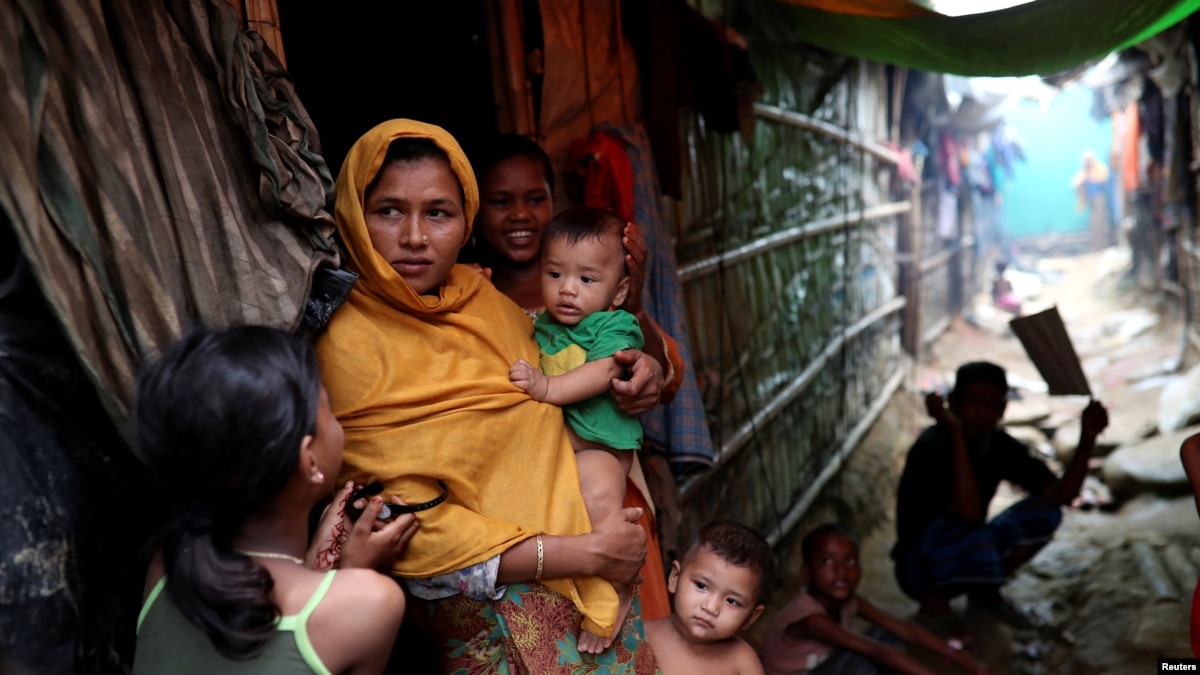 The United States says they will continue their efforts to support the Muslim Rohingya minority in Myanmar through humanitarian aid and diplomacy.

A US delegation visited a camp on Sunday where Rohingya refugees were in Boxar boxing in Bangladesh, where they met with refugees and local officials.

More than 700,000 Rohingya settled in Bangladesh when they fled a major clash of the Myanmar military last year.

US. Officials said that the situation in areas where Rohingya refugees are expected to relocate to Myanmar is unsuitable for safe return.

"Right now, local conditions in areas of potential return are not enough to support a sustainable return of the population," said Richard Albright, Deputy Secretary of State, who led the US delegation.

Albright said the US had held talks with the Myanmar authorities to return the Rohingya refugees to their homeland to facilitate.

We have been constantly discussing with the government of Myanmar the need for access for humanitarian actors to reach the needy communities. We asked her to make progress on a transparent and efficient process of citizenship for the Rohingya, "he said.

Prior to his visit to Bangladesh, Albright also visited areas in Myanmar, including the state of Rakhine, where the majority of Muslims live from Rohingya.

"These visits are part of the US Embassy's regular trips to see our humanitarian programs across the country and to better understand local conditions," the embassy in Myanmar said in a statement last week

US aid organizations have provided humanitarian aid to Rohingya refugees in Bangladesh and supported development programs in Myanmar.

FILE – Rohingya refugees are shouting slogans as they protest at a one-year anniversary of their exodus at the Kutupalong refugee camp, on August 25, 2018, in Cox's Bazar, Bangladesh.

Analysts were skeptical about a safe return of Rohingya refugees to Myanmar.

"While the authorities in Myanmar have announced they will take in several thousand Rohingya refugees, it is unclear whether the refugees themselves feel safe enough to return home," said Vikram Nehru, a South East Asia expert at Johns Hopkins University VOA.

Rohingya Muslims live in fear after learning that Bangladeshi and Myanmar authorities are considering repatriating thousands of refugees to Myanmar under an agreement last month. The official return starts this month.

Some Rohingya who are afraid of persecution on their return have said that they are considering killing themselves so as not to be sent back to Rakhine State, where the Myanmar military is being charged with genocidal warfare Minority group.

"If we go back, they can kill us, they can torture us, we have already lost everything," said a man from the Jamtoli camp who spoke on the condition of anonymity said by camp officials, he and his Family was on the list.

The Bangladeshi Refugee Commissioner, Abul Kalam, told Human Rights Watch that the Rohingya on the list had not been selected Above all, you wanted to go back.

The UN Special Rapporteur on Human Rights in Myanmar, Yanghee Lee, has called on both countries to abolish the plan to return people this month, warning the Rohingya of "a high risk of persecution."

The plan could She also added "violating international obligations to uphold the principle of non-refoulement," she added.

Bangladesh should not send anyone at this time, "said Nay San Lwin, a Rohingya activist, to VOA." Survivors and Refugees Back forcing into the killing fields where the genocide is still taking place are accomplices of the genocide. "Myanmar's government and military have been criticized internationally for their handling of the Rohingya crisis.

Aung San Suu Kyi was awarded the Nobel Peace Prize in prison in 1991. In 2009, Amnesty bestowed her highest honor and named her an Ambassador of Conscience.

But since she became the de facto civilian leader of Myanmar in 2016, she and her government worldwide have been criticized for not condemning or attempting to stop the atrocities committed by the military against Rohingya.

Victor Beatie and Joshua Carroll of VOA have contributed to this report.