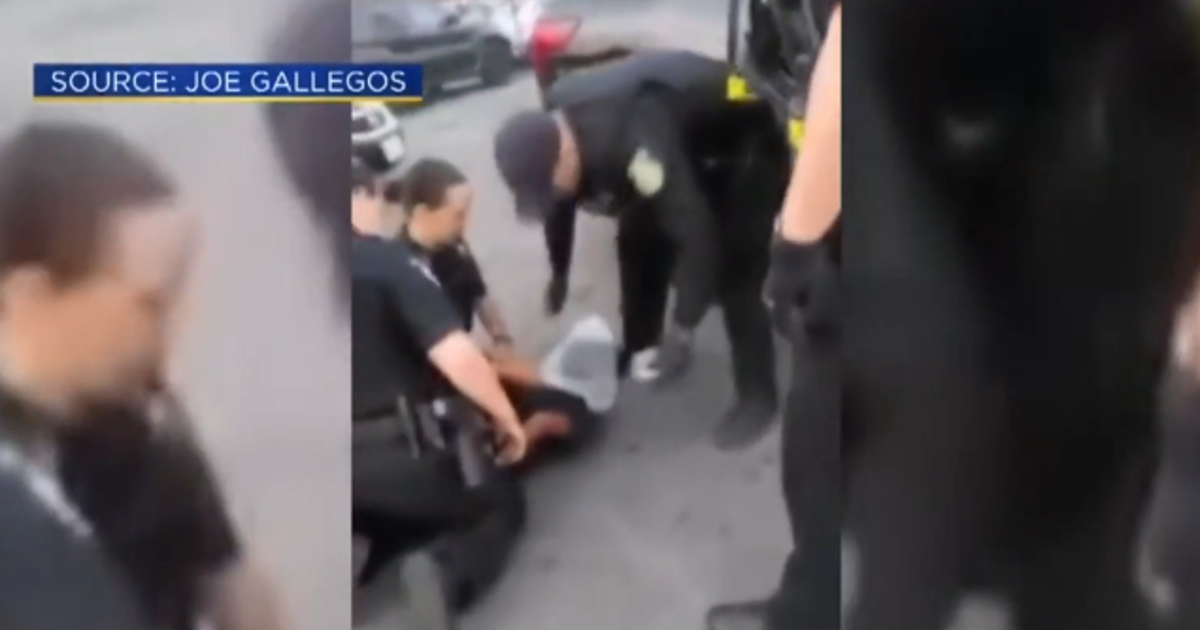 Sacramento – A cell phone video in which the Sacramento police arrest a 12-year-old boy and put a "spitting mask" over his head turns viral. The boy's mother demands an apology for how her son was treated, reports CBS Sacramento.

"It should not have come this far, and I want justice, I want justice for African American girls and boys," said the young mother, LaToya Downs.

Local police followed the usual guidelines when arresting the boy accused of spitting on police officers.

The mobile video first shows the 12-year-old boy who is arrested and calls for "mother". Moments later, as he approaches a patrol car, the video seems to show a policeman wiping her face. Then the policemen handcuffed the 1

2-year-old boy while another policeman takes out a spitting mask and places it over the boy's head.

"It's just the nightmare of every parent," Downs said.

The sponge mask made of net material has become a focal point of the boy's family. Downs said the officials' treatment of her son was humiliating.

"So we know this issue spit in the face of our officer," Chandler said.

He said using a spy mask was the standard operating policy.

"What about the fact that he was 12 years old?" Asked CBS Sacramento. "Does age matter if an officer takes these measures or not?"

"Well, it all matters," said Chandler. "All the circumstances that confronted them during this incident play a role." Old Stephon Clark in the city.

"I have never heard of a situation where a 12-year-old child has a bag over his head," Harris said. "I do not care what you call it – a device for repelling spit drives, you can call it what you want, a bag is a bag is a bag."