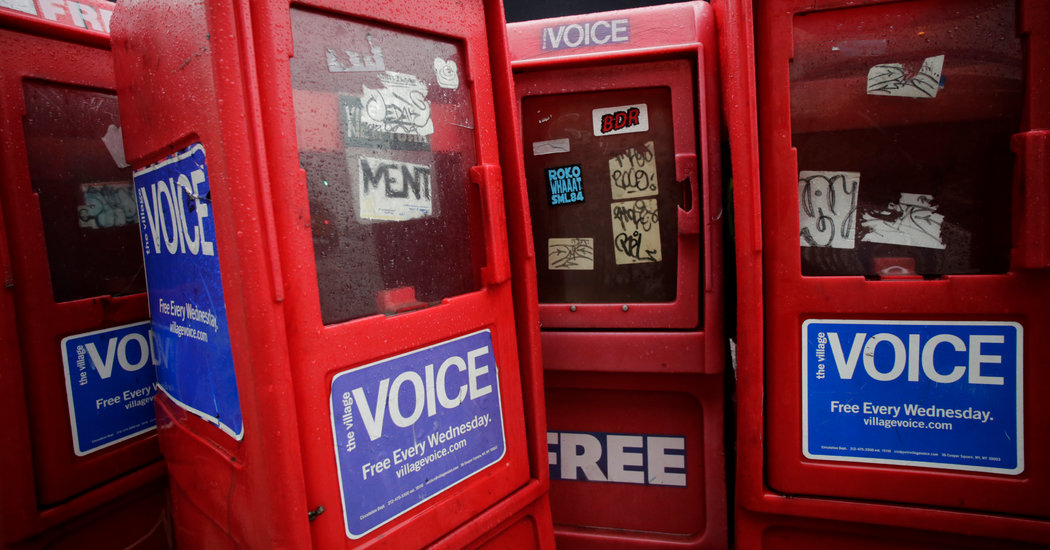 Steven Wishnia, who worked as a freelancer for The Voice since 1994, said he stayed until Thursday at midnight and put the finishing touches to an article about the residents' return to their building on the Bowery after being asked for safety reasons to clear it out. On Friday, Mr. Wishnia received a link to his article, along with a note from his publisher Neil DeMause.

"The good news is that you have the honor of writing the last article for The Village Voice," Mr. DeMause wrote. "The bad news is also the good news."

Mr. Barbey is a legacy of a Pennsylvania retail property. With a total value of more than $ 6 billion estimated by Forbes, the Barbey family is involved in brands such as North Face, Wrangler and Timberland. For generations, the family has also owned The Reading Eagle, a Pennsylvania newspaper. Mr. Barbey has been its CEO since 2011.

He first read The Voice as a boarder in Massachusetts, and then covered New York's mid-1970s rock scene and Andrew Sarris' film criticism. On Friday he became the media mogul who closed it.

"I started engaging with The Voice to secure its future," Mr. Barbey said in the statement. "While this is not the result I was hoping for and working for, a fully digitized language archive will provide generations with the opportunity to experience for themselves, which is clearly one of the social and cultural treasures of this city and this country. "

The death of The Voice occurred in a bleak economic climate for local journalism. The print edition has fallen sharply for two surviving New York tabloids, The New York Post and The Daily News. In July, Tronc, the owner of The News, announced half of the newspaper, which had already been heavily reduced.