The Week in Tech: Amazon continues its search for world domination 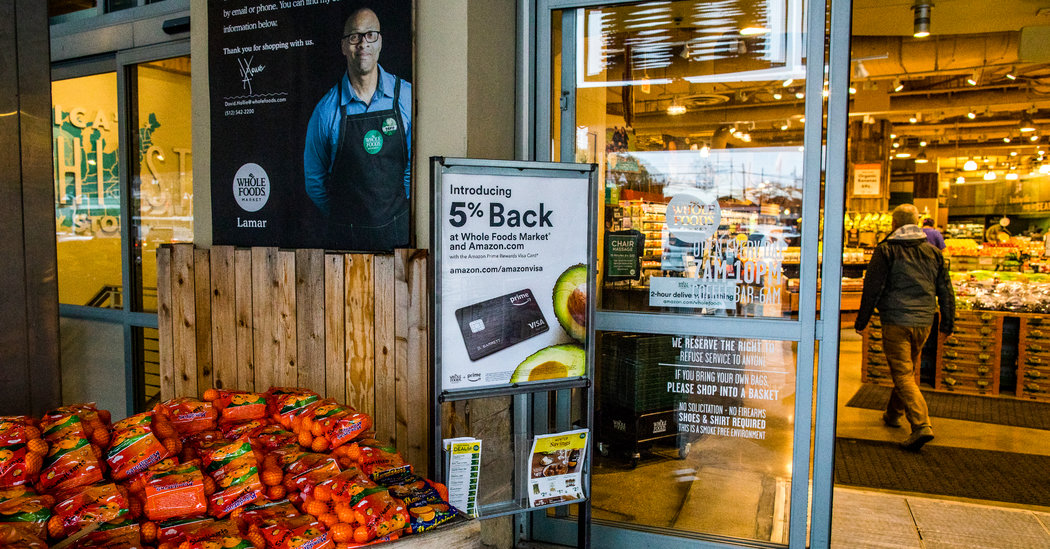 Every week, New York Times technology reporters and columnists report on the news of the week and offer analysis and perhaps a few jokes about key developments in the tech industry. Would you like to receive this newsletter in your inbox? Register here .

Greetings, nerds and Luddites. I'm Brian X. Chen, your personal tech columnist, and I'm here to guide you through the week's technical news.

Let me take that from my chest: Does anyone believe that Amazon is slowly conquering the world?

Building on the success of Amazon Prime, the company is encouraging Wine Foods customers to sign up for Prime. This week, Prime members at all Whole Foods stores in the US received an additional 10% discount on items marked with a yellow label. To redeem the cashier's discount, open the Whole Foods app on your smartphone and scan a barcode.

Amazon seems to be aware that people at Whole Foods are so unfamiliar that they exchange data about their grocery shopping habits for pennies. The other day I scanned the barcode at Whole Foods and shaved off a dollar from my $ 56 food bill. Maybe I'll save enough in a few months to get a free bottle of kale juice.

Apart from food, Amazon begins to conquer our lives through the world of pharmaceuticals. This week, the company announced that PillPack, an online pharmacy, was acquired in a store that could immediately make it a big player in the drug business. The acquisition helps Amazon overcome the bureaucratic hurdle of securing pharmacy licenses as PillPack is already shipping in 50 states

The acquisition is expected to be completed in the second half of 2018. So soon, when you replenish your home with diapers, dog food and garbage bags on Amazon, you may also be able to replenish your prescriptions

In other Amazon news this week – yes, there really is more! – The company said it plans to expand its army of delivery workers by announcing a program to help people set up companies to deliver packages to the e-commerce giant. Here's the place: If you invest at least $ 10,000, you can run a fleet of Amazon-branded vehicles and manage people wearing Amazon uniforms. Amazon estimates that an owner with a fleet of up to 40 vehicles a year can earn up to $ 300,000.

It is another attempt by Amazon to build its own delivery logistics. The company already operates Amazon Flex, a program that pays people $ 18 to $ 25 an hour to deliver packages from their own cars.

So Amazon can provide better service when delivering packages than services like FedEx, United Parcel Service or the United States Postal Service? I think we will find out.

■ Apple and Samsung Electronics finally ended their patent fights in the smartphone. It only took seven years. Law professors said the whole litigation was pretty pointless.

■ Because We Can not Get Enough Amazon: An author for The Atlantic, Alana Semuels, has documented her experience delivering parcels for Amazon Flex in San Francisco. She found that after deduction of expenses she had earned less than the minimum wage.

■ Facebook announced it would give up production of a fleet of solar-powered drones that would beam Internet access to people around the world. The company said it would rely on other companies to build aircraft.

■ And finally, our tech columnist Farhad Manjoo says we've reached "peak screen" where Americans spend three to four hours a day looking at their phones and seeing screens of all kinds about 11 hours a day. Looking ahead, the question arises of how we can move into a less engineered future.

Brian X. Chen writes the Tech Fix column, a research-based feature to solve your everyday technical problems. You can follow him on Twitter: @bxchen .