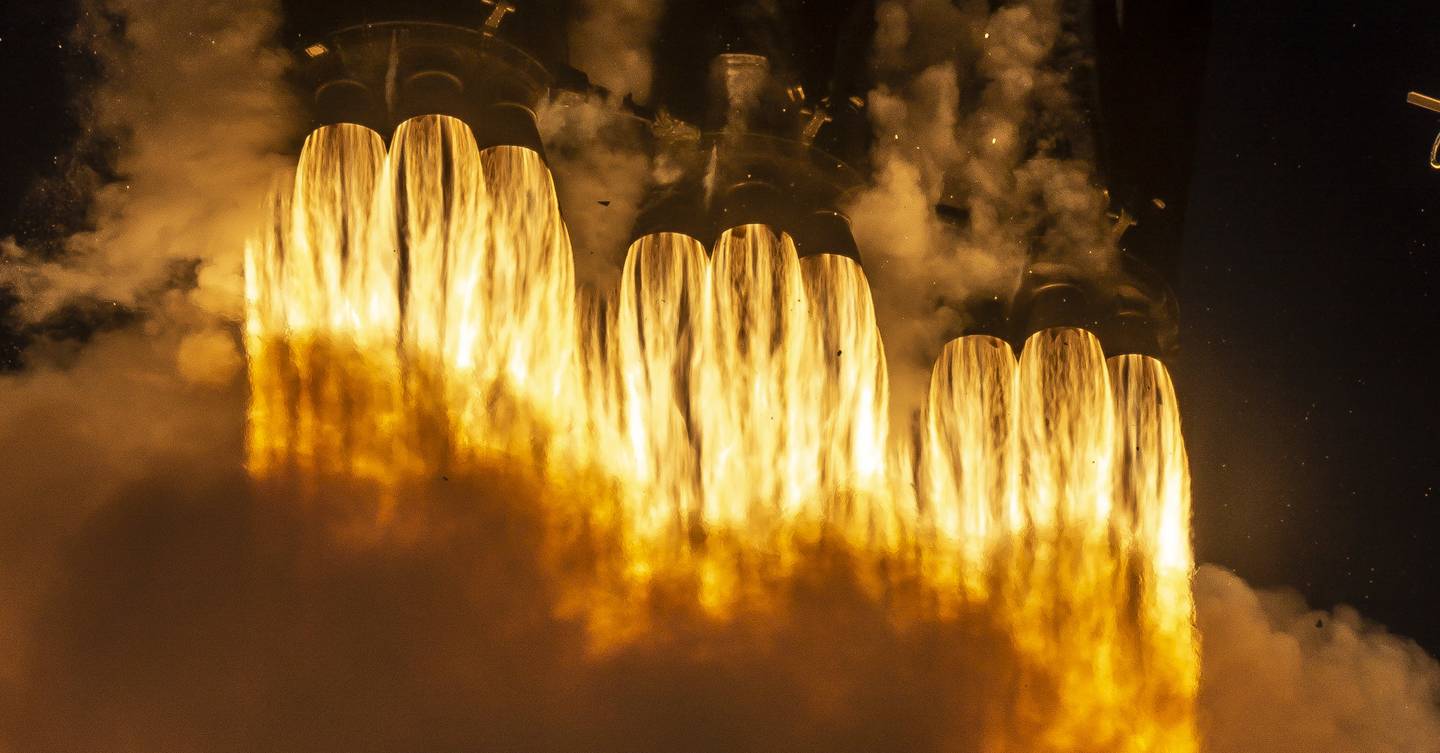 SpaceX boss Elon Musk desperately wants to go to Mars. This will require a new spacecraft powered by a new rocket engine unlike anything ever seen before. Step forward Raptor, the future of SpaceX's aspirations.

Raptor is expected to propel the new reusable vehicles that SpaceX is building, the starship Starship, and the super heavy rocket. Taken together, these giant machines are expected to take up to 100 people into space, possibly the Moon and Mars, with a provisional launch of the humans around the Moon in 2023. SpaceX tested the first ready-to-fly version of Raptor in February 2019 and, last week, flew a raptor for the first time on a "hop test" of a Starship prototype called Starhopper.

The engine was developed for almost a decade and has undergone a series of iterations. Essentially, like other engines, it burns chemical fuel to create thrust. However, the use of liquid oxygen and methane – something not previously known in the rocket industry – and its innovative design mean that it may be the A and O of SpaceX when exploring the solar system.

"There is no other rocket engine that generates as much energy from liquid methane and liquid oxygen as the Raptor engine," says Tim Dodd, an industry expert who runs the popular YouTube channel Everyday Astronaut. "And the idea is to make it reusable with few or no tags. This is definitely helpful if they can only fly again and again. "

Reusability is a crucial aspect, as Musk says each engine can fly up to 1,000 times to support the ambitious operation of the spacecraft. That's a big challenge. The most widely reused engines in space exploration history have been the main engines in each space shuttle, each flying only a few dozen times. "It's pretty ambitious," says Dodd. "I do not know if it will be necessary to have 1,000 flights in the near future. When it reaches its potential, maybe one thousand a day will be possible.

The existing SpaceX engine is called Merlin and is used for the Falcon 9 and Falcon Heavy rockets in operation. However, Raptor heralds a significant improvement. One is that thanks to a much higher pressure, 380,000 pounds of thrust at sea level, compared to 190,000 pounds, it has twice its predecessor's thrust, though it has a similar size.

The other is the use of methane. No methane-powered rocket has ever made it into orbit. The test flight of Starhopper was the first time a methane engine actually flown the other day. Methane prevents accumulation of deposits in the engine compared to other fuels such as kerosene, a process known as coking, while its higher density allows for higher performance at a lower cost compared to other fuels.

"The cost of liquid propellants Rockets account for so little of the total startup costs," says space consultant Rand Simberg. "With reusable vehicles, we want to get to the point where we do not care what the fuel costs. For airlines, fuel costs are typically 35 percent of the total cost of ownership. With a rocket, it is traditionally less than one percent. "

Raptor also uses a so-called full-flow combustion engine, the third in history to use this technology, while Merlin uses the more common open-cycle system. The two previous attempts with such an engine, one in the Soviet Union in the 1960s and one in the US in the early 2000s, never made it beyond the test. A turbine drives the engine and uses a so-called preburner to start this process by injecting a small amount of fuel. Normally, part of the propellant is consumed in a traditional open-cycle engine to start this process, but Raptor uses every drop of available propellant, making it one of the most efficient rocket engines ever built.

"Raptor burns this fuel at a high enough level to direct the fire from the pilot burner back into the combustion chamber and completely burn the propellant along with the rest of the propellants," says Space Consultant Charlie Garcia of the Massachusetts Institute of Technology (MIT ). "And in a very clever way that only the Russians have done so far … by putting all the propellant into the engine through the pre-burners."

The end result is that Raptor has a much higher pressure than Merlin's, about three times larger, making it a high-pressure rocket engine, and despite its similar size, results in a higher thrust than Merlin. In 2016 Musk pointed to the "insane pressure" in the engine main room of 300 bar, which required the development of a new metal alloy.

Another important innovation from Raptor over its predecessor is, of course, the use of methane, which goes back to the ultimate goal of SpaceX. SpaceX is not the only company that converts to methane because the competing company Blue Origin – headed by Jeff Bezos, CEO of Amazon – also develops its own methane engine called Blue Engine 4 (BE-4). With numerous advantages, it is a switch that seems to be almost overdue.

Most previous rocket engines used fuels such as kerosene instead of methane. The main advantage of using methane, however, is that it is much denser than other fuels, meaning that the rocket can be smaller. Lower costs can also reduce the overall cost of launching.

This could be crucial as the number of Raptor engines SpaceX wants to build is immense, to say the least. Each Starship vehicle is designed for flight with six Raptor engines and 35 Super Heavy missiles – 41 in total per launch. SpaceX's largest rocket to date, the Falcon Heavy, launches with 28 Merlin engines (27 down and one up). With the number of launches SpaceX plans for Starship and Super Heavy, their production rate must increase significantly.

"Since they use so many of them on the Super Heavy vehicle, they have to do this to ramp up production to an absolutely crazy pace," says Dodd. "Elon talked about doing one in 12 hours which would be unknown in the industry, and even if they do a week, that's pretty impressive."

It's also believed that methane is on could be available on Mars' surface or elsewhere in space to be used as fuel – perhaps by reducing surface water and carbon dioxide – known as in-situ resource use (ISRU). "Methane could be extracted quite easily from the Martian surface and possibly from Extract the lunar surface, "says industry analyst Caleb Williams of SpaceWorks consulting firm.

This is critical to SpaceX's goal of enabling regular trips to and from Mars with Starship it is almost self-sufficient in terms of fuel." This was the sacred Grail of access to the solar system for humanity, "says Garcia," because if you can refuel in space, your propellant must be sudden No longer come from Earth. "

Besides these high claims, Raptor represents a major shift in SpaceX's ambitions, from modest Earth launches to: possibly exploration of the Solar System. The recent test by Starhopper was an important step in the right direction, and if Raptor even partially respected some of its promises, the future could indeed be very rosy. When SpaceX actually reaches Mars, Raptor will play a big role.

🚕 London's minicabs have a sly plan to defeat Uber

🎉 A vaccine against Alzheimer's is on the verge of reality


📧 Get the best technical offers and gadget messages in your inbox.

Get WIRED Weekender, your summary of the most important, interesting and unusual stories of the past week at a glance. Every Saturday at 10 o'clock in your inbox.