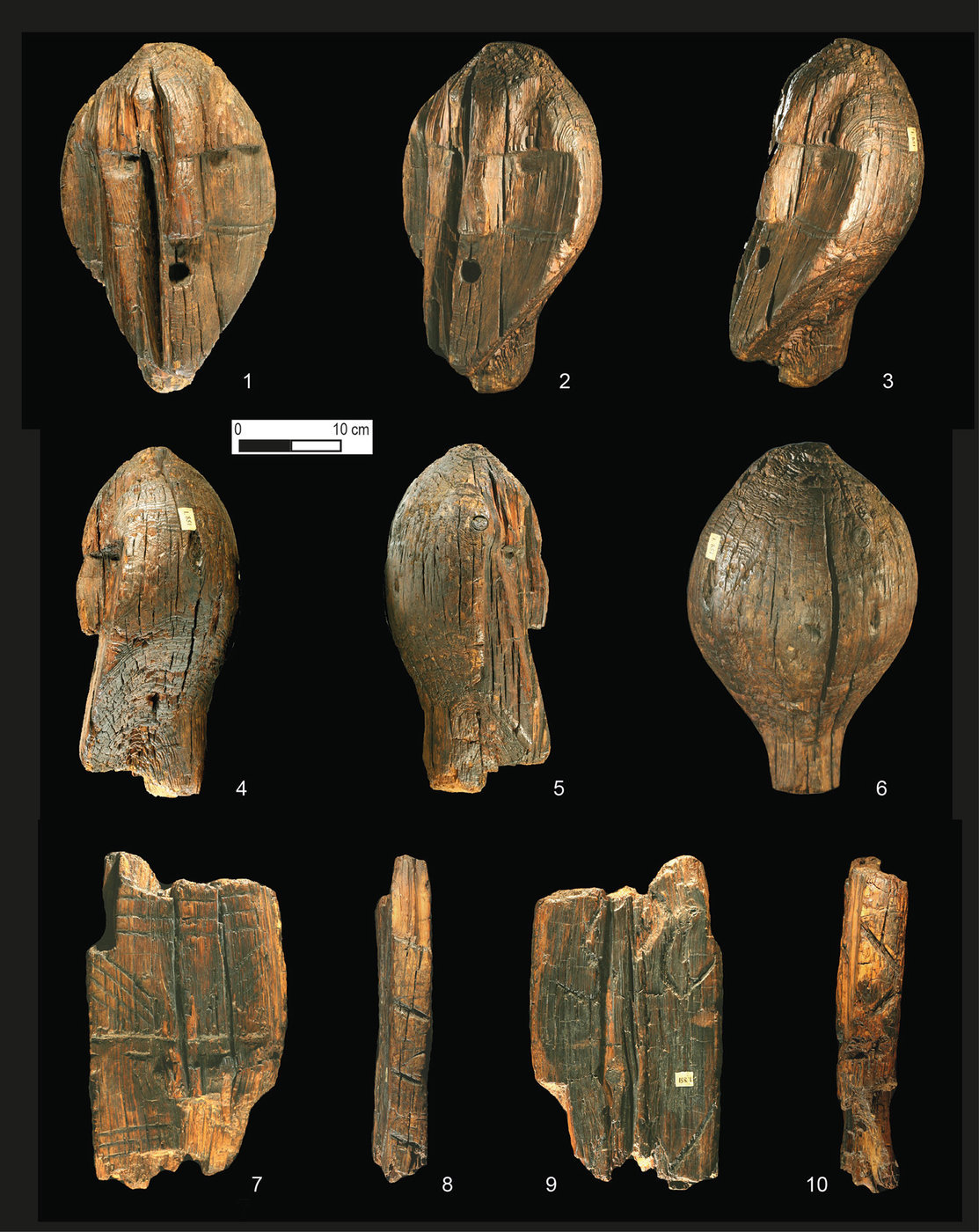 1,500 years old. The team has documented their efforts and findings in a paper published on the Cambridge University Press Antiquity .

The Shigir idol was discovered in 1890 by miners in Russia in an old peat bog. First analyzes showed that it was made entirely of larch wood and was made up of several chunks. It persisted for thousands of years because of its antimicrobial properties in the peat. The idol was also covered extensively with markings, some of which represented tiny human faces. To this day nobody knows what the most marks are. It was also noted that some of the original pieces of the idol had been lost – it is believed that it was originally about five feet tall. In 1997, a team in Russia used radiocarbon dating to estimate the age of the icon and found it to be approximately 9,500 years old.

Experts have studied the carvings of the idol over the years, and many have suggested that they are likely to represent a form of art, possibly associated with spiritual or religious activities.

Recently, the team in Germany showed interest in taking a close look at the idol normally housed in the Sverdlovsk Regional Museum in Russia. It was agreed that the idol would be shipped to Germany along with other original material found in the peat bog. With the help of accelerator mass spectrometry, the team found that the true age of the idol is about 11,500 years and its formation was around the end of the ice age. This period also makes it the oldest known monumental wooden sculpture ever found, more than twice the age of the Egyptian pyramids. The researchers report that they have also found another face carved in the wood that brings the total to eight. Their findings suggest that researchers who try to understand human behavior at a very early stage may need to expand their search beyond the Fertile Crescent.

The carved wooden object uncovered at the end of the 19th century from the peat bog Shigir in Sverdlovsk region is one of the oldest known examples of monumental anthropomorphic sculptures from everywhere in the world. The new application of new analytical techniques has led to the discovery of new images on its surface, shifting the date of the piece back to the earliest Holocene. The results of these recent analyzes are placed here in the context of local and extra-local traditions of comparable prehistoric art. This discussion underlines the uniqueness of the Fund and its importance for the appreciation of the complex symbolic world of early Holocene hunters and gatherers.