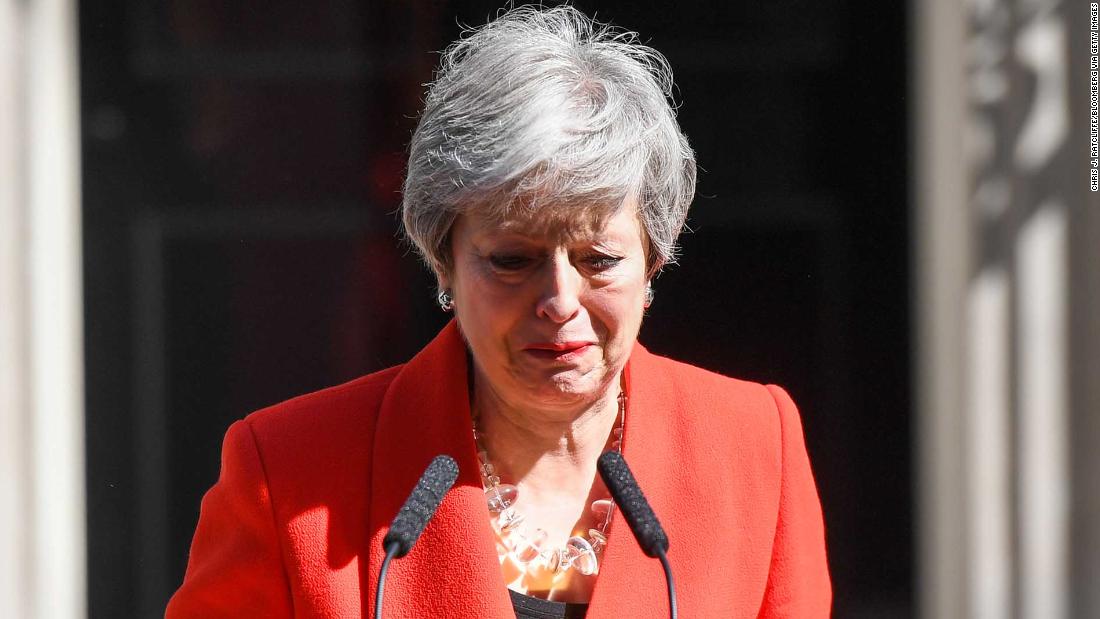 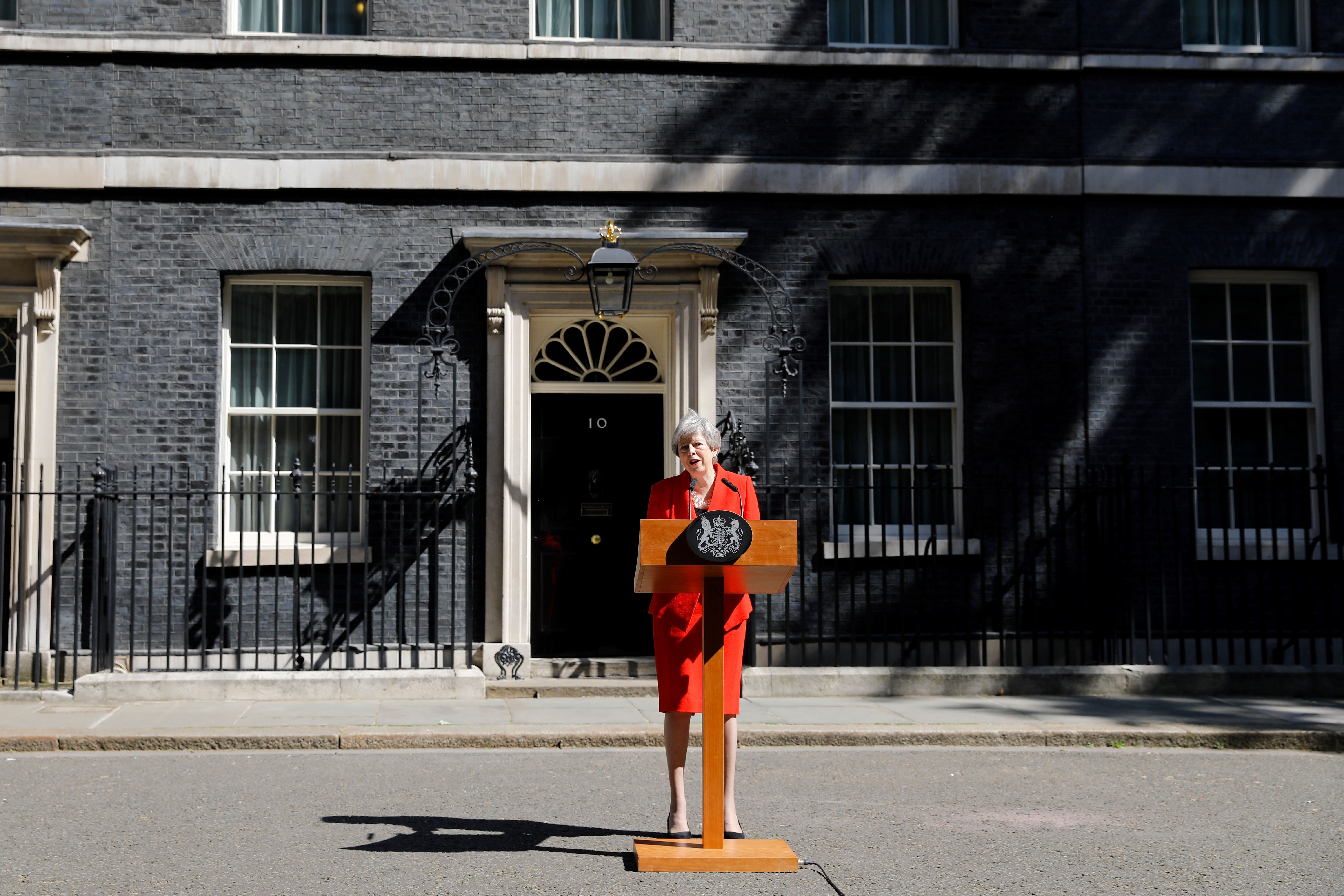 Here is the full text of May's emotional address.

Ever since I stepped through the door as Prime Minister behind me for the first time am, I have been trying to make the UK a country that works not only for the privileged but for all. And to honor the outcome of the EU referendum.
Already in 201

6, we gave the British people the choice. Against all predictions, the British people voted to leave the European Union. I am as certain today as I was three years ago that in a democracy you have a duty to implement citizens' decisions if you give them the choice. I did my best to do that.
I negotiated the conditions for our exit and a new relationship with our closest neighbors, which protects jobs, our security and our union. I've done everything to convince [MEPs] to support this deal. Unfortunately I did not manage that.
I tried it three times.
I think it was right to persevere, even if the odds against success seemed high. Now, however, I realize that it is in the country's best interests for a new Prime Minister to lead this effort.
Therefore, today I announce that I will resign as Chairman of the Conservatives and the Unionist Party on Friday, June 7 so that a successor may be elected.
I have agreed with the Party Chairman and Chairman of the 1922 Committee that the process of electing a new leader should begin the following week.
I have fully informed Her Majesty the Queen of my intentions, and I will continue to serve as Prime Minister until the process is completed.
It is and remains a great regret that I have not been able to deliver Brexit. My successor will look for a way to reward the result of the referendum.
To be successful, he or she must find a consensus in Parliament where I have none. Such consensus can only be achieved if all sides of the debate are ready to compromise.
The great humanitarian Sir Nicholas Winton, who saved hundreds of children's lives by arranging the evacuation from the Nazi-occupied Czechoslovakia through the Kindertransport – was my voter in Maidenhead.
In another time of political controversy, a few years before his death, he took me aside at a local event and gave me some advice. He said, "Never forget that compromise is not a dirty word. Life depends on the compromise. "He was right.
As we seek to find the compromises we need in our politics – whether we want to bring about Brexit or restore the decentralized government in Northern Ireland – we need to remember what brought us here.
Because the referendum was not just a call to leave the EU, but to bring about profound change in our country. A call to make the UK a country that really works for everyone. I am proud of the progress we have made over the last three years.
We have completed the work begun by David Cameron and George Osborne: The deficit has almost been eliminated, our national debt has declined, and we are putting an end to austerity
I have focused on ensuring that the current industry strategy is ours Good jobs of the future will be created in communities across the country and not just in London and the southeast.
We have helped more people enjoy the safety of a job more than ever.
We build more houses and help first-time buyers on the ladder – so that young people can enjoy the opportunities of their parents.
And we protect the environment by eliminating plastic waste, combating climate change and improving air quality.
This is what a decent, moderate and patriotic Conservative government can achieve on the basis of British politics – even if we tackle the biggest peacetime challenge faced by a government.
I know that the conservative party can renew itself in the coming years. That we can facilitate Brexit and serve the British people with policies inspired by our values. Security; Freedom; Opportunity. These values ​​have guided me throughout my career.
But the unique privilege of this office is to use this platform to voice the voiceless and fight the burning injustices that still haunt our society.
That's why I put the proper funding of mental health at the heart of our NHS long-term plan.
That's why I'm completing the postcode lottery for survivors of domestic violence. That's why the Race Disparity Audit and Gender Pay Reporting shed light on inequality so it can not be hidden.
That's why I launched the Independent Public Investigation of the Grenfell Tower Tragedy to Look for It The truth is that nothing like that can ever happen again and the people who lost their lives that night will never forget ,
Because this country is a union. Not just a family of four. But a union of people – all of us.
Whatever our background is, the color of our skin or whom we love. We stick together. And together we have a great future.
Our politics may be under pressure, but there is so much good about this country. So much to be proud of. So much for optimism.
I'll leave the job shortly, and it was an honor to hold the second Prime Minister, but certainly not the last.
I do this without bad will. but with great and lasting gratitude, having had the opportunity to serve the country that I love.