Breaking News
Home / World / They lost their loved ones in the plane crash in Ethiopia. Instead of bodies, they bring back earth

They lost their loved ones in the plane crash in Ethiopia. Instead of bodies, they bring back earth 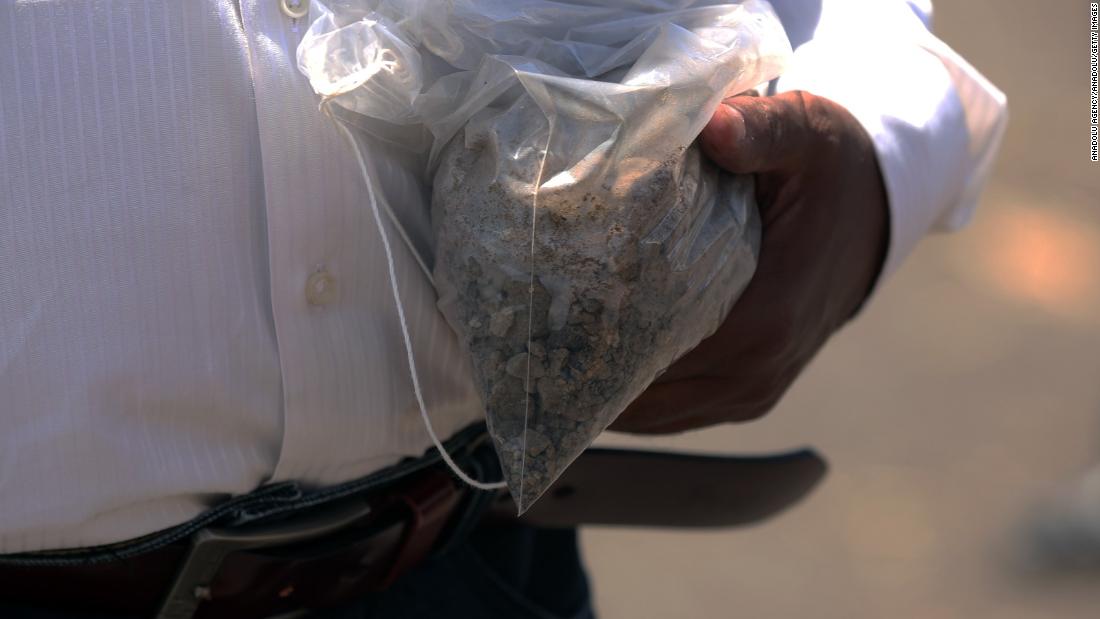 Three generations of her family were on the Ethiopian Airlines' flight to Kenya, which had crashed just a few minutes after launching in Addis Ababa, Ethiopia, last week. All 157 people were killed on board.

The wife of John Quindo's Karanja, Ann Wangui Karanja; her daughter Carol Karanja; and Carol Karanja's three children, Ryan Njoroge, 7, Kellie Pauls, 4, and nine-month-old Rubi Pauls were on the plane. They traveled from Canada to Kenya, where Carol Karanja and her children lived.

Ann Wangui Karanja returned home after traveling to Canada with her grandchildren and daughter, who worked as an accountant at an energy company. When the family arrived in Kenya, John Quindo's Karanja would have met the Canadian-born Rubi for the first time.

Paul Njoroge mourned with his mother-in-law, his wife and children at the crash site and reflected on their last moments.

The identification of the bodies of the accident victims could take up to six months, said the Ethiopian Minister of Transport Dagmawit Moges. She said that DNA samples are collected from family members to facilitate identification.

Without taking home the remains of their family members, Njoroge and Karanja instead took the ground.

"This is just ground from the area, so in the case of self from the DNA will get nothing, I got it here to think of the people I loved, "said Karanja of the socket.

It's all they can do for now, but it does not bring peace to them.

"We want to go home with them, this is the only way we can have a closure, I can not have another closure," Njoroge told CBC.

Njoroge and his wife grew up in rural Kenya and went to college while returning money to their families, CBC said.

They moved to Bermuda, but most recently they and the children lived in Ontario, Canada, according to the CBC. Njoroge did not join them on their journey to Kenya.