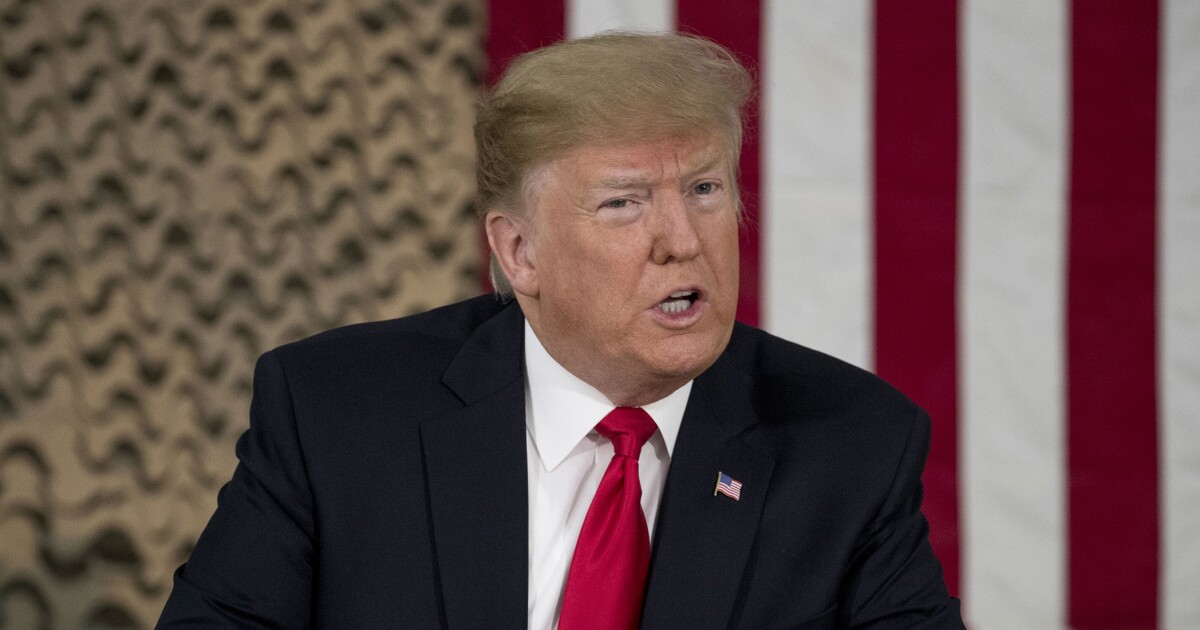 P resident Trump's surprise visit to Iraq on Wednesday, his first to first-time was zone, features deployed military forces to see their commander-in-chief in action. It also gives Trump an opportunity to meet Iraqi leaders on their soil.

Trump had appeared out of touch with his presidential responsibilities. But now, Trump has corrected that interest in a manner that looks good and is good. I note the "looks good" element here because other military personnel stationed elsewhere wants to look kindly on the photos of their smiling colleagues joining a smiling president at a theater of combat operations. Perception of leadership is an integral part of effective leadership. In that sense, Trump has taken a necessary step towards boosting his own credibility here.

Yet, it also helps the president's choice of base visit, Al-Asad, is on airbase along the Iraqi Euphrates River. The base is dead center in the Sunni heartlands (a place of key historical and strategic concern vis-a-vis mitigating ISIS control) and has been instrumental in the fight against the Islamic State. I hope the locale of these visits signals the U.S. wants to continue to use its military leverage constructively. Namely, to effect security and political developments in western Iraq and eastern-northern Syria. These developments are crucial to American security.

Trump's Iraq visit serves another important purpose: an opportunity to meet the new Iraqi prime minister, Adil Abdul-Mahdi. With the Trump administration's support, the prime minister is leveraging Iraqi politics towards a more moderate realism. This matters greatly in balancing multisectarian interests in Iraq away from Shia sectarianism, Kurdish separatism, and Sunni alienation (a driving force behind ISIS 'rise). As Trump continues withdrawal from US forces from Syria, continued influence in Iraq wants to become increasingly important. So as long as Trump stay away from being unhelpful. be given Iraqi oil, this can only be a good thing.