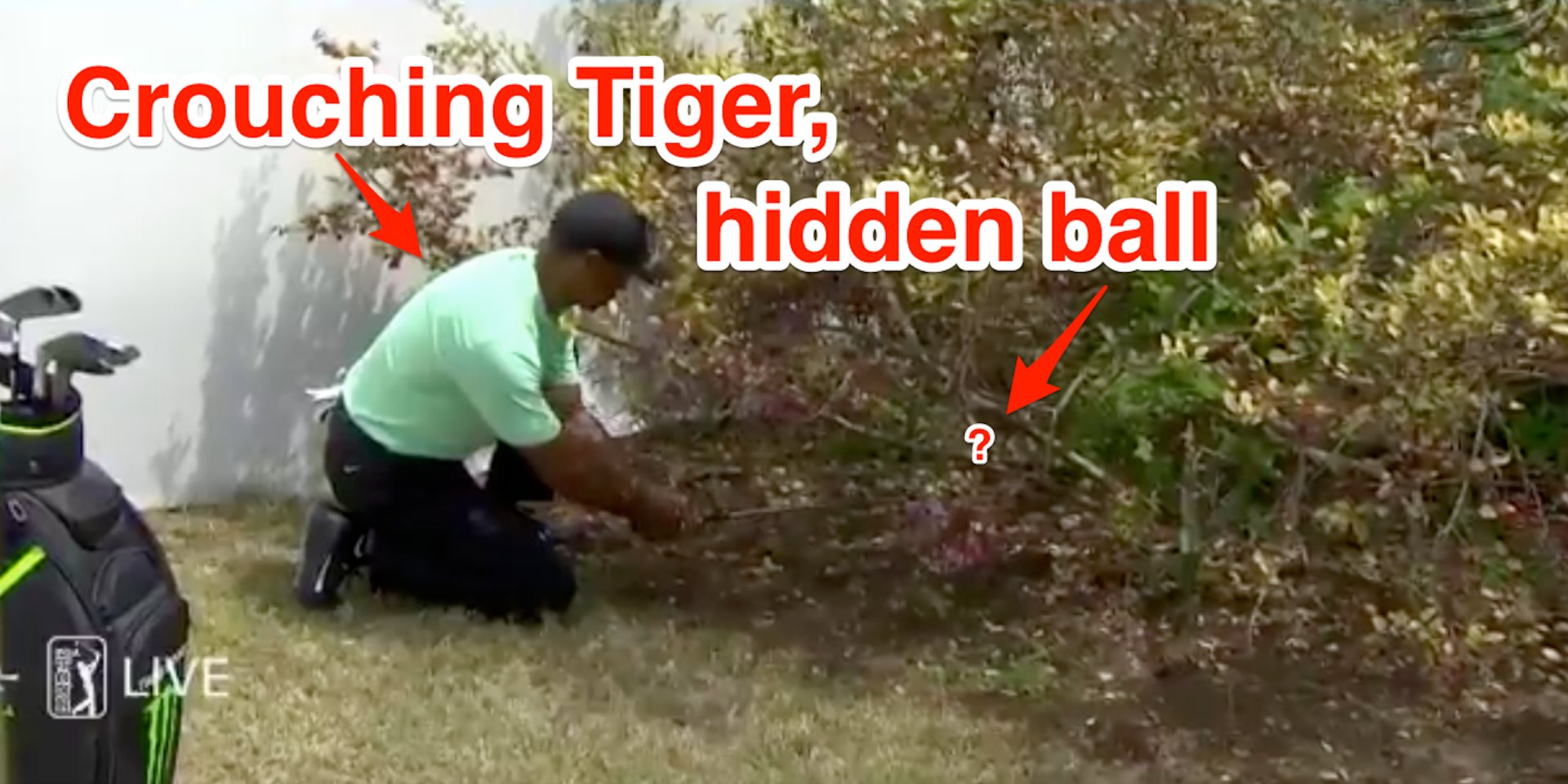 Tiger Woods gave an incredible shot on his knees and the bat turned the wrong way as his ball went down into the bushes – but he still made the green and sank with the putt to save his face.

The wound wound was made when Woods was off-green at the 10th WGC Match Play competition at the Austin Country Club in Texas.

The American, a 14-time world champion in golf, is known for his extraordinary vision, technical quality and incredible grip.

And he needed all these skills to find his ball. Playing left-handers, looking with the head of the club head in the wrong direction, and make it easy.

Read More : Ryan Moore Wins a Hole-in-One in Sawgrass, One of Golf's Most Iconic Holes on the 1

Woods not only found the green from an unlikely position He picked up his putt and halved the hole against WGC Match Play opponent Brandt Snedeker.

Look at the shot right here:

Although Woods mastered the recovery shot, he could not save a win against Snedeker and lost his match.

When Woods defeated Aaron Wise in his last game, he is still able to reach the final 16 rounds of the tournament, provided he beats Patrick Cantlay and Snedeker does not beat Wise.

The last group matches take place on Friday. The first round and the quarter-final of the last 16 will take place on Saturday before the semi-final and the final on Sunday.