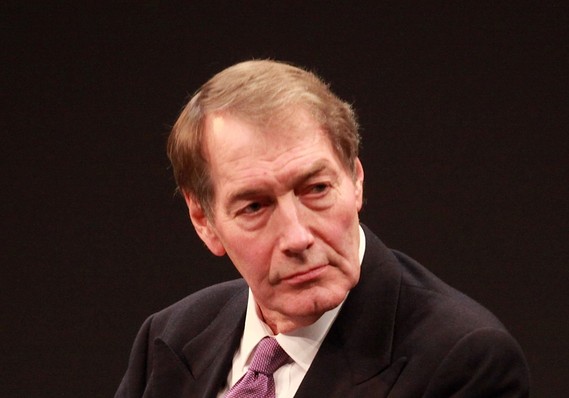 In the category of terrible ideas, this one can get the grand prize.

Someone apparently buys a television series in which embarrassed talk show host Charlie Rose interviews other men who have been appalled by their public sexual misconduct. According to a New York Post report Wednesday night.

The Post reports that Tina Brown – the former publisher of Vanity Fair, The New Yorker and The Daily Beast – confirms that she had been contacted to produce such a show. Interviewees reportedly included downed NBC host Matt Lauer and comedian Louis C. K.

"These guys are already planning their comebacks!" Brown said, according to the post. She said that she had passed on the project.

While she said she thought it was set up as Netflix Inc.

show, a source told the Post Office that Netflix has no such series in the works. It was unknown who was building the show – whether it should ever be made – or where it should be broadcast.

While the #Metoo movement is barely half a year old, some prominent men have reportedly toppled from their previous heights. I've been working on comebacks. Celebrity chef Mario Batali, who left his restaurants in December after decades of inappropriate behavior, asks friends to start his "second act," the New York Times reported earlier this month.

in November, after at least eight women had charged him with sexual harassment and sexual assault.

Lauer, of Comcast Corp. was fired

NBC in November under allegations of sexual predatory behavior, and CK claiming that several women have masturbated against their will was also reported to be on the comeback track are.

A number of advocates of #MeToo movements have argued that such rapid public salvation minimizes the harmful effects of their actions and, in essence, rewards the already wealthy men with a six-month vacation from work. "It should be at least as hard for a man to revive his career after the #Metoo as it was for the women he harassed to progress in their fields," Erin Gloria Ryan of the Daily Beasts wrote last week ,

Going through social media reaction Wednesday night to the potential Rose comeback show, any talk of a #MeToo comeback could be #TooSoon.

We have not said time OUT, @charlierose we said, the time is UP. As in, your time in front of the cameras is OVER. Any network or platform that feels they know it differently will trigger instant boycott ads. #TimesUp

I'm just for this Charlie Rose show, when it's a reality contest called The Reckoning and it's hosted by the Angry Becomes the Ghost of Frances Farmer

Literally, every woman in my entire feed is busily angered by this Charlie Rose News. My feed is just anger and anger up and down.

This Charlie Rose Thing. I can not even. pic.twitter.com/QimgF2cDjL

A show in which Charlie Rose talks to other guys whose careers are ruined by the #MeToo Movement and absolutely no own fault? pic.twitter.com/NLz4SKp53Y

I'm sure someone raised this idea somewhere, but I'm sure that this "show" will never be seen https://t.co/Hx7hSAYRFX

Because of the corona virus, my bones felt like lemonade crackers