Breaking News
Home / Health / Too much screen time for kids

Too much screen time for kids 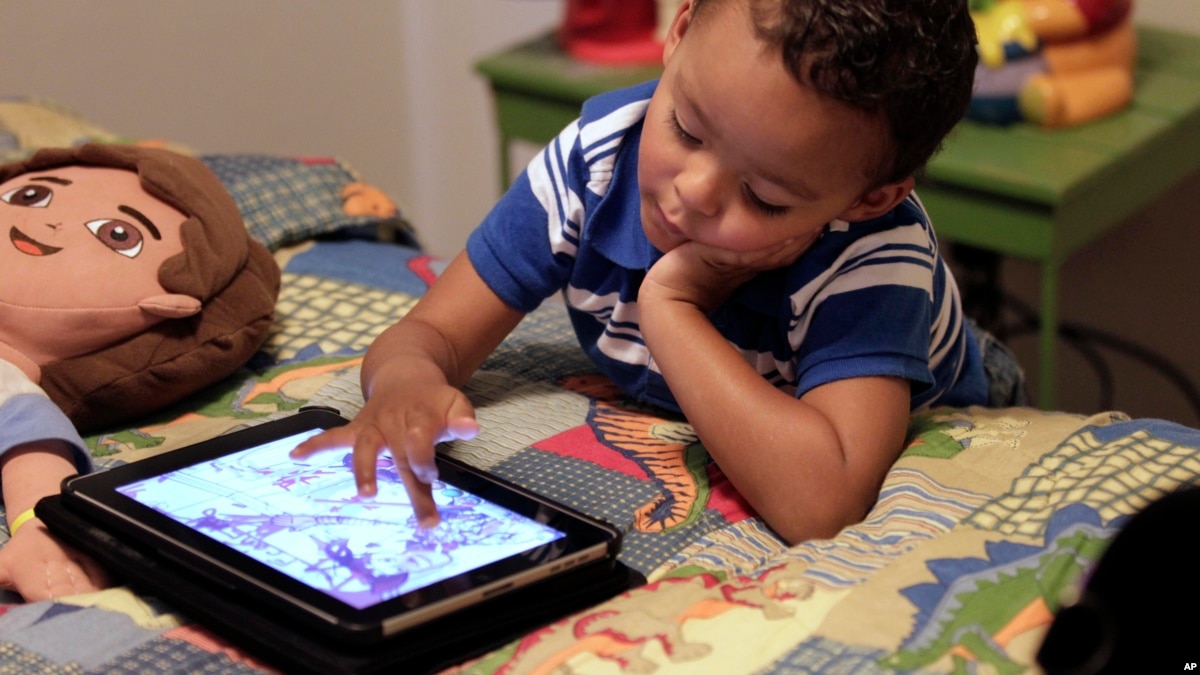 The World Health Organization (WHO) has for the first time published a guide on how much time children should spend using electronic devices on screens .

On Wednesday, WHO announced that children under the age of five are old. You should not spend more than an hour a day watching such devices. Less than that is better, officials say, and children under one age should have no screen time at all.

"What we warn is overuse of these electronic screen times with young children" WHO expert Fiona Bull told reporters.

The new guidelines are similar to the recommendations of the American Academy of Pediatrics. Children under the age of 1

8 should avoid using screens other than videoconferencing over the Internet It is said that parents of children under the age of two should choose "quality programs" with educational value, and boys and girls should be able to share the program with a parent

Under the guidelines, children under the age of five should also be physically active and get enough sleep to develop good lifelong behaviors, which will help prevent disease later in life.

"There are currently 40 million children around the world in this under-5 age group (who) overweight. Fifty percent of them are in Africa and Southeast Asia, "said Bull. According to Reuters, this figure represents 5.9 percent of all children worldwide.

Early childhood is a time of rapid physical and mental development, in which behaviors develop and the way things happen can be changed, so the WHO. His guidelines are from hundreds of studies, many from Australia, Canada, South Africa and the United States.

Sedentary behaviors, whether with motorized transport instead of running or cycling sit at the desk at school watching TV or playing inactive video games, "says the WHO. He added that such behaviors have been associated with poor health

Some groups said WHO's screen-time guidelines failed to take into account the potential benefits of electronic media.

Andrew Przybylski is research director at the Oxford Internet Institute at the University of Oxford. He told the Associated Press that WHO screen-time recommendations had too much to do with screen time. He said that the quality of the material being viewed and how it is used is not taken into account.

"Not the total screen time is the same," Przybylski said.

The British Royal College of Paediatrics and Child Health said the study The 19459004 data was too weak to allow its experts to set a measure of the best screen time.

Max Davie is the College's Officer of Health Improvement. He told the AP that the limited screen time limits proposed by the WHO are not proportionate to the potential harm

. The WHO did not pay much attention to the possible damage caused by too much screen time. However, the guidelines found that sleep deprivation in children was associated with an increase in fat percentage as measured by the body mass index .

I am Dorothy Gundy.

Pete Musto adapted this story for VOA using English using materials from the Associated Press and Reuters. George Grow was the publisher.

We would like to hear from you. What health effects do you think have too many screen times? Let us know in the comments.

screen ( s ) – n. the part of a television, computer or other device accompanying you consider

Attention ing ) – v. Warn or inform anyone about a possible danger or problem

Recommend [ s ) – v. suggest that someone does something

sitting – adj much sitting or participating

Benefits ( s ) – n. A good or helpful result or effect

Body Mass Index – n. with a size, number or quantity that is directly related or best suited for something. a measurement that shows the amount of fat in your body and is based on your weight and height

Coronavirus warning from Italy: The effects of COVID-19 could be worse than initially thought world news