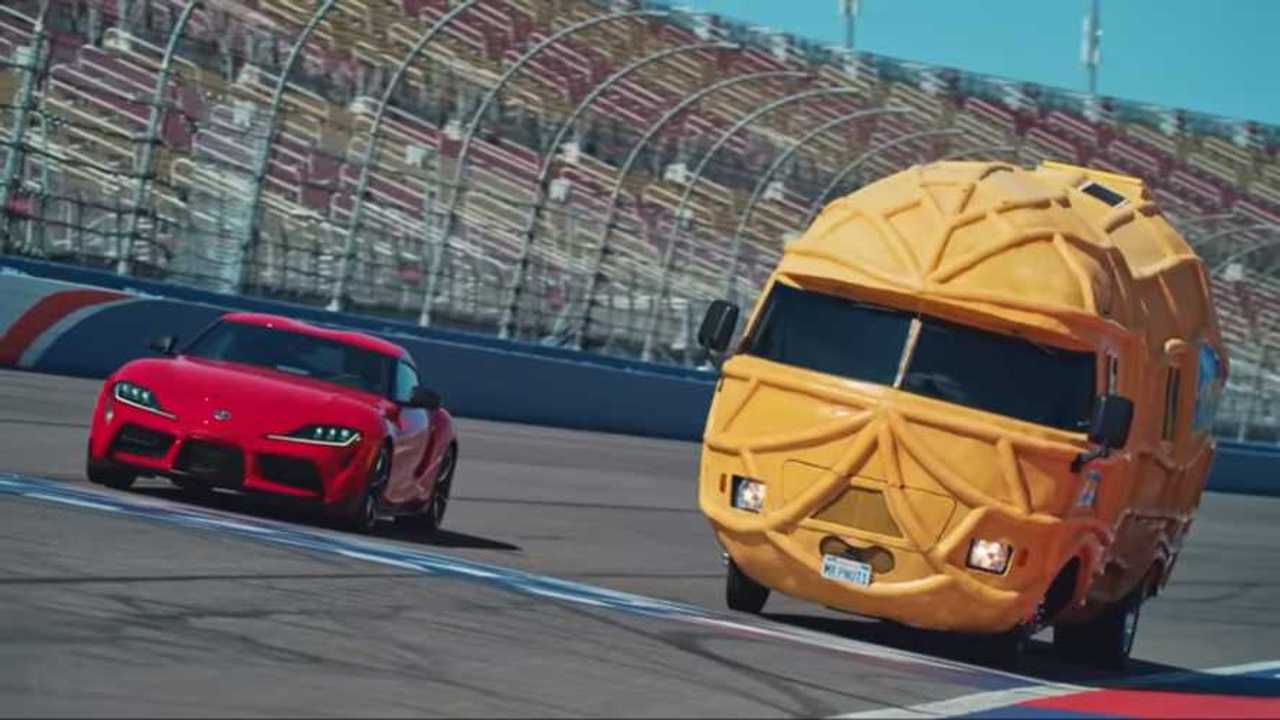 We have seen some crazy races in our time. Hell, we've been involved in crazy races in and we've hit more than a few crazy drivers behind the wheel. And now we're talking about the new Toyota Supra, which stands next to a giant peanut at Auto Club Speedway in Fontana, California. Or rather a large vehicle with ladder frame with a fiberglass body shaped like a giant peanut. It's the Planters NUTmobile – just like Oscar Meyer Wienermobile, they only know about peanuts. Never heard of it? Anyway, just watch the video.

Toyota and Mr. Peanut have been trading Twitter for a few days about this race. We are not familiar with the details of this entertaining event, but according to the story, Mr. Peanut asked Toyota to race during the Super Bowl. Toyota replied that it has "something in mind" and now, here we are in this video that has just been posted on the YouTube channel of Toyota.

Usually we'll look at the competing cars, but after years of hype, you already know about the Supra. As far as the big peanut is concerned, the video says it has a 6.0-liter V8, which almost certainly means there's some sort of GM-LS engine. Does that mean that this peanut has a LS swap? Maybe, but that's not important right now. What matters is that when the light turns green, the nut is meant.

Not really. The Supra tears away, drifts some corners, you know the drill. On the final stage, Mr. Peanut presses the "Nitro" button to finish a photo. Despite the brave commitment, the Supra continues to win the day. But that's not really true.

The real winners here were the American Heart Association & Bob Woodruff Foundation and the Movember Foundation, a charity that received significant donations as part of this fun faux race. This is a competition of speed that we can always appreciate.