Trey Gowdy: House Panels must consult Müller on these 5 categories 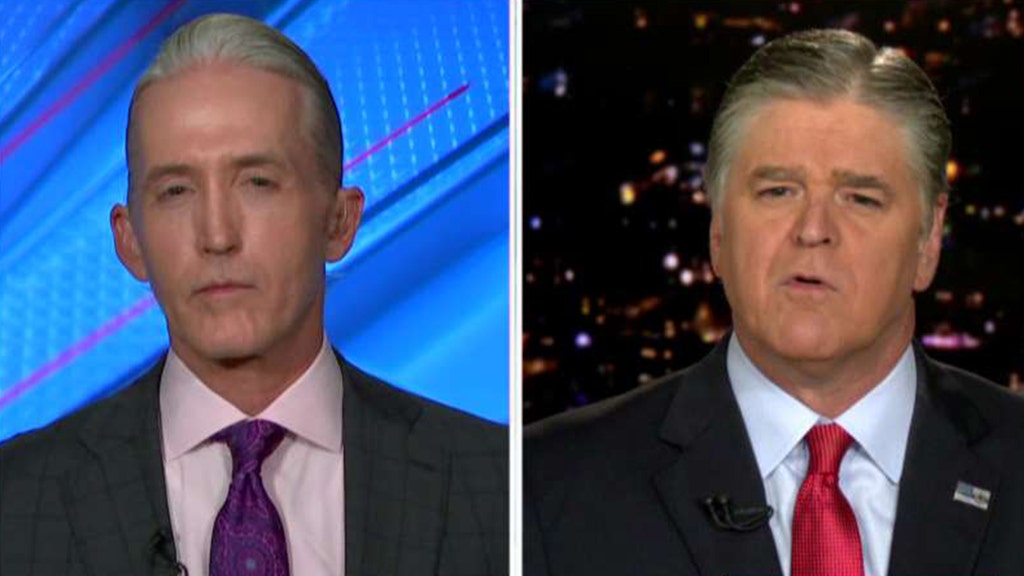 If former Special Representative Robert Mueller testifies before the congress next month, Republicans should, according to former US Representative Trey Gowdy, RS.C. Two committees that will question Mueller will only have five minutes to interview him, and should use their time wisely, Gowdy told host Sean Hannity in the Wednesday issue of Fox News "Hannity."

"Remember, Devin and Jimmy and Ratcliffe" Just five minutes, "Gowdy said, referring to the Republicans of the House of Representatives, Devin Nunes of California, John Ratcliffe of Texas and Jim Jordan of Ohio.

Gowdy said these categories are bias, legal issues, outcomes, things Müller did not find, and things that the former Special Envoy did not "seek" for his two-year Russia investigation.

Regarding "bias", Gowdy claimed that Mueller's office hired "people who wanted to win Clinton and lose Trump" in the 201

"Number two," he said, "someone has to ask this legal question, and if you can resist an unlawful arrest, can you resist an unforeseen investigation?"

The Former Legislator Who Declined To apply for re-election last year after serving in the House of Representatives from 2011 to January this year, he added that the last of the five "buckets" – according to reports by Muller "not wanted" – was a very important category.

"For two years, we focused on whether a foreign country would influence or interfere with our choices.

" Mueller Have yourself viewed our own government? Have you looked at what our own people did to maybe put their finger on the scales? "

Müller has agreed to testify before the Intelligence and Judiciary Committee of the House of Representatives on July 17. You have summoned the former Special Envoy on Tuesday Aviators, Reps. Jerry Nadler, DN.Y., and Adam Schiff, D-Calif.

House democrats have struggled to gain access to Muller and his unedited report on Russia's interference in the presidential elections of 2016, and whether President Trump is obstructing justice, and weeks of negotiations between the House Democrats and the Justice Department ended with the summons.

Louis Casiano of Fox News contributed to this report.