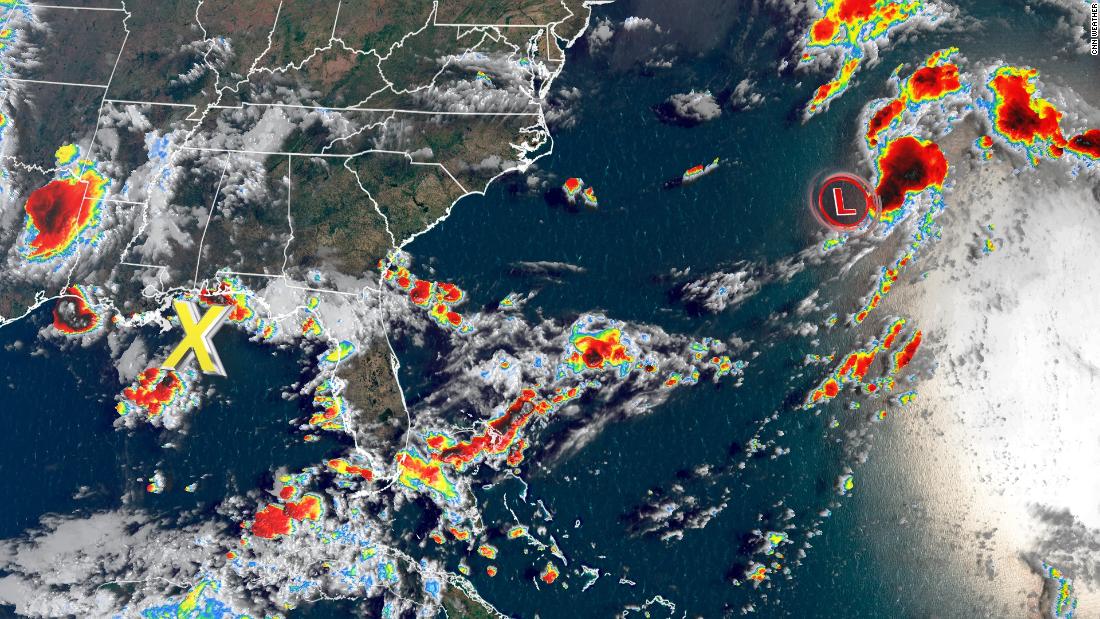 The official forecast is that the depression will follow the open Atlantic and may worsen into a tropical storm in the next 12 to 24 hours.

This isn’t the only system in the Atlantic that has the potential to turn into a tropical system this week. There is a wide area of ​​low pressure off the northern Gulf Coast, causing unorganized showers and thunderstorms throughout the region.

The National Hurricane Center offers 30% development opportunity over the next five days as the system slowly drives along the Gulf Coast to the southeast. Heavy rain is predicted throughout much of the southeast during the week, with widespread rainfall of 2 to 4 inches and occasional amounts of up to 10 inches possible.

“In the past 30 days, the northern half of Florida has picked up 8-10 inches of rain, just like the Georgia and Carolinas coastal regions, so any additional rain from this system could cause widespread flooding,” said CNN meteorologist Allison Chinchar.

Later in the week, this low-pressure area is expected to emerge off the Carolina coast, where conditions for tropical development are likely to be more favorable.