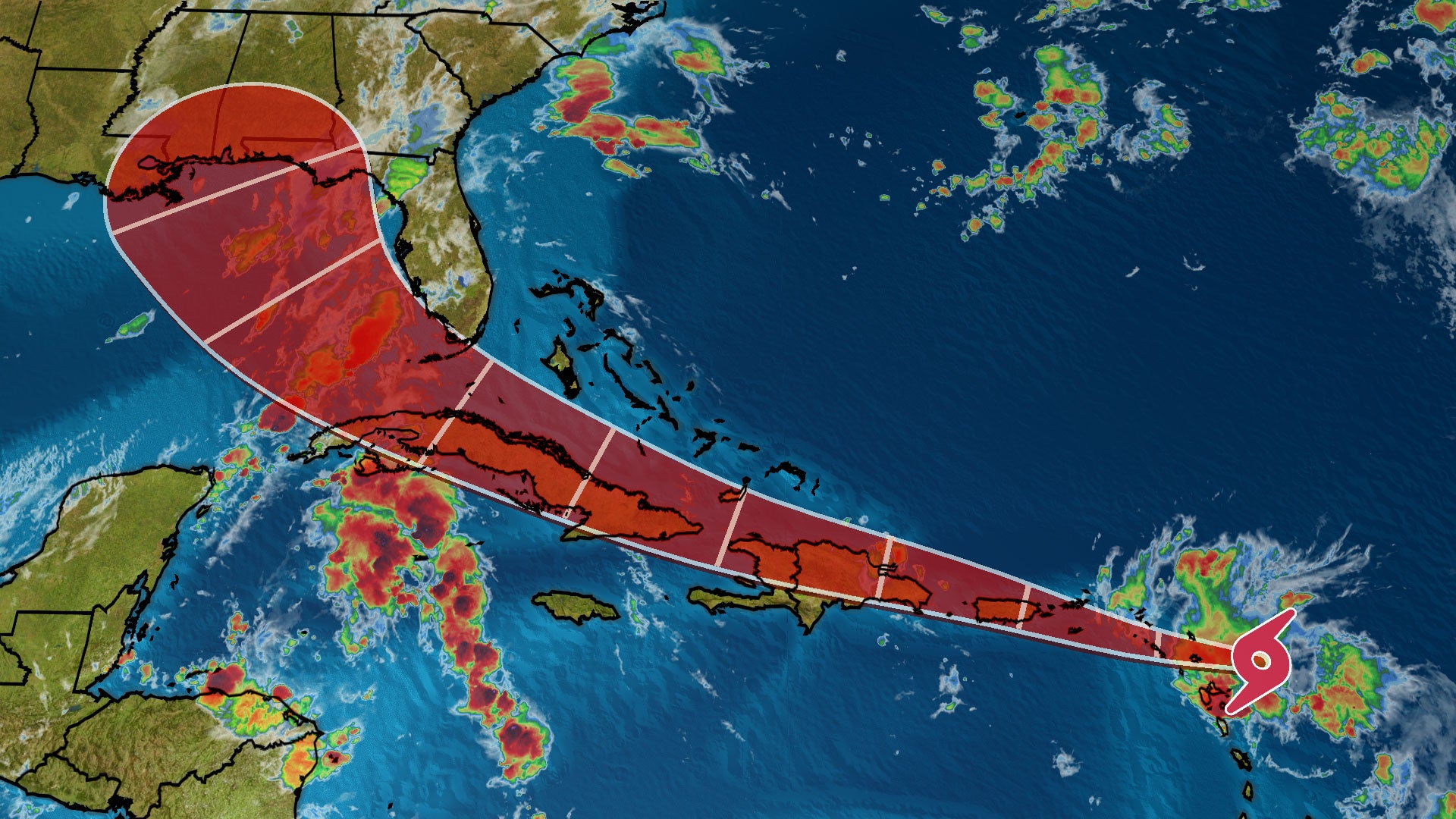 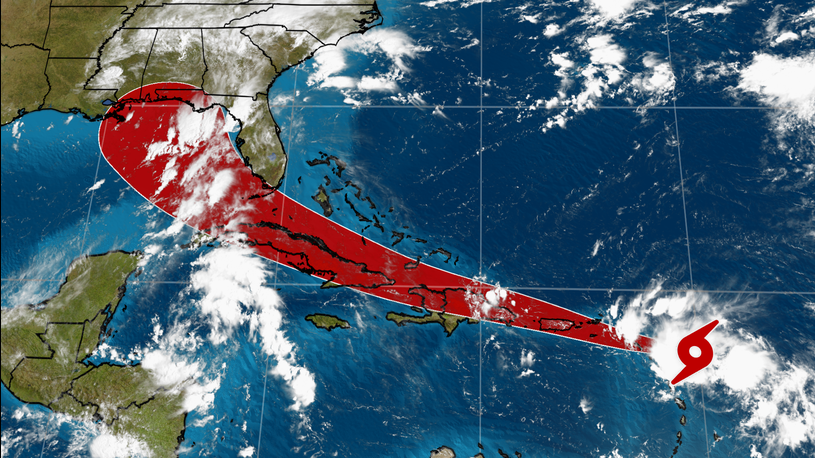 Tropical storm Laura will hit the Leeward Islands, Puerto Rico and the Virgin Islands with rain and gusty winds this weekend. Laura could then head to Florida and the Gulf of Mexico early next week, possibly as a hurricane. However, the forecast intensity and the course at this point in time are highly uncertain.

This is the earliest recorded storm named “L”. The previous record was Luis on August 29, 1995.

Tropical storm Laura continues to move rapidly from west to northwest towards the northeastern Caribbean. NOAA’s Hurricane Hunter aircraft found its center to be further south than previously thought, causing the projected path to shift south.

Tropical Storm Laura is likely to move west-northwest on the southern periphery of a high pressure system to the north fairly quickly for the next few days.

Tropical storm warnings have been issued for parts of the northern Leeward Islands, the Virgin Islands and Puerto Rico. Tropical storm conditions are expected within 12 to 24 hours within the warning area.

Rainfalls and gusty winds from this system will spread to parts of the Leeward Islands and Puerto Rico by Saturday.

Regardless of the strength of the system, heavy rain is possible on site, which can trigger a flash flood.

Rainfall levels of 3 to 6 inches are possible in Puerto Rico, the Virgin Islands, and parts of Hispaniola, with a maximum of 8 inches or less along the eastern parts and southern slopes of Puerto Rico, the Dominican Republic, and Haiti according to the National Hurricane Center.

The northern Leeward Islands11, the southeastern Bahamas, and the Turks and Caicos Islands are expected to have 1 to 3 inches of rainfall, with a maximum rainfall of up to 5 inches.

This precipitation can cause mudslides in the islands’ elevated terrain.

The National Weather Service has issued a flash flood clock for Puerto Rico and the Virgin Islands. According to the NWS, there is a high risk of flash floods and mudslides in steep terrain this weekend.

Uncertain forecast for the USA

The National Hurricane Center’s forecast shows Laura will approach Florida and the Gulf of Mexico as either a major tropical storm or a hurricane early next week. However, making this forecast is not as straightforward as it seems and you can expect changes in the next few days.

Warm sea temperatures and low to moderate wind shear are factors that favor the steady strengthening of this system over the weekend.

However, a major obstacle that could affect this system is the possible land interaction with the higher terrain of Hispaniola and / or Cuba. There is also the possibility of dry air being drawn into this system, which is another barrier to reinforcement.

These conflicting forecasting factors mean that a wide variety of outcomes remain possible.

Listed here are some, but not all, of the scenarios presented in various computer model forecasting guides.

1. This system approaches Florida and then moves into the Gulf of Mexico as a tropical storm or hurricane.

2. Dry air and / or land interaction will cause this system to disintegrate before it reaches Florida or the Gulf of Mexico.

3. The system will remain weak or even disintegrate for the next few days, but will reorganize and strengthen as it approaches Florida or the Gulf of Mexico.

It could also interact with Tropical Depression Fourteen, which is currently in the western Caribbean but is expected to extend into the Gulf of Mexico.

The bottom line is that it’s too early to know what impact this system could have on other parts of the Caribbean or mainland America. When that system reached the mainland of the United States, it wouldn’t be until early next week, in parts of Florida first.

All interests along the Gulf Coast and the southeast coast, including Florida, should closely monitor the forecast. Check weather.com for updates.

The Weather Company’s primary journalistic role is to cover the latest weather news, the environment and the importance of science to our lives. This story does not necessarily represent the position of our parent company, IBM.