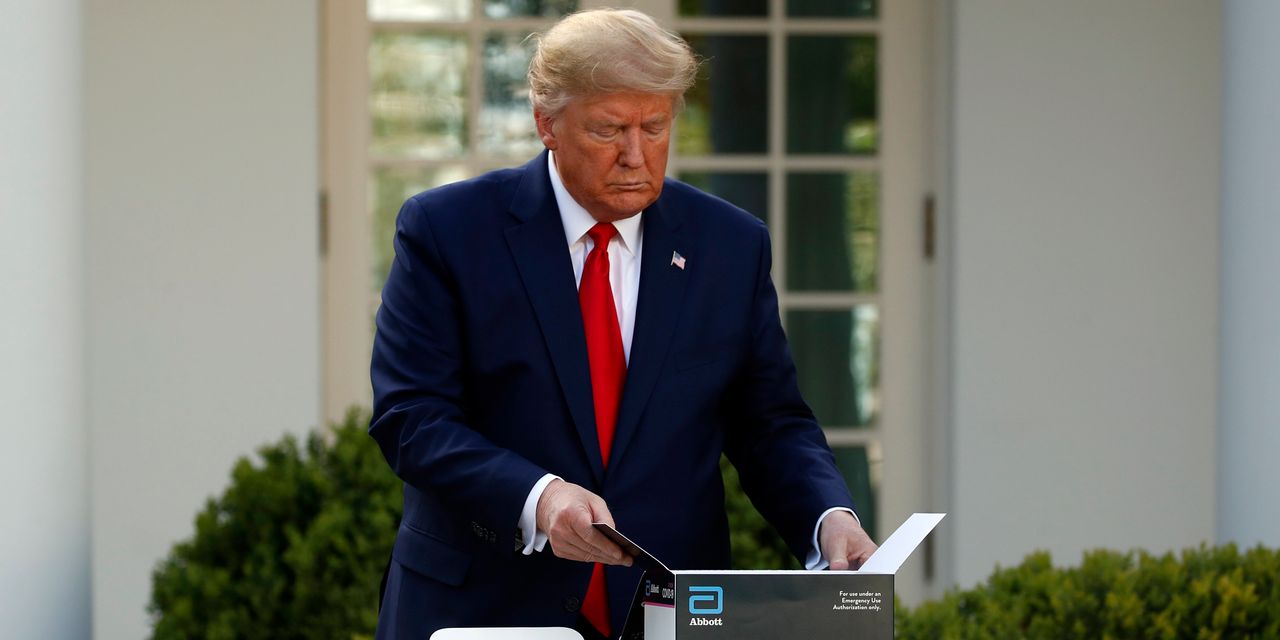 The Food and Drug Administration on Wednesday gave the company emergency clearance for a $ 5 rapid Covid-19 antigen test, roughly the size of a credit card. The test can be done in a doctor’s office or school nurse’s office, and uses technology similar to home pregnancy tests. The results are returned in approximately 15 minutes.

“This is an important development that will help our country stay open, get Americans back to work and get the kids back to school,” said Alyssa Farah, senior White House advisor.

The announcement comes as the president is expected to announce his response to the pandemic in his speech Thursday night at the Republican National Convention, where he will officially accept the party̵

7;s nomination for the second time.

Abbott said Wednesday it plans to ship tens of millions of the tests in September and expects to increase production to 50 million tests in October. The October total would be roughly twice the number of tests done in the US in July.